Why I’m Going to the ABBA Voyage Concert (Even Though ABBA Won’t Be There!)

For ABBA fans this month has been momentous.Not only has brand new music been released after the foursome finally reunited in a studio but there’s to be a concert too and I HAVE TICKETS!!!!! 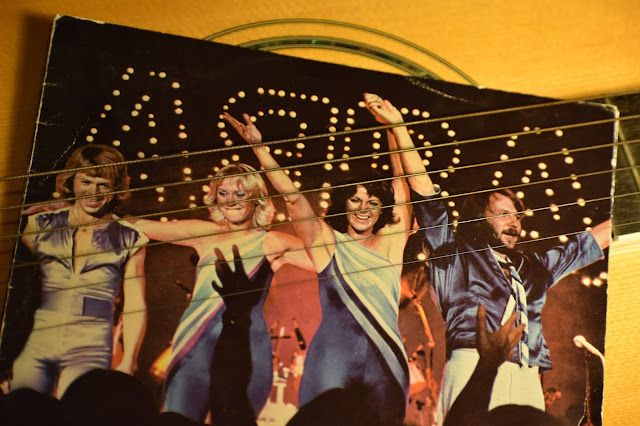 Waiting for the livestream launch of the first two singles off the new ABBA VOYAGE album I was nervous. Ive been a fan since childhood, defended them through the dark years when they were considered clingy and cheesy by many, and basked in their new found popularity, aided by the hit Mamma Mia musical and movies.

As an aside, I liked the films, the first more than the second even though Pierce Brosnan rather murdered music throughout. It’s a good job he’s pretty. In the follow up film seeing Cher giving “Fernando” a new spin with her distinctive tones was quite a moment and we are still laughing at how it was totally slightly shoehorned into the second film. We theorised that they wanted Cher. She told them she’d be in it if she could sing her fave ABBA song. They said:”Sure!” And then she picked “Fernando”.

Back to 2021 and although I’ve yet to venture into a cinema or theatre there was no doubt in my mind that it was worth risking whatever new variants of COVID might be lying in wait to get tickets to the concert at a specially built venue in London’s Queen Elizabeth Olympic park.

My eldest daughter would go to literally any gig so she was happy to accompany me as due to my many varied and dull but disabling health conditions I could not go alone. My husband would rather poke sticks in his eyes than endure hours of ABBA.

We logged on at the appointed time, a few days earlier than general release after pre-ordering solid copies of the new album plus T-shirts. I found myself in a queue of almost 5,000 people for one date while my daughter (who was queuing for a different date in case I was unsuccessful) was in a queue of over 5,000.

Luckily it only took about half an hour to get to the front of the queue and we secured excellent seats for June 2022. Queue much squealing with excitement from me.

Now. Here’s the thing. Not a single member of ABBA will be joining us in London in 2022.

Agnetha, Bjorn, Benny and Anni-Frid were filmed in Stockholm in their native Sweden while wearing motion capture leotards. They performed every song for the concert over and over again over 5 weeks filmed by 160 cameras which the technical team claim captured every mannerism, emotion and the sound of their beings to create something that’s not “ a version of ABBA, but actually them.”

There are people who are disparaging about fans paying out to see “holograms” and believe that we are being ripped off. But no true fan would want these stars who are all in their 70’s to put themselves through a gruelling live tour. This is going to be a unique experience, a chance to hear brand new music along with some classic favourites. And I’m told it will be immersive, exciting with a number of surprises.

I never thought I would get to go to an ABBA concert in any format. I am delighted that I am alive in a world which can create such an experience and that it’s happening in a part of the world I can get to. I am finding the whole thing quite emotional and can imagine that seeing the band through the ages in digital form will prove to be quite the tear-jerker, like watching my own life play out before me.

As an example, the single “Super Trouper” was the first thing a boy every bought for me when I was in the last year of primary school. It was Christmas and to be fair most girls in my glass got the same gift from various boys - the single and a box of milk tray chocolates. They must have gone shopping together. I didn’t even know this boy liked me and I was never one of the popular girls (still not) and it was quite an experience being part of the in crowd for even just one day.

And the new music? Personally I think it is, as always, uniquely ABBA and I love it. I can hear that the years have subtly changed their voices but let’s face it, the years have changed all of us who have followed them for so long. I’m looking forward to being able to hear the whole album.

It will be a voyage but I’m happy to be sailing along with my very favourite band.