on October 12, 2015
When I was young it was a real treat to be taken to a chain of novelty pubs in the West Midlands where amongst other delights you could order a Desperate Dan Cow Pie, complete with pastry horns. 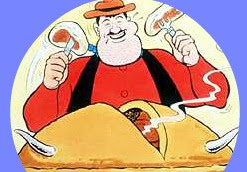 The Little Pub Company had a number of pubs including the Worcester Sauce Factory, the Dry Dock (which had a real canal boat as a bar) and of course the Pie Factory.

I recall the pies being quite a feast with whole potatoes, sprouts, meat, carrots - basically a whole meal under a crust. I believe some of the pubs still exist and still serve the legendary pie but are no longer owned by "Mad" Colm O'Rourke who was a friend of the family.

Pies of course have had something of a revival and recently a friend suggested we hold a pie night where all the guests brought along pie, sweet or savoury. 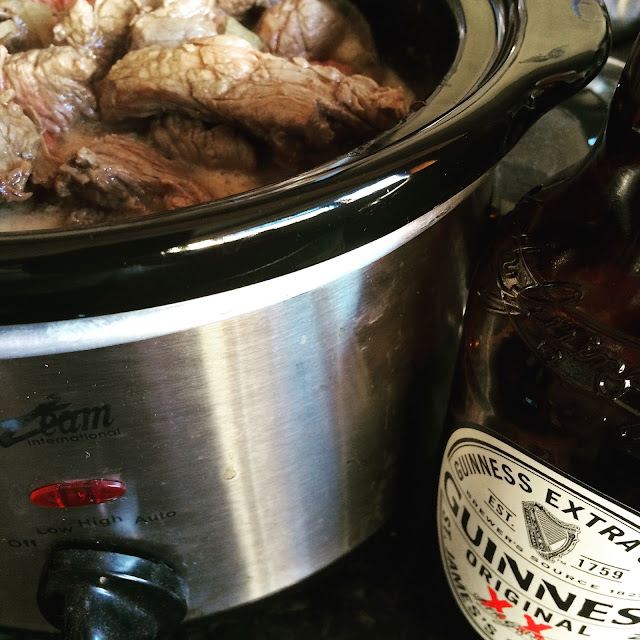 I've been wanting to try and recreate the Cow Pie for years so after a chat with my mum (who used to watch the pie fillings being made decades ago) I decided to have a go albeit omitting the kidney chunks as I am not a huge fan of offal!

Mum remembered the meat being cooked separately from the veg which was part-cooked before being added to the pie dish. I flash fried chunks of quality beef with a touch of garlic and diced onion then bunged it in the slow cooker with half a bottle of Guiness and a gel stock cube and left it to cook for 4 hours before cooling and refrigerating for the following day. 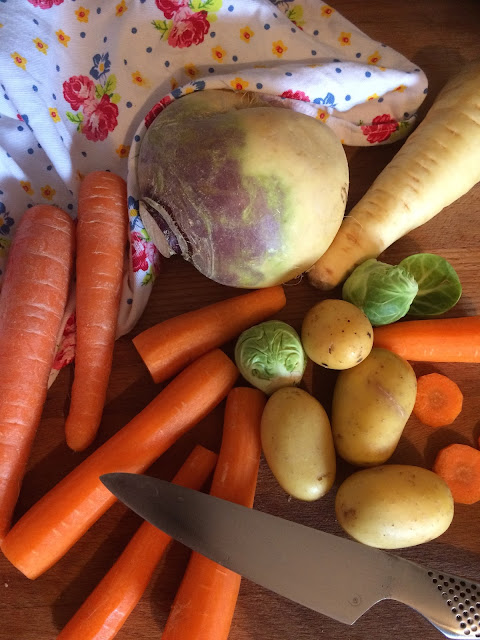 Into my steamer I put sprouts, robust chunks of swede and carrot and thick cut ribbons of cabbage. I used white cabbage as I had been given one from a friend's allotment but any variety would be fine.

I par boiled whole new potatoes and when all the veg was al dente and cool I mixed most of it together with the cold meat and gravy in a large mixing bowl and added some pepper and salt. Some I set aside for a meat-free version for two veggie friends. 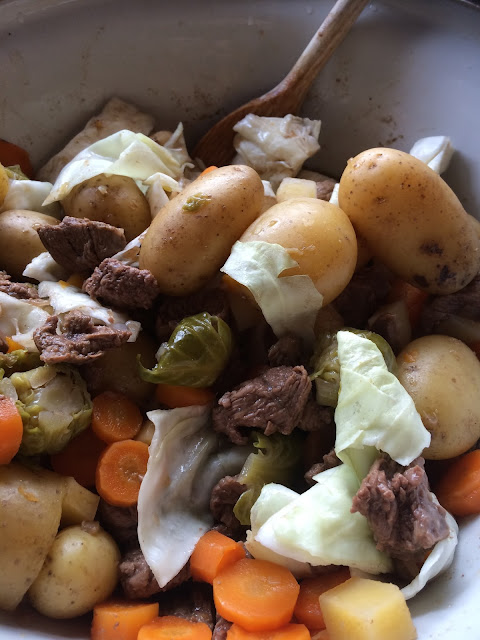 In a saucepan I made extra gravy using beef (but still vegetarian) gravy granules, veg water from the steamer and the rest of the Guiness, and boiled on the hob until thick.

I put the meaty pie mix in a large ovenproof dish and the veggie mix into a smaller dish and poured the gravy over the top. 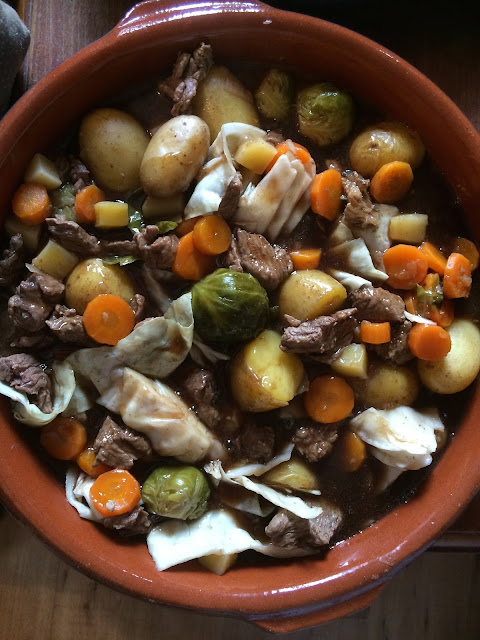 I then cheated and used ready made puff pastry, fashioning horns from the trimmed bits after topping both pies.

I baked the pies at 170 degrees (fan oven) - the small one took about twenty minutes while the large pone which was 1ft across took about 45 minutes!

I have to say I was delighted with the results. I ate quite a lot of the meaty one but unlike in the pubs where the idea was to eat the whole pie solo, I did share with my friends. 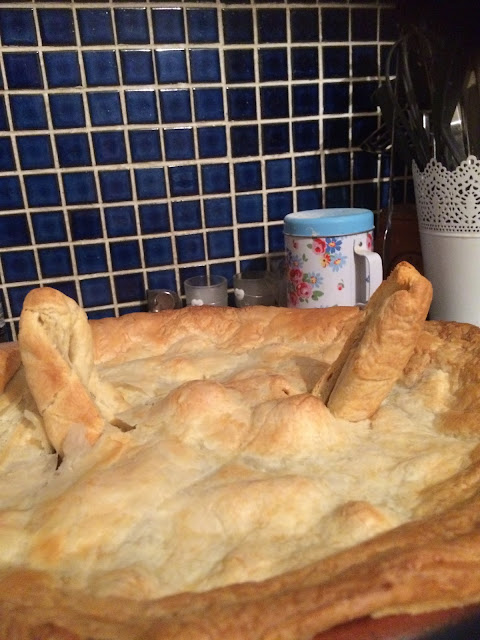 It was nice to be adapt the recipe very easily to make it vegetarian friendly and I would definitely make the pie again, especially since much of the work could be done the day before which is always good if you are having friends round.

You could even theme your evening and invite your guests to come dressed as their favourite character from the Dandy or Beano.

I would love to hear from anyone who has pictures or memories of the Cow Pie or the Little Pub Co pubs back in the early 1980s.
Black Country food cow pie Desperate Dan Desperate Dan Cow Pie Little Pub Company pie recipe steak pie The Pie Factory Tipton themed party vegetarian pie