on January 06, 2013
As you may have spotted from my blog name I am a mother of 7. 5 boys and 2 girls aged from 4-18 for those of you who have either lost count or were not paying attention a few posts ago.
One of the challenges of having a 14 year age range is finding things to do which will entertain or at least mildly amuse, all the children.
This is made even more difficult by them not only being different genders but most awkwardly totally different personalities.
So. Outdoor pursuits! Number 2, 4,5 and 6 are happy. Board games? Numbers 3,4,5 and 6. Movies? All like them-no one can agree on what to watch plus you have the tricky problem of juggling what is age appropriate while still entertaining for all. Console games? Same problem.
Shopping? That's me and numbers 1&2 sorted but the 4 year old just wants to head to the nearest Disney shop and enlarge his collection of Toy Story stuff followed by a fast food treat. He is less enamoured of clothes or homeware shopping
We do all love going out to eat, playing crazy golf ( yes really- even the older ones) and theme parks but until I win the lotto that's a rare treat.
So we often end up breaking off into smaller groups and doing different stuff.
But it occurred to me chatting to a friend yesterday that the benefit of this elongated age range is that having a large family you get to do the cool stuff not once, but over and over as each child reaches the "right" age.
I was telling this friend abut how we "did" Disney's European park. We camped nearby and bought day tickets. This was ok for our limited budget so we did it a couple of times. Our youngest three however hadn't been born at this point so have still not yet enjoyed the Disney experience. As I mentioned before, my youngest daughter was born to be a princess and brioche boy is Toy Story's über-fan. So, fingers crossed, one day in the next couple of years, get to do Disney again. And see their faces as they catch their first glimpse of the castle, Mickey and Belle.
And it's not just Disney. We get to do lots of " firsts" a few times over. First swimming trip, first aeroplane ride, first fishing trip. The older ones might grow tall and let's face it, a bit cynical. But I get to ooh and ahh with loads more kids as they catch their first crab or frog, or woodlouse and place the unfortunate crustacean/creature/creepy crawly into their bucket. And reminisce about how numbers 1,2 or 3 did the same things.
Meanwhile tonight we are all settled in one room ( including our eldest, feeling poorly so home for some tlc) watching Ghostbusters 2. And all is good with the world. 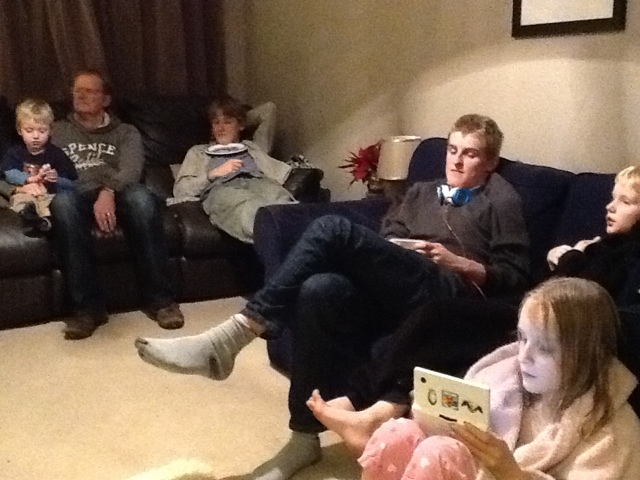