Pets at (my) Home

on January 23, 2013
As you can imagine with 7 children in the house, over the years there have many demands for pets.

Furry, scaly or slimy, at some point we've had a request for most beasts of the earth, sea and sky. I'll tell you about a couple of the pets we have had and you can learn from me and be firm in your negative responses when your children ask for one. 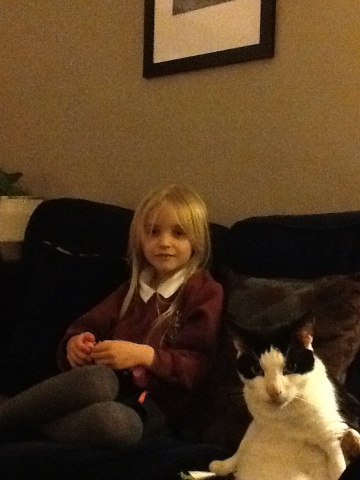 I already had a cat from before the children were born. A slightly bewildered cat who clawed so much if you stroked her that you couldn't have her on your lap. And was so dumb she would be so busy mewing for her food she would not notice you were putting it in her bowl and we would have to physically plonk her face in the bowl so she'd notice the food. And when she'd eaten it she would forget she had eaten and start mewing again. The children were not too keen on her. They wanted pets of their own.

We started small as you do. Fish. "I can cope with fish" I thought. Turns out fish freak me out somewhat. They're ok swimming around, not demanding much attention, just a bit of food. Not terribly interesting of course and predictably after the initial choosing of said fish and assorted outrageously expensive accessories the children lost all interest. Cat quite liked them though.

Amongst my purchases was a net, for fishing ( pun intended) out the little blighter so I could clean the tank properly. Well, not properly, because properly to me would have involved bleach and I gather that's not good for them.

So I gingerly scooped up the first fish and tried to transfer it to its temporary holding unit ( aka my mixing bowl reluctantly donated for the purpose). Well it must have watched "escape to victory" from his tank beacuse as soon as it was out of the lidded tank he did his best to make a break for it and ended up flip-flopping around on the carpet. Eww, eww, eww! I had to scoop it up and dump it back into the mixing bowl and put a plate over the top.

Well put it like this, the tank didn't get cleaned very often after that so although it lived a long ( and slightly grimy) life it wasn't exactly a thing of beauty in my living room.

Ds#2 is less of a cute kitten and puppy kind of guy, more into things most people would call the exterminators out to get rid of.

To be fair, his first pets were inherited. Rats. A friend was moving and couldn't, or didn't want to, take her sons two fancy rats.

They were actually quite interesting. Unlike hamsters and gerbils etc, they stay awake in the day. You can handle them, they eat leftovers, they can learn skills. Not woodworking or cake decorating obviously but they can learn to come to their name, ride on your shoulder, sit or stand up.
They also bite. Mainly because they are very short sighted and if small people poke fingers through the bars of the cage they think its food ( even if, like us, you never feed them through the bars).
A friend visited and her toddler did exactly that and got bitten. Not badly but rat bites bleed. We cleaned it up and applied plenty of antibac cream. My friend very politely made her slightly hysterical excuses and left. I was not too worried as fancy rats are bred in captivity and so are relatively clean, not like plague-carrying street rats! 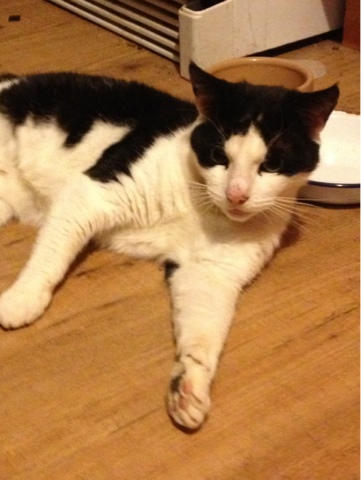 Later she confessed she had taken him straight to the doctor to get the bite cleaned again and checked but had not been entirely honest with the doctor. She had been too embarrassed to tell the doctor her son had been bitten by a rat so had told him a rogue hamster had taken a chunk out of his finger!

Luckily rats don't live very long so after a couple of years we were able to lose the giant cage in the hallway. But meanwhile DS #2 had already put his request in for another pet- a Giant African Land Snail. Did you know they have hundreds of babies at a time, quite regularly, are incestous and can save up the makings of a potential pregnancy for a very long time? I didn't and it was a snaily quirk which led to lots of slimy trouble for our household. But more on that tomorrow......