Rural mouse in the big city

on February 02, 2013
Sorry I'm late posting- your writer is away from home and her normal routine. Three motorways have brought me north and I'm currently happily ensconced at my DSS's house. That's Dear Step Sister to those unfamiliar with chat room abbreviations.

I hate that term-step sister. I always want to put the word "wicked" in front of it and as yet my DSS has not made me sweep cobwebs, gone to a ball without me or tried to steal my prince by forcing my glass shoes onto her feet.

Sister from another mother? Hmm. I'll stick with DSS. Which makes me think of benefits ( UK readers will understand.) but it'll do. 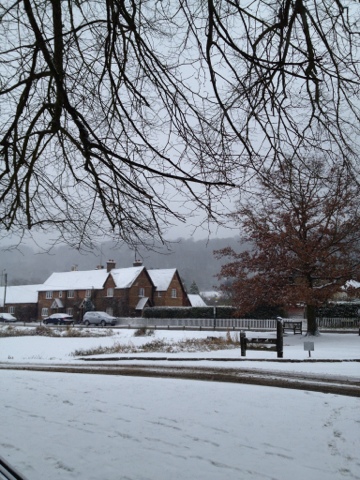 Far from going to the ball without me my DSS and her DH took me and my DH out last night. We planned a few drinks in her "village" local then a curry. Sounds like a quiet night? Wrong! For a start her village is a lot bigger than mine.

My village has one shop, two pubs, a church and a school and a preschool and I consider it quite lively. One night in the pub it was so full I had to glare at someone for a full five minutes before they shrivelled and decided it was time to move on. This was so rare it was a conversation piece for a while! The streets can be filled with as many as ten cars at once at "rush hour" (aka school run) and you can get tailbacks of up to four cars if a tractor, horse box or the bin lorry takes its time to manoeuvre the narrow street passing through the centre.

My DSS's village centre is a lot bigger with a variety of shops and takeaways. ( Including a shabby chic sh*t shop which I'm dying to explore!) There are white lines in the road and everything. And on this night lots of taxis dropping off and picking up Friday night fun seekers. I didn't see a single tractor.

We headed for one of the pubs and as we entered we were hit by a wall of noise. The place was rammed! We forced our way through to the bar and waited around 10 minutes before the bar staff were able to serve us. We stood, awkwardly, being jostled until the Paddington Bear technique worked on a couple. As they prepared to leave we did that thing, lurking close to their table, where you pretend you aren't "bagsying" the seats and you don't wish they'd just stop fiddling with hats and bags and hurry up with the vacating.

When we finally sat down we remarked how loud it was. DH wished he had access to some sort of decibel measuring gadget (which I now remember we have on our smartphones) so he could check if the level was legal. That makes him sound a bit tragic but it really was loud!

We finished our drinks and headed for the Indian restaurant a few doors away. DSS had reserved a table and we were a bit late so it had been given away. I inwardly laughed! I can't remember the last time I had to reserve a table in any of the Indian restaurants within a 30 mile radius of my home. They never ever seem to be busy.

Well we didn't wait long and we had a lovely meal. The waiters were cheeky and chatty which was another shock. My experience down south is that the waiters in any restaurant are generally unobtrusive and largely quiet. They may make polite observations about weather etc but don't chat much so I was hardly prepared for the lads last night who teased us, constantly cracked jokes and took our teasing back in good heart.

And another surprise was that we didn't leave the restaurant til after midnight. But it was still busy. No staff member was tutting or looking at their watches or standing nearby staring pointedly at us as soon as the clock turned to 10.30 - all of which happens to me and my friends at an Indian restaurant near my home.

DSS thought the pub and restaurant were particularly busy because it was payday. And that might be true. But I suspect that even on a quiet night it is busier then it ever is in my neck of the woods, possibly because of the sheer volume of people living in the West Midlands conurbation. And although I lived in the Midlands for 18 years, I have lived "down south" for 21 and last night made me realise I have well and truly lost my big city ways and turned into a country mouse.