on November 21, 2013
I believe that when you have a large family it's important to make sure that each child still feels special. We try and spend one to one time with all of them, whether it's a mummy-daughter shopping trip or a Dads and lads trip to the local tip! 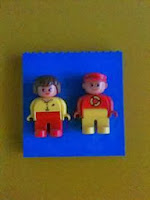 A couple of years ago I was lucky enough to have been offered the chance to join my friend and her family on a short break to Legoland in Denmark. They invited DS#3 to come along too, since my
friend's eldest son is one of his best friends- they are almost like brothers in fact!

It was particularly nice for him to have a treat - he has suffered a lot of physical pain and bullying in his 14 years of life due to a serious bone infection when he was a baby which left him with permanent damage in his spine and other bones, and made him much much shorter and smaller than his peers. 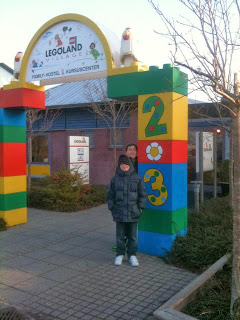 Anyway, flights and accommodation booked. All we needed to do was pack! We checked the weather forecast. It said it would be cold. We factored this in and I even bought mad fleecy contraptions for myself and my friend which could be used as hats, scarves, snoods or half-balaclavas.

I was very glad I bought them -put it like this, the world "cold" did not really cover the freeeeeezing wind which we soon discovered whistled round any exposed skin as we walked from Billund airport to the Legoland village. Top tip if you go - don't try and walk it on a cold day - it's not far but it's not an easy walk and it's worth waiting for the bus!

As soon as we got to our hostel we soon forgot the discomfort. Despite being the budget option the rooms were awesome- basic but warm and comfy with lots of funky Lego touches like the signs on the doors and the Lego birds on the roof.

When we got to the actual amusement park we were even more thrilled. It had a lovely cosy feel so you didn't feel like you were walking miles (with no hills!) but was still being packed with lots to do and see. 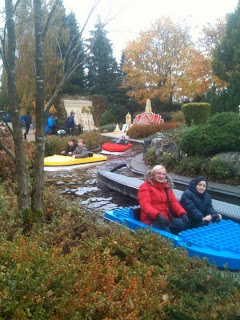 DS#3 and his friends excitedly planned their route round the park and it was so nice when he asked me to go on some of the rides with him. We chatted and laughed and took lots of photographs. It really was a very special weekend.

The whole family is a bit Lego mad and over the years we have accumulated a huge number of bricks and people. We prefer to make our own models rather than stick to the kits which make one or two specific models.

And we are all very excited about the up-coming first ever- full length theatrical LEGO film. Watch the trailer (below) and get a sneak preview of the fun to come on the big screen for Lego fans, young and old.

The film, featuring the voice talent of huge Box Office names like Liam Neeson, Morgan Freeman and Will Ferrell, will be in cinemas from February 14, 2014. 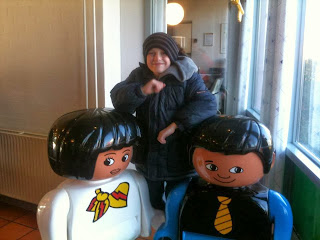