on February 12, 2014
Now bear in mind that when I agreed to this it was a quiet time for me, blogwise. The  invitations to review things were thin on the ground and so when I was asked if I wanted to review lightbulbs I figured at least it would give me a creative challenge.

I do like to try and make my reviews interesting but even I struggled to immediately think of an amusing way of telling you about light bulbs.

Then I thought about all the different sorts of lightbulbs you get now - halogen, LED, R30, candle, spot, spiral, warm white, bright white.....

Stand in front of the lightbulb display in any major DIY store and you will soon realise it's not just as simple as screw-in or bayonet any more! And don't start me on translating the old 60 w into its modern low energy equivalent.

I always forget to take the old bulb with me and gaze mindlessly at the selection and generally end up picking one that looks right only to find it wasn't right. And since I am trying to keep my quarterly electricity bill from rising to the same levels of the country's defence budget in 1944 I always choose the most energy efficient using the A-E guide which even I can understand. Which means a bulb usually costs between £2-£7! Long gone are the four 40w bayonet bulbs for £1 deals. Of course the bulbs nowadays last much much longer so it all works out in  the wash.

Anyway- back to the point! I was asked to choose some lightbulbs to review. I wondered how it would all work and was delighted to discover you can actually buy lightbulbs online here! So no more carrying blown lightbulbs around in my handbag then. Or, more likely leaving a blown lightbulb on the kitchen table and having yet another face palm moment in the DIY store or supermarket. Hurrah!

I browsed through a magnificent selection including many types I had never even heard of and was much aided by the explanation of each type, what they might be used for and how long you might expect them to last. 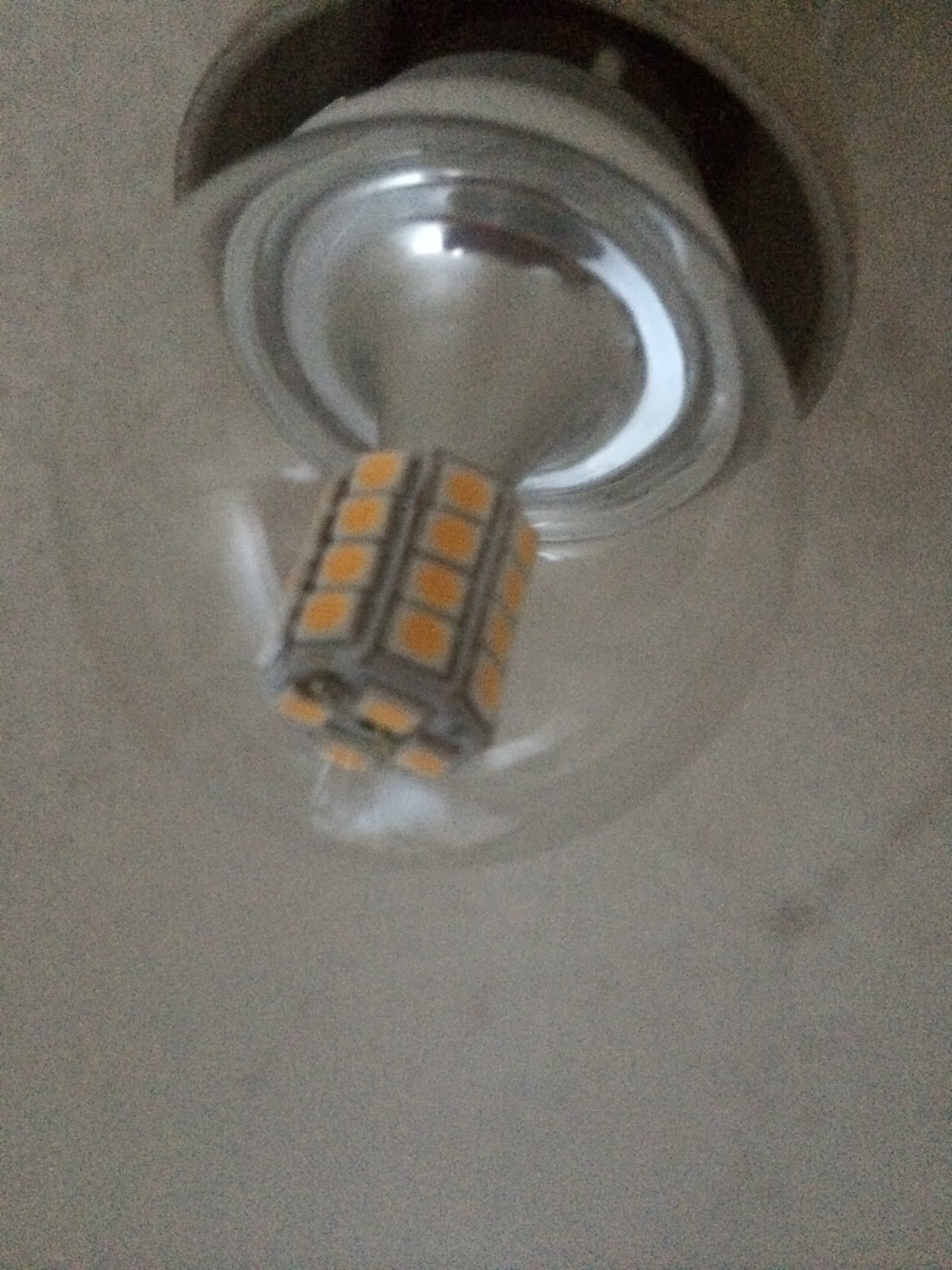 I finally settled on some mega-efficient mini-globes made by Duracell which were 35w (23V) with a small Edison screw fitting. The blurb said this type of bulb was designed to replace an incandescent candle bulb and last 133 times longer than CFL-compact fluorescent lightbulbs (CFL bulbs are the low energy ones which last 10 times longer than old traditional bulbs).

When my bulbs arrived (very well packaged BTW) I was actually quite excited! Yes, I know but these are better than the average lightbulb! Tragically it wasn't just me interested to see the bulbs which don't have a normal filament. Most of my large family crowded round to make Ooh and Ahh noises  at the sight of the tiny little squares inside the globe which give off a fabulous bright light which means visitors to my tiny downstairs toilet can finally see what they are doing in there! If indeed they want to but at least now they have the option. You are going to tell me now that it's just members of my family fascinated with their "output" shall we call it.

I also put one in the lamp I use to read under at night which previously had a spiral bulb in - the new bulb came on much quicker and I take a miser's delight in the fact that it is both A-rated and therefore as efficient as I can get and it will last for absolutely ages.

So there we have it - lightbulbs - more interesting than you'd think, particularly when you realise they can save you money!

Disclaimer: I received three free lightbulbs for the purposes of this honest review - views and opinions remain as always my own.