on March 28, 2014
It's quite hard when you have a big family to find games and pastimes to entertain the whole lot of them, bearing in mind we range in age from 5 to over 50. 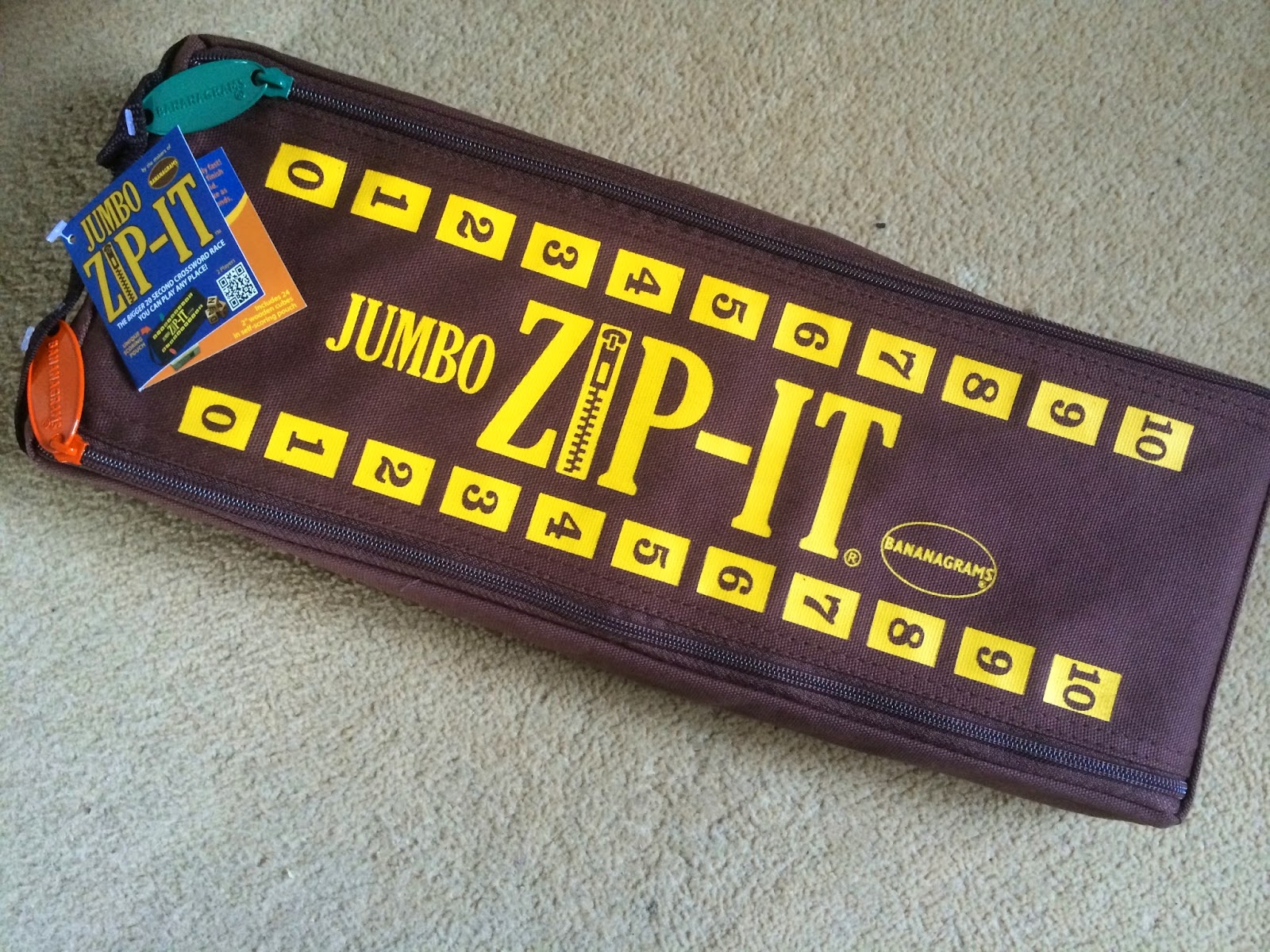 Until this week when we were sent the Bananagram Jumbo Zip-it game to test! The guidance said that Jumbo Zip-it which is a wooden word puzzle packaged cleverly in it's own scoring system was suitable for children aged 7 plus so I initially asked 9-year old DS#4 to play with me.

He's a big fan of Scrabble and similar word games but they can take a while to play so he loved the quick fire challenge of Zip-it.

To play competitors race to use all the large varnished blocks to make a crossword of words. The first one to use all their 12 blocks to make real words (not slang or text speak!) and have all the words spelled correctly wins a point which is marked by moving one of the two zips on the sturdy carrying bag up one point. Opponent spots a spelling mistake? They get the winners point!

After a few games his 7 (almost 8) year old sister came home form her playdate. They got stuck in with enthusiasm and before long all six of my children who live at home crowded round to form teams of three. This included my 18 year old and my five year old. One of these two started (predictably) to spell out "naughty" words like poo and boobies. I'll leave it to you to guess which one was spelling the words and which one was bent double with giggles!

I have to say I was surprised how much my 5 year old loved the game. I worked with him getting him to sound out three and four letter words and telling me which letter needed to go next. Obvioulsy it made it a much slower game and I had to remind the older ones to give him a bit of a head start but he really enjoyed playing and was great practice for his reading and spelling! I will definitely be using the blocks to get him to practice his school spellings with as he had so much fun turning the blocks looking for the right letters.


My 13 and 14 year old children got really competitive when they played together and the game got faster and faster as they perfected their techniques. We actually spent literally hours the first night we got it taking it in turns to play  - even my husband got involved and he normally hates word games.
Jumbo Zip-It has stayed in my living room ever since and I think it'll definitely be a must to take along when we go on holiday. Even though it's the Jumbo version of the game it's still easily portable. And although 7 plus is a good guide for independent play I think it's a wonderful game for you to play with younger children.

DD#1 is our family's Jumbo Zip-It champion - she managed to use all her blocks making just two words at speed earning the tenth and game winning point! 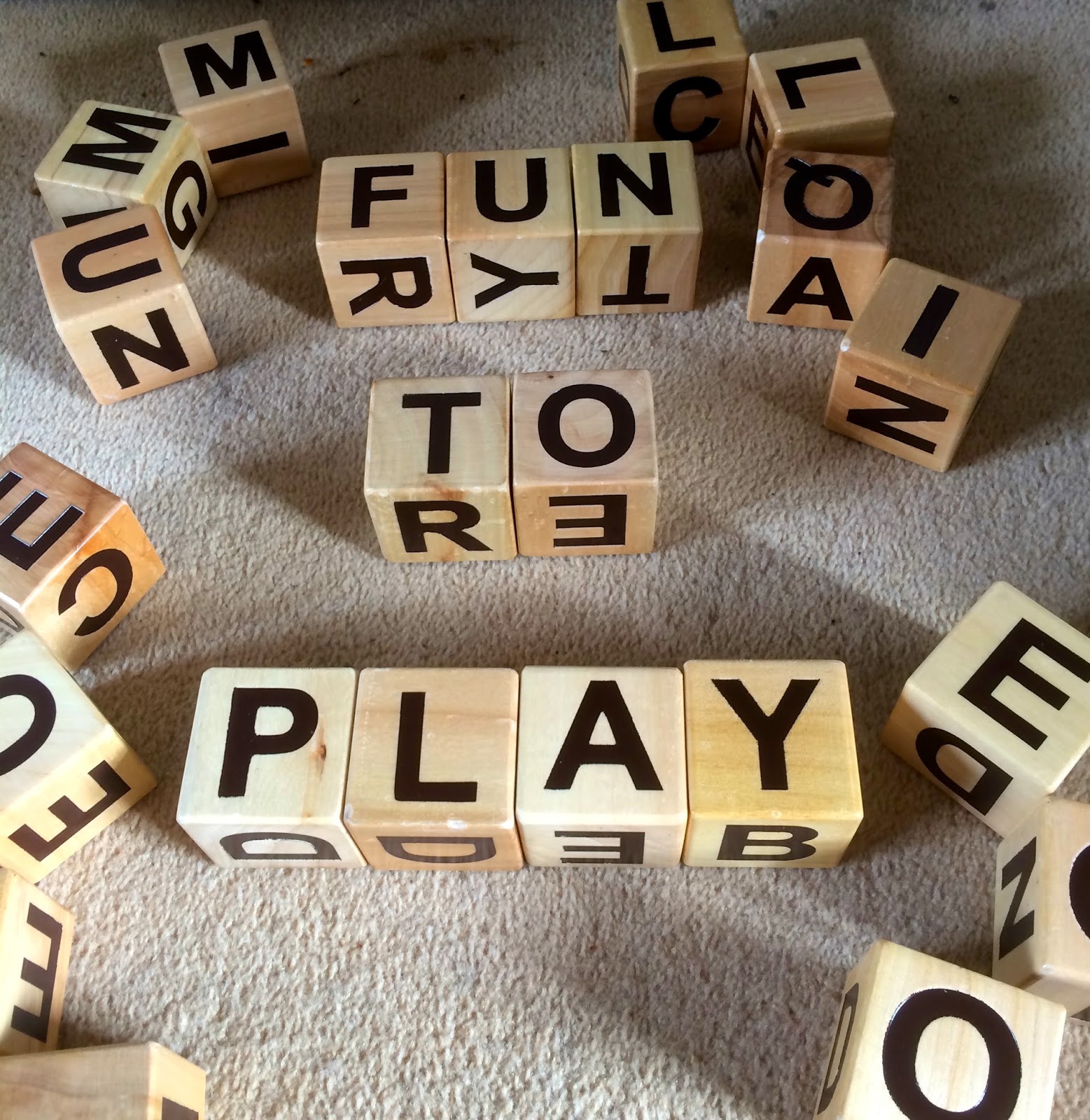