I Am That Woman

on June 23, 2014
"OMG She's doing it!" - that was the comment posted with this picture taken by my friend and fellow blogger Claire Morfee as I took to the stage at #Britmumslive to read one of my posts as part of the Bloggers Keynote at the weekend. 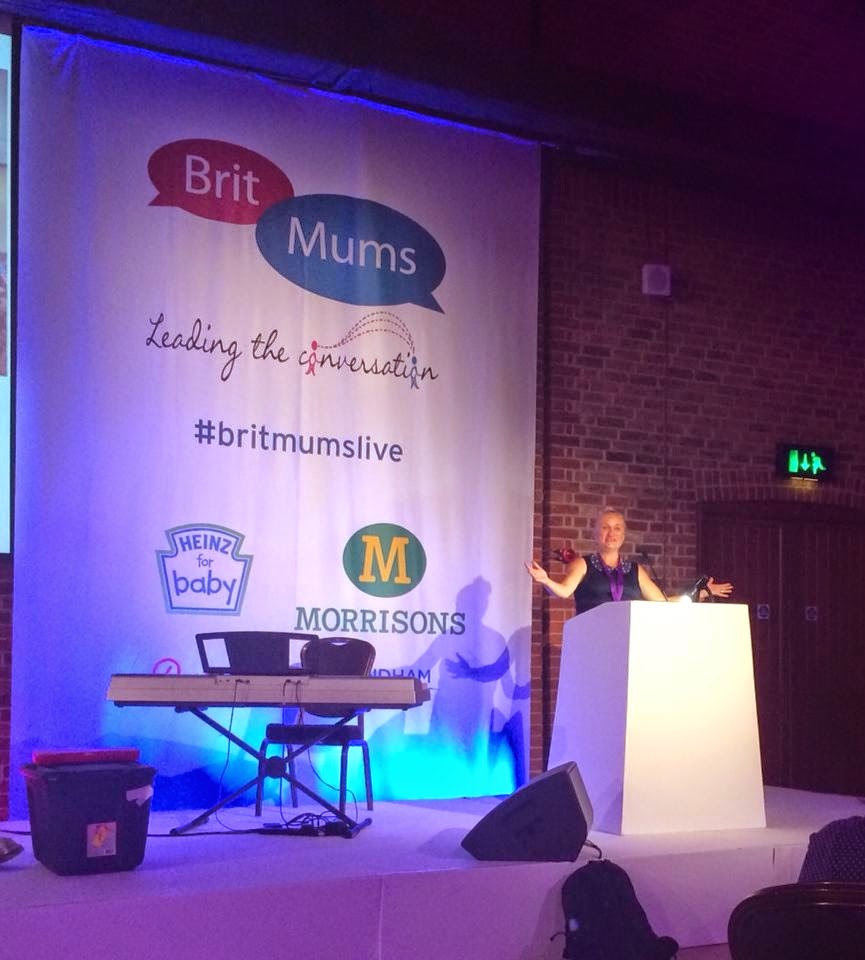 She knew how terrified I was - had followed my journey from my excited shrieking when I first got the email inviting me to speak, through the dress shopping, hair-style discussions right up until the actual day when she was right behind me - figuratively and actually!

The FDIL was up front with her iPad at the ready to record my five minutes of fame for my family and in between them I quaked feeling increasingly stupid, scared and sure that I would be faced with a wall of silence.

I had spent the whole day in a state of... well just a state really. Let me give you an example of how nervous I was. I was booked into a nearby hotel with FDIL, Claire and DH and DS#1 and had pre-paid for breakfast. Normally I take full advantage of the spectacular breakfast starting with cereal, moving onto a full English and finishing with lots of toast and marmalade all washed down with every one of their fruit juice choices and lots of tea.

Thankfully during the day I was able to pick at the spectacular Morrisons buffet - mainly on pineapple which they served with a double dip of a sweet fruity sauce and crumbled biscuit! I didn't touch the chocolate or lemon tarts, delicious as they looked, and couldn't face any of the delicious smelling dishes offered by Britmums for lunch.

By the time 4.45pm rolled round I could only sit, trying not to sweat or cry. Trying to smile and engage whilst just wondering if words would come out of my mouth when I got to the lectern. Or if I'd even make it to the lectern without tripping up and displaying my substantial mommy underwear.

Those of you there know neither of the above fears materialised. Turns out I am part performing chimp and as soon as I stood in front of the sea of faces I went into show-mode and read my blog post without too many fluffs. 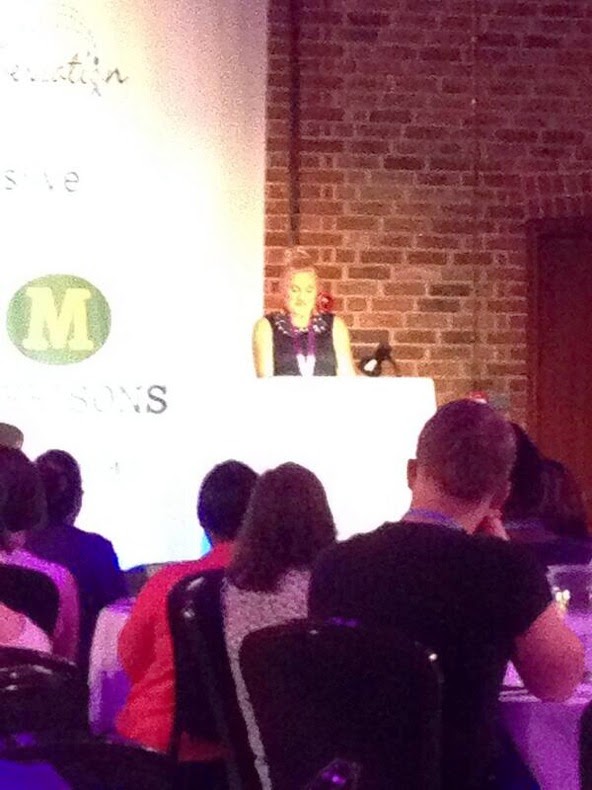 I sat down with friendly applause ringing in my ears - I speak "up front" at Church quite a lot but of course no-one ever claps so that was new to me. I looked up at the screen and spotted that they'd displayed pictures of my children. That nearly broke me. I felt so proud of them, myself and my blogger friends.

You see, for the last couple of decades I have been "that woman with 3,4,5,6,7 children."  And at the weekend I realised I am more than that now.

I am that woman who spoke in front of 100s of people in the same industry - spoke out loud the words that flow from my head through my fingers usually when I'm alone to people who apparently want to hear my voice.

I am that woman that people approach to ask for help with promoting their causes and businesses. I am that woman who people feel they know enough and think enough of to ask advice of.

I am that woman who can be whatever woman I choose to be. And for the realisation of that I thank Britmums and all of you who clapped my keynote speech at the weekend. 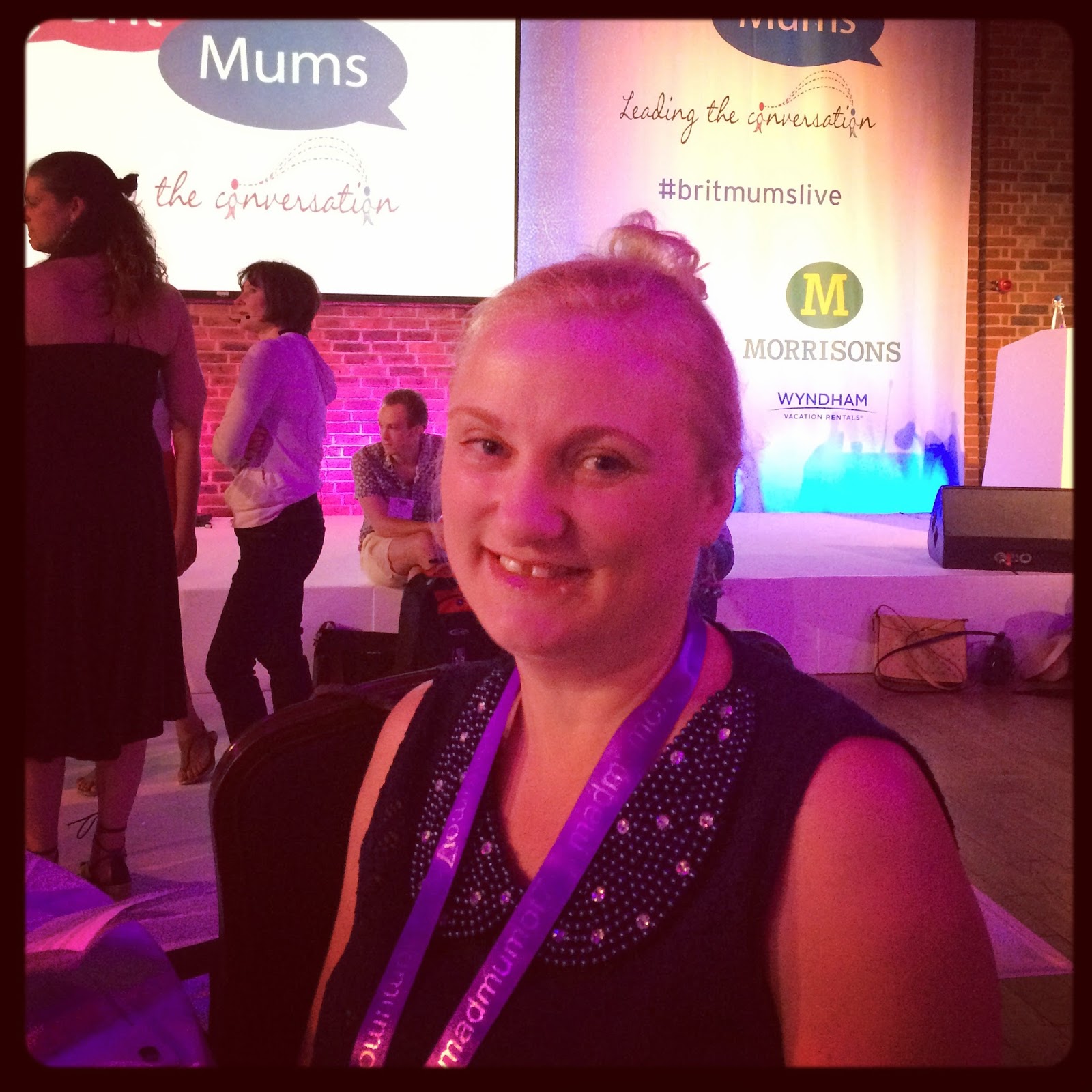 Disclaimer: This is not a sponsored post. I just really enjoyed the Morrisons buffet!