Would I recommend a family holiday at Butlin's at Bognor?

on June 01, 2014
We received one of those email customer survey forms from Butlin's on Friday- y'know the ones asking "on a scale of 1 to 10 would you say you strongly agree or strongly disagree with the following statement" 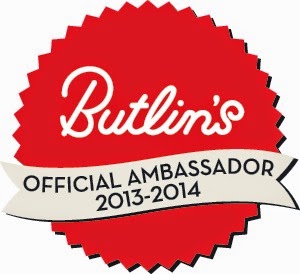 The survey popped into my inbox just hours after our holiday ended and we had left the Bognor site in West Sussex, overlooking the sea and a nice shingle and sand beach.

We stayed at The Wave Hotel - DH and myself and 6 or our 7 children from Monday to Friday in half term (May 2014) and had eaten in The Deck Restaurant on a premium dining package.

I took the survey really seriously. I am, for a few more weeks anyway, a Butlin's Ambassador but I was determined not to allow the treat of a "free" holiday sway my opinion. And it was really useful to be able to take the format of the survey to concentrate my thoughts and report back to you Dear Reader.

So. Would I recommend Butlin's to friends and family? Oh hell, yeah! I had expected to find it a bit tacky, a bit Hi-De-Hi and frankly jam-packed with badly behaved children high on sugar and the excitement of being wound up by dodgy dancing mascots. And maybe more than a few badly behaved adults taking advantage of the  many places to buy alcohol within walking distance of their accommodation. 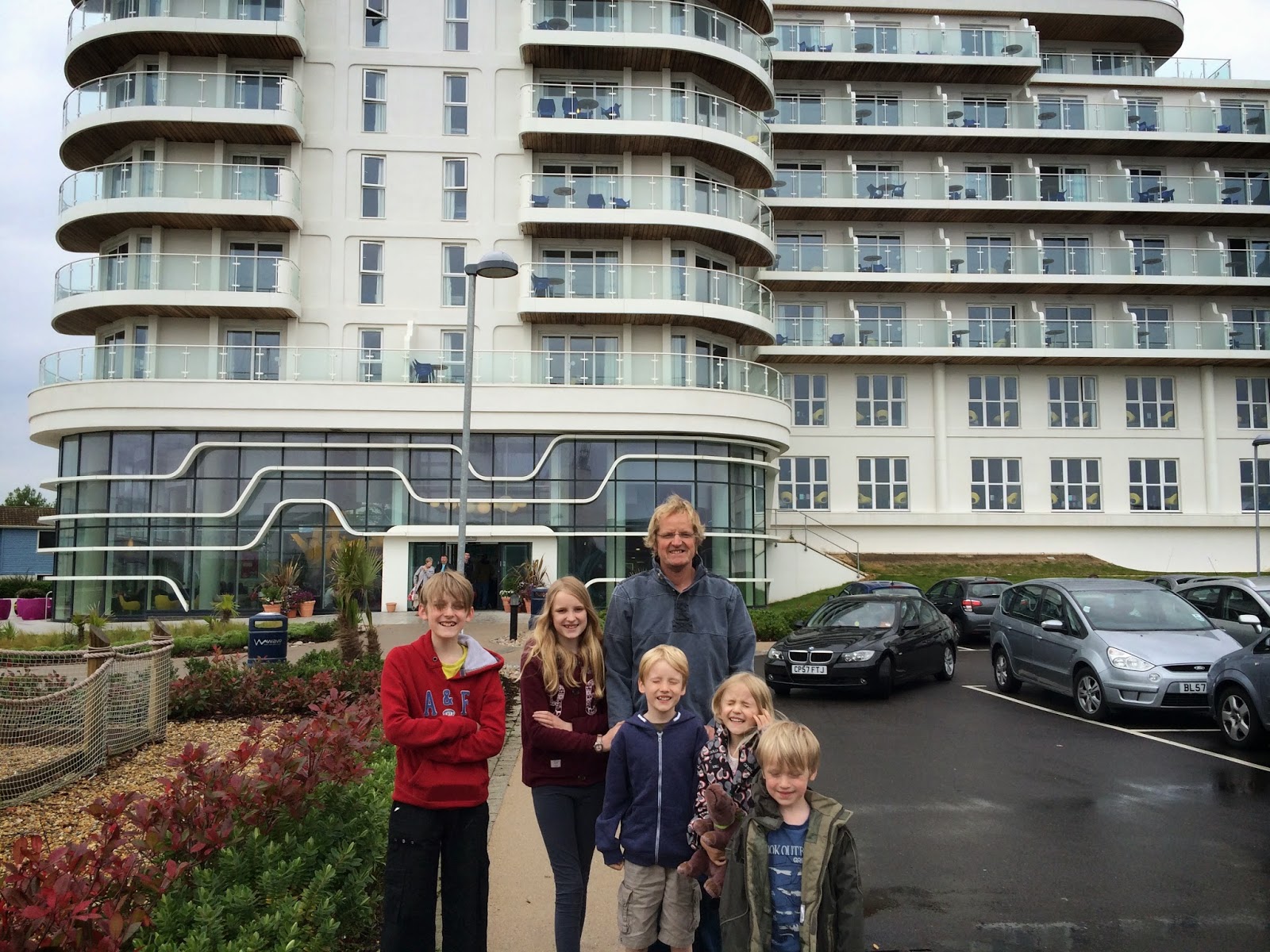 Let me tell you - it was nothing like that. Butlin's has invested a lot of time, money and careful thought re-creating a lovely gentle vintage feel to many aspects of the brand and this retro chic bringing the best of British seaside fun from a bygone era works really well.

We observed smart well-dressed families smiling and having fun - very few screeching toddlers and apart from one child whose challenging behaviour was more amusing than annoying mostly children played nicely together on the playgrounds and soft play. Families queued in perfect British style for food and fairground rides and drove round the park on scooters and hire-able pedalling things in a considerate and happy fashion.

Even in the evening the mood was happy with a nice buzzy atmosphere which was never threatening and I was happy to spend time enjoying the amusement arcade's 2p falls even with the younger children.

Would I recommend the food? Yes I would. I was pleasantly surprised to discover that in The Deck at least it wasn't just "brown food" with two or three choices of deep-fried frozen stuff. There were crunchy vegetables, a different carvery roast every day, interesting salad choices, freshly prepared pasta and lots of fruit choices. Yes there were burgers, fish fingers and nuggets too but at least I could assuage my mommy guilt when they added sweetcorn and broccoli and an apple to their school-style trays. 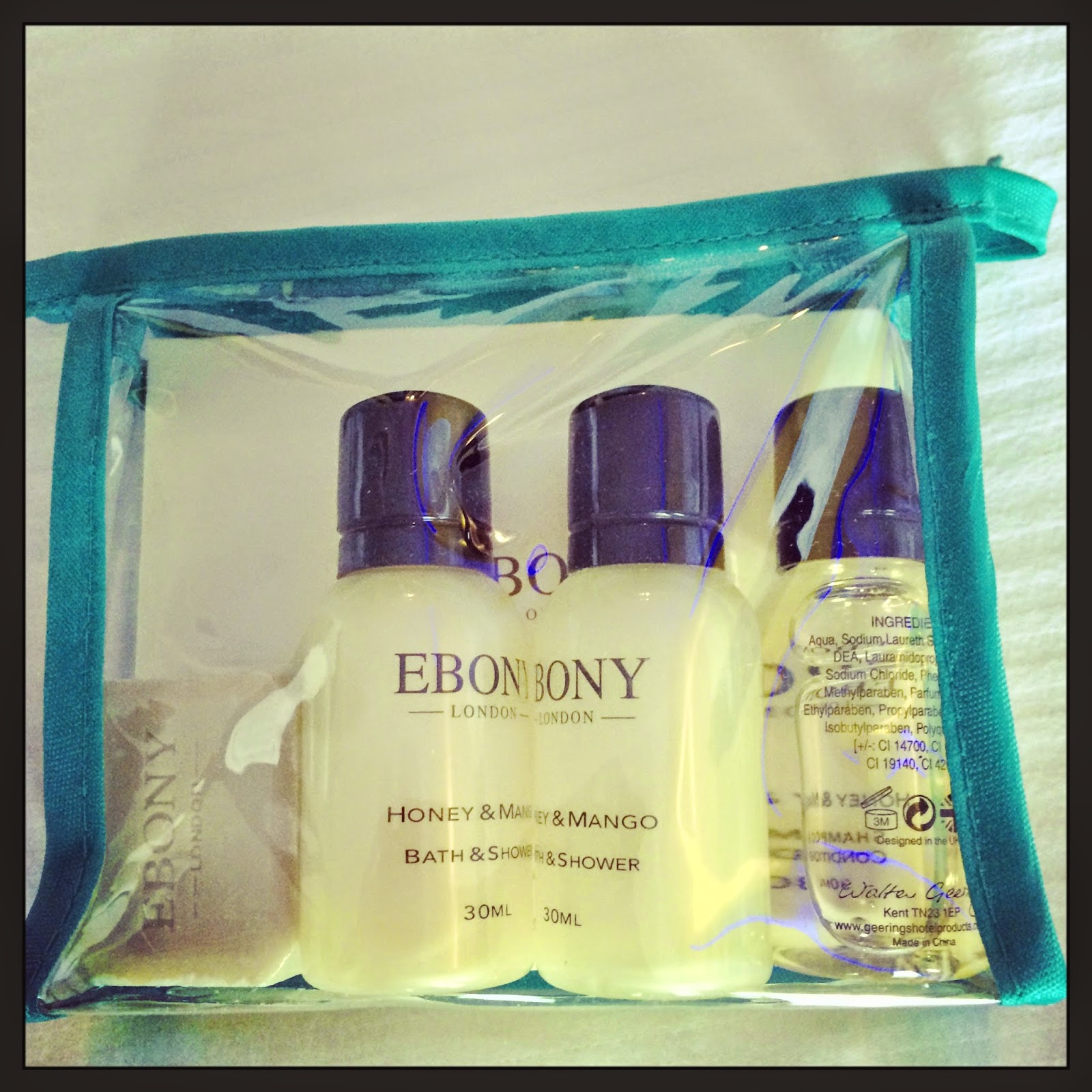 Was I satisfied with the accommodation? We had a double, two bunk rooms and a twin in an interconnecting suite to fit our large family in and it was brilliant!

I expected it to be fairly basic but was delighted by unexpected treats like the toiletries in the bathrooms, the elephant towel sculpture on our (comfortable) bed, the colour changing disco shower and the well stocked tea and coffee making area which took us ages to find hidden in a wardrobe along with the fridge and safe!

The fridge was useful - we stocked it with  snacks and drinks for our hard-working 18-year-old who spent hours in his room revising.
On that note, I hadn't realised there would be a decent-sized Spar store on site. OK so it was more expensive than he supermarket 10-15 minutes walk away but not enough to deter me from using it for convenience.

Not that we needed to buy a lot. Being a thrifty sort I had planned to make lunches every day (dining packages are half-board) but we ate so much at breakfast and dinner we really couldn't manage lunch or snacks! We treated the children to milkshakes at The Diner (a fab new addition to Bognor with singing 50's-style waitresses and a gorgeous vintage feel) and impulsively I added a couple of portions of fries and onion rings to our order.

They were very nice - proper "homemade" style onion rings but we just couldn't finish them, especially after the giant ice-cream-laden milkshakes. 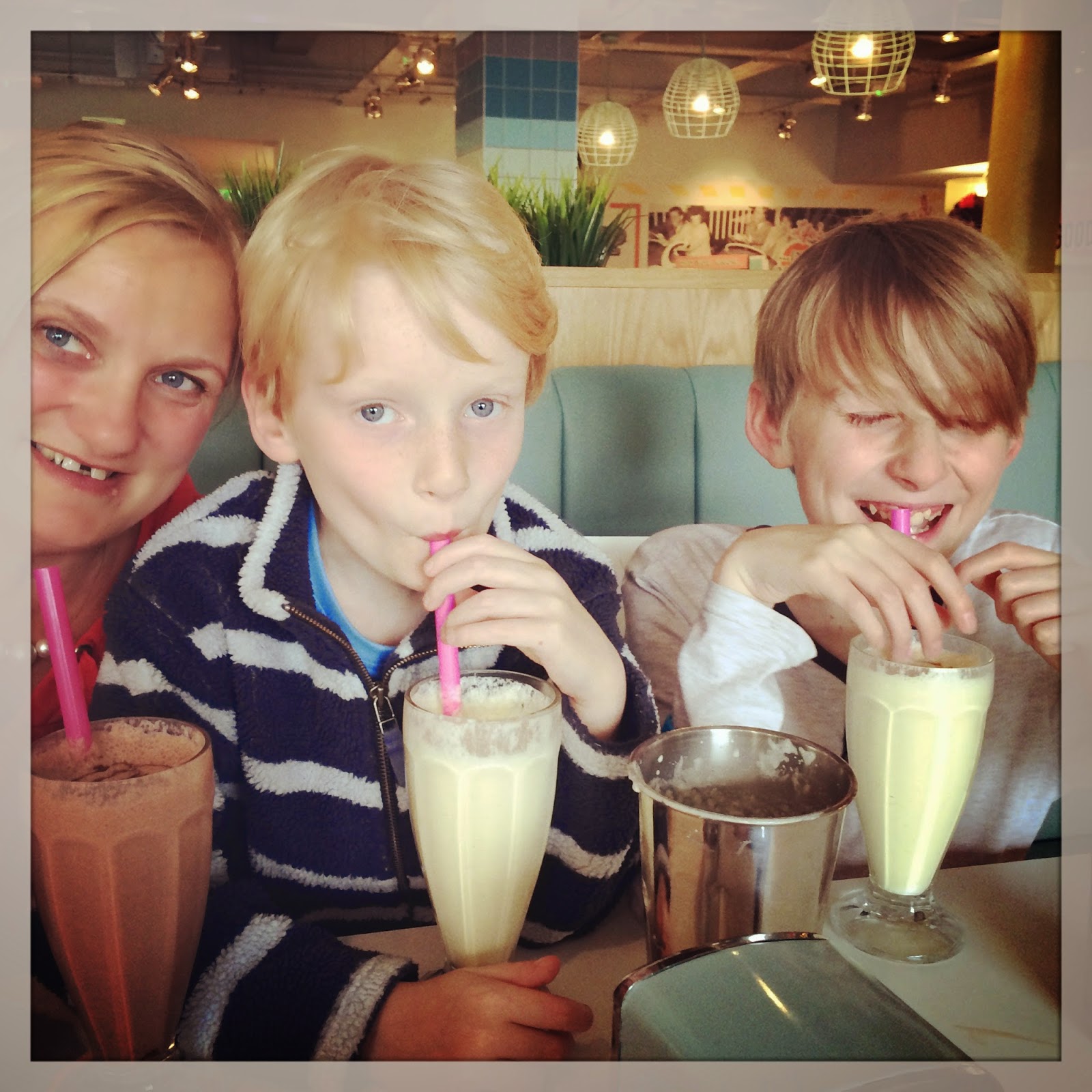 Entertainment? Hmm. Well I'm not one for organised entertainment and I hate queuing so I have to confess that apart from a few events going on onstage in the Skyline we didn't see any shows. I couldn't bring myself to fork out £15 per person for a B-line pass to jump the queues but there was so much else to do we didn't mind missing the shows.

The Kids Clubs were another unexpected bonus. My teens loved the VIP club which worked out great value as members got discounts on things like the Go-Karts, archery and spa. My daughter had her nails done professionally for £2.50!

My only niggle was that we specifically signed to say we would collect our 9-year-old son but twice he ran way ahead of the Redcoat ferrying them from their activity back to The Zone and found us-there seemed to be no organised handover system. Maybe they could give out an extra wristband for the children whose parents wanted to collect them so at least then the Redcoats could count them in and out?

To be fair the site felt safe and (usually a nervous parent) I felt very happy for the children to have probably more freedom than they do at home. My younger teens couldn't believe their luck being able to go swimming or down to the well-stocked Game Port without us whenever they felt like it!

Another interesting point during the holiday was how staff handled a breakout of a sickness bug. There are hand gel stations everywhere anyway encouraging you to sanitise and urging you to tell someone if you feel ill. But when the worst happened and some people DID get sick they swiftly implemented measures to limit the spread. There were extra staff in The Deck serving food instead of the help-yourself system, restaurant staff smilingly but firmly encouraging people to use hand gel and staff all over the park increasing an already thorough cleaning and disinfecting routine. 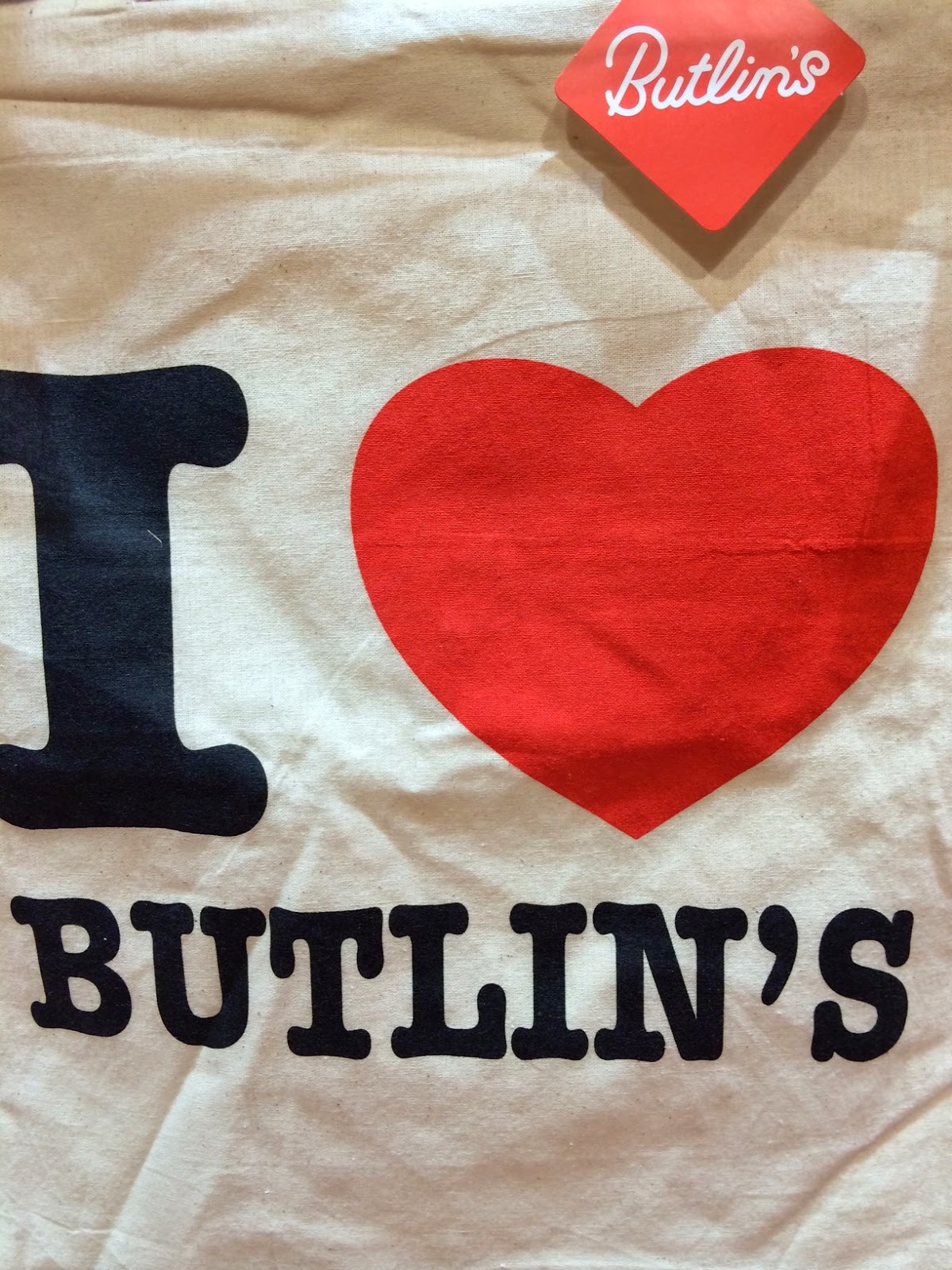 I am told that in a packed resort with 5,500 visitors onsite there were only around 20 cases of sickness reported - I cannot fault Butlin's staff who I felt acted quickly and efficiently to clamp down on what could have turned into an epidemic.

All in all it was a very different sort of holiday from our typical break mainly because it was not the sort of holiday I have ever fancied. But not only did the children enjoy it immensely but DH and I admitted we did too!

It sounded like an expensive holiday on paper but once we had been and realised just how much you get included, especially with the dining packages, we feel it is exceptionally good value for money. You CAN spend out more while you are there - but equally you can have a full and exciting holiday without laying out an extra penny.

Would we return to Butlin's? Absolutely no doubt about it- we would love to!

Disclaimer: My family enjoyed a free 4-night break with premium dining included for the purposes of this review. Opinions as always remain impartial, honest and my own.

Check out all of my Butlin's news and reviews HERE