on July 11, 2014
Well it's Friday! And I can honestly say I am actually glad to have time to sit down and write as I have spent most of the week dashing in and out of our capital city for a variety of reasons, including auditions, networking events and Christmas parties.

Yes, you read that right. It is July but as many bloggers and journalists know July is often the time when companies show off their upcoming Christmas ranges. So I have been scoffing turkey and mince pies, more salmon than a grizzly bear and even got chance to enjoy some snow - in foam and polystyrene format anyway. 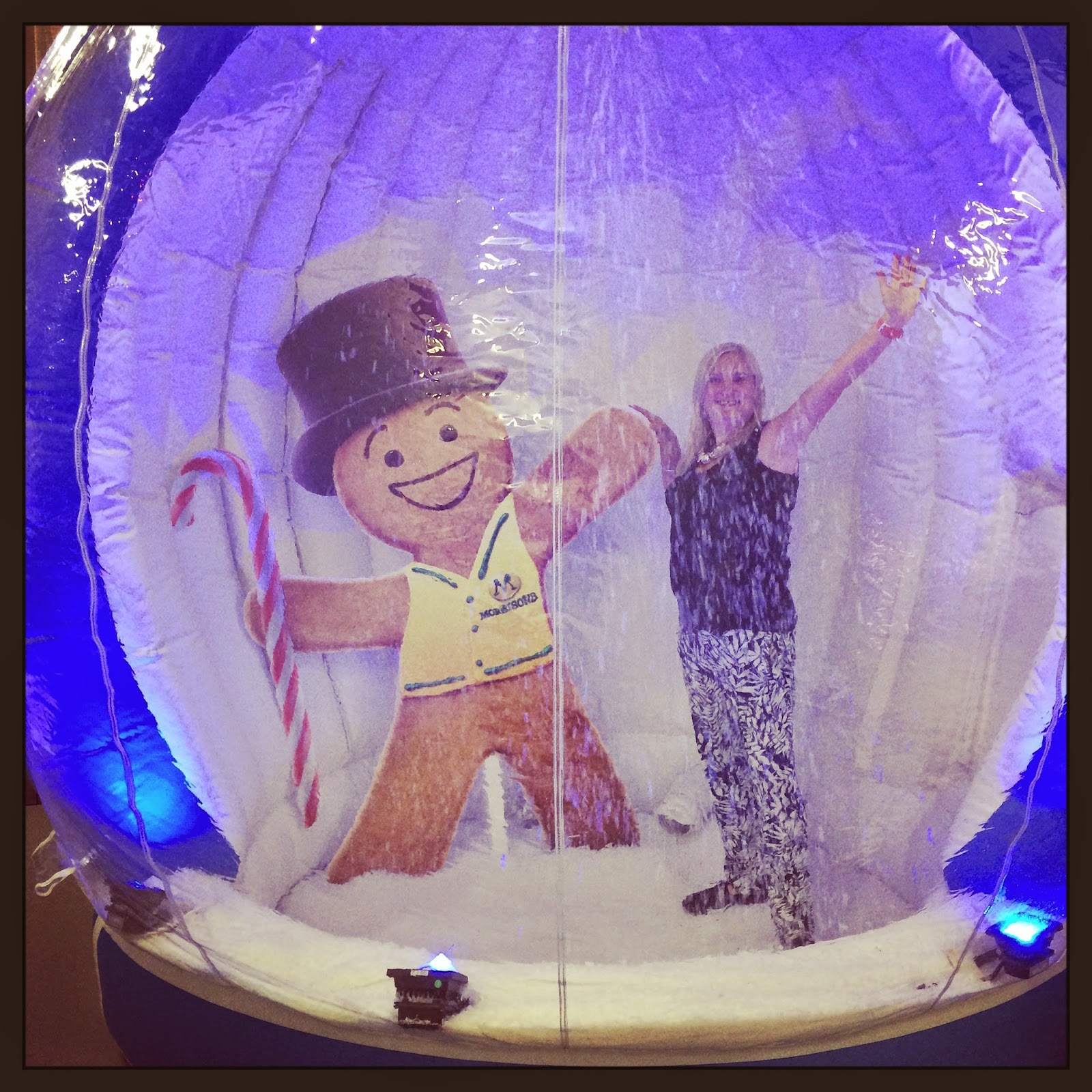 Let's start at the beginning of my mad week. Which actually started at the weekend moving DS#1 to his new home in Portsmouth. I wrote about how I felt about that earlier in the week but I'm getting used to the idea now.

Monday was DS#3's 15th birthday. He's come along way from the very poorly little boy he was in the first few years of his life.  Because of his health issues he's quite small for his age and takes a lot of stick from his peers but on the whole stays cheerful. We had a slight hiccup with the planned roast dinner (his favourite) when I realised in a "Duh!" moment I had put the chicken in the freezer instead of the fridge. I don't hold that unfit mother of the decade award for nothing you know.

Tuesday DS#4 and DS#2 travelled into London with me for DS#4's auction. Long story short he was invited to try out for the part of Charlie and The Chocolate Factory - yes! the West End one! He had learned his required monologue and solo singing piece and was very chilled as we made our way to a dance studio in central London.

We were greeted by hoards of kids, some stretching and flipping head over heels, some quite and nervous looking, others like my 9 year old quite relaxed.

He was called with a group of about 15 boys to be taken up to the studio. Parents and chaperones pulled out books and electronics and prepared to wait. I prayed he wouldn't be back down in 30 seconds but time ticked on.....

And 45 minutes later he was back. Sadly he didn't make the cut but it did apparently come down to him and one other boy (a professional) and the other boy was chosen. But I was so proud of my lad - not at all a theatrical type but proving that a combination of our genes and our parenting has produced a happy confident child willing to give almost anything a go.

Wednesday. Merry Christmas! Off at stupid o'clock to explore the festive treats from Morrisons, Phillips and Lakeland. More to come later in the year about their ranges but suffice it to say I came back for my Church meeting later that night with sore feet, overfed, slightly hungover, and with an ambitious list for Santa. 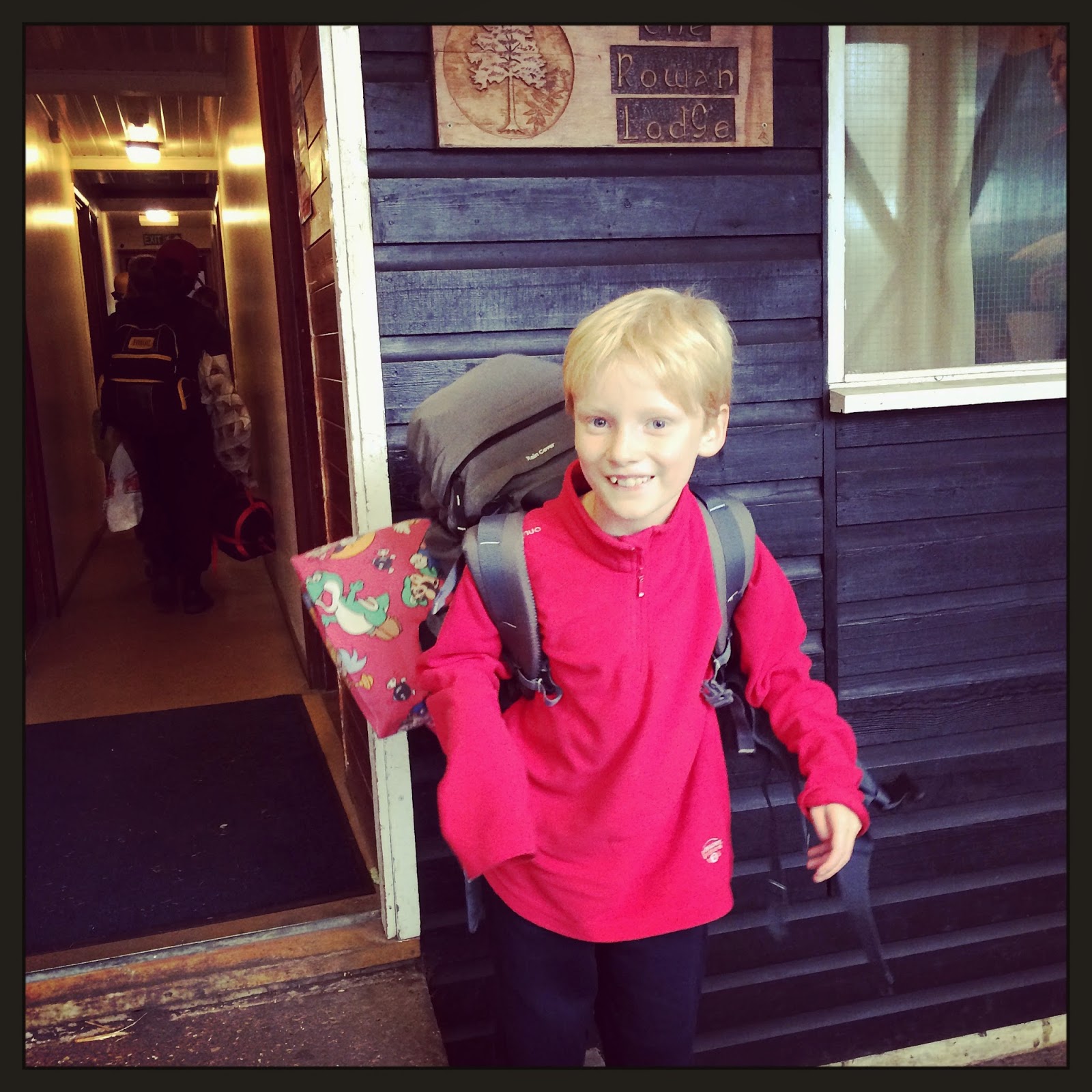 Thursday. Dropped DS#4 off for his school camp. Thanked my stars I was not one of the teachers staying in the very basic cabin supervising overexcited children overnight and during their outdoor activity sessions with rain forecast.

Children settled in and I drove with friend Jane and friend and blogger Claire  to meet another blogger Cathie for a late breakfast. Much chat and cackling before heading home to be faced with chaos. Debated housework. Abandoned idea in favour of siting down for a bit. Off to Junior Choir end of term mini-concert (aww!) and back to the railway station for another blogger thing.

And it was awesome! I had been invited to experience three of London's well-known attractions - Ripley's Believe it Or Not, The Big Bus London tour and Planet Hollywood.

We had a whistle-stop tour of Ripley's - odd but fascinating and deserving of a much longer visit then piled onto the bus scrabbling for top deck seats like a bunch of naughty school kids! When I see the iconic open topped buses sailing through Central London normally you see well-behaved tourists videoing the journey. What tourists saw last night was rowdy bloggers taking hundreds of selfies (not easy on a moving bus) with a variety of landmarks behind them with varying levels of success. 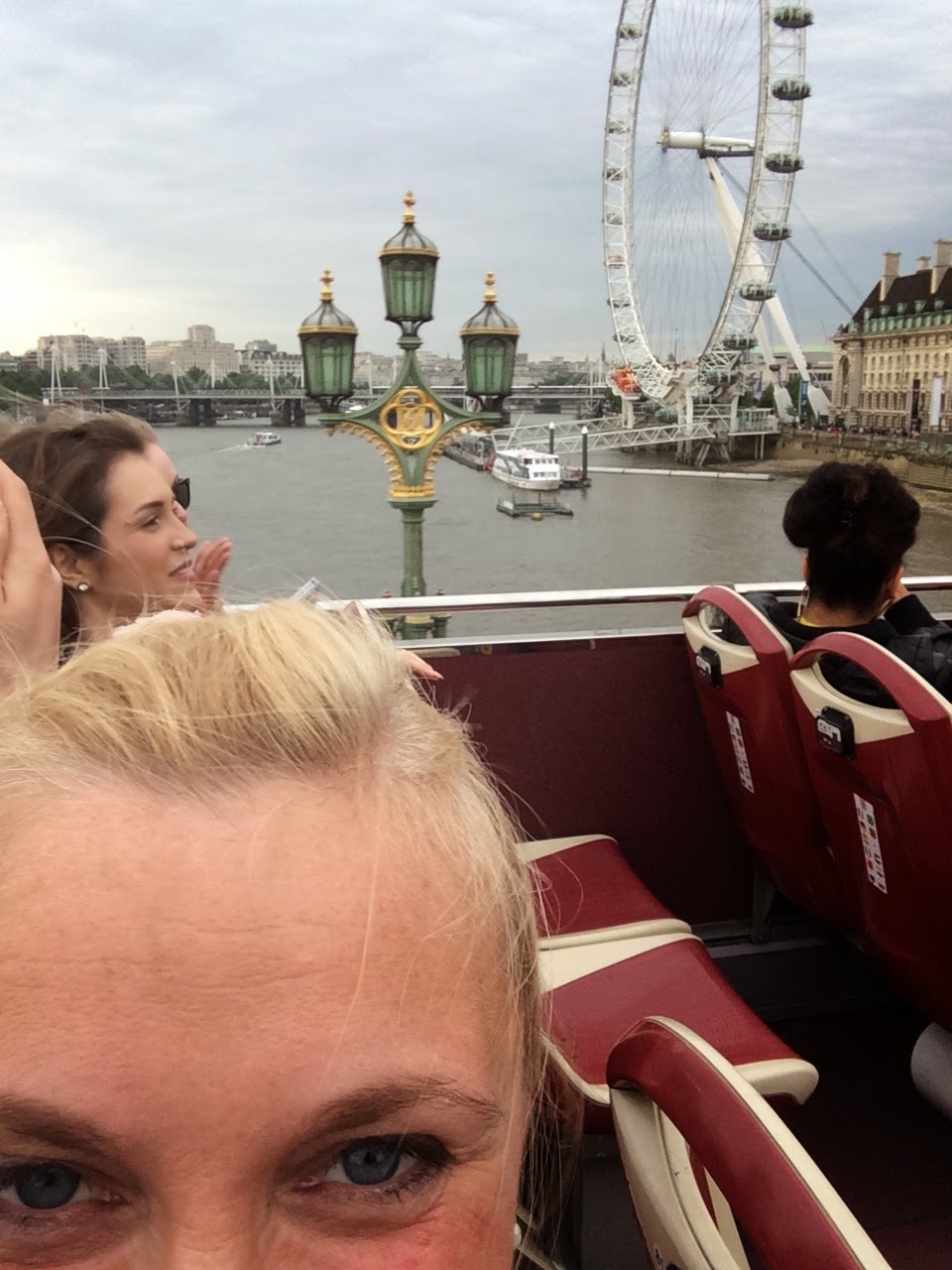 Then we were dropped off at Planet Hollywood and finished the evening with lots of chat and canapé. And maybe a drink or two. It was so lovely to get the chance to meet loads of new bloggers from just about every genre you can think of.

The evening opened my eyes to new possibilities - as a "local" I never bothered taking my children to Ripley's or on the open topped Big Bus Tour thinking it was really just for foreign tourists but it was so much fun I think it's a must for the school holidays!

A competition had been running throughout the evening to win tickets to TBU Nantes - a blogging and social networking conference being held in France this summer organised by travelbloggersunite.com. You had to take selfies, use hashtags and post like crazy on social networks.

First prize included flights, accommodation and all access tickets. I did not win that. But I did win all 2 inclusive tickets worth £200! Yay! However with the conservatory project underway I'm still not sure I will be able to go as flights and hotels not really in the budget right now despite it being an amazing prize. Fingers crossed I can find a way....

And now it's Friday. A day of rest? Nope! Lots of blogging to do and housework. Seriously if burglars broke in now they'd have to tidy up before taking anything. Not that there's much to take unless they have a craving for stollen and gingerbread. I have quite a lot of that in the house at the moment. 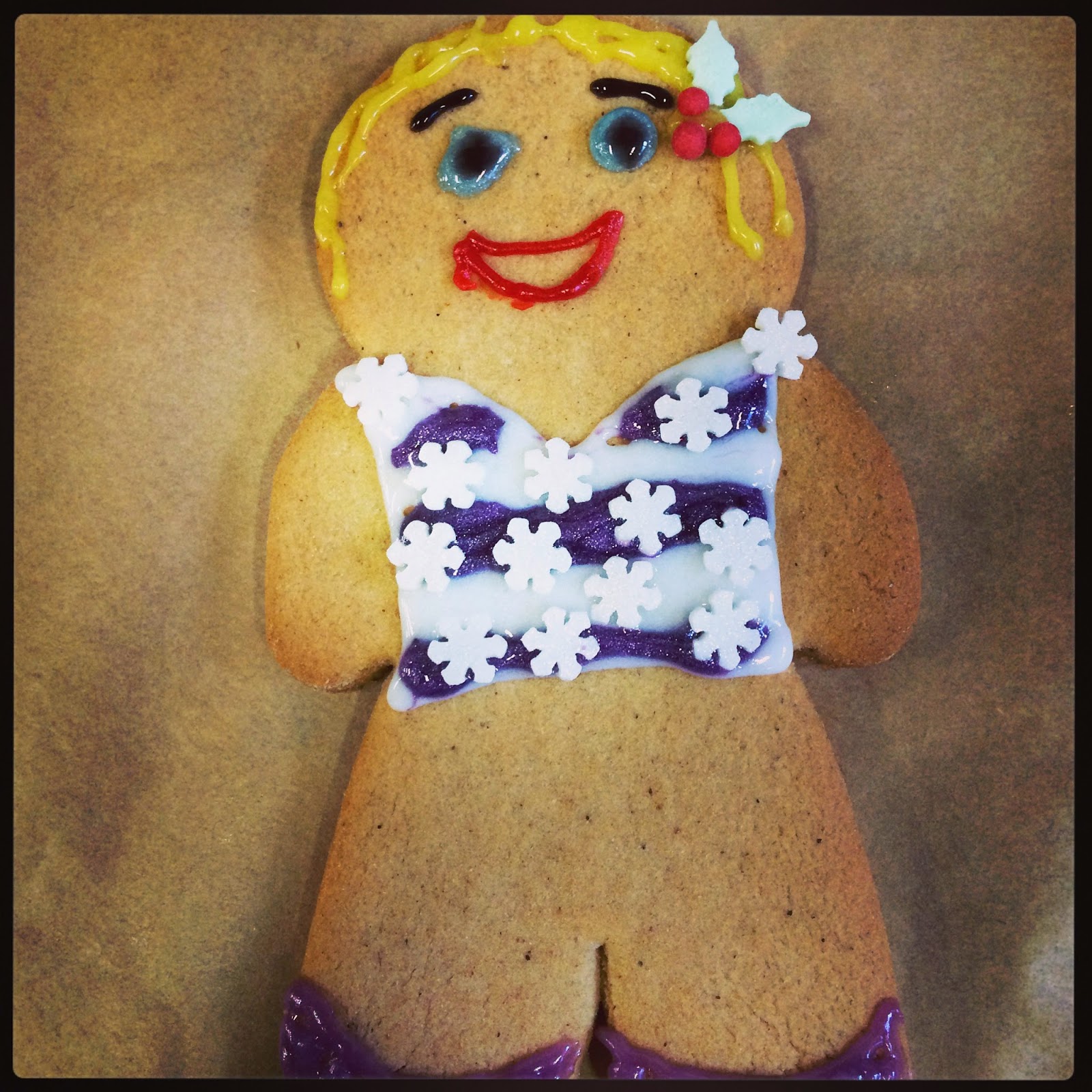 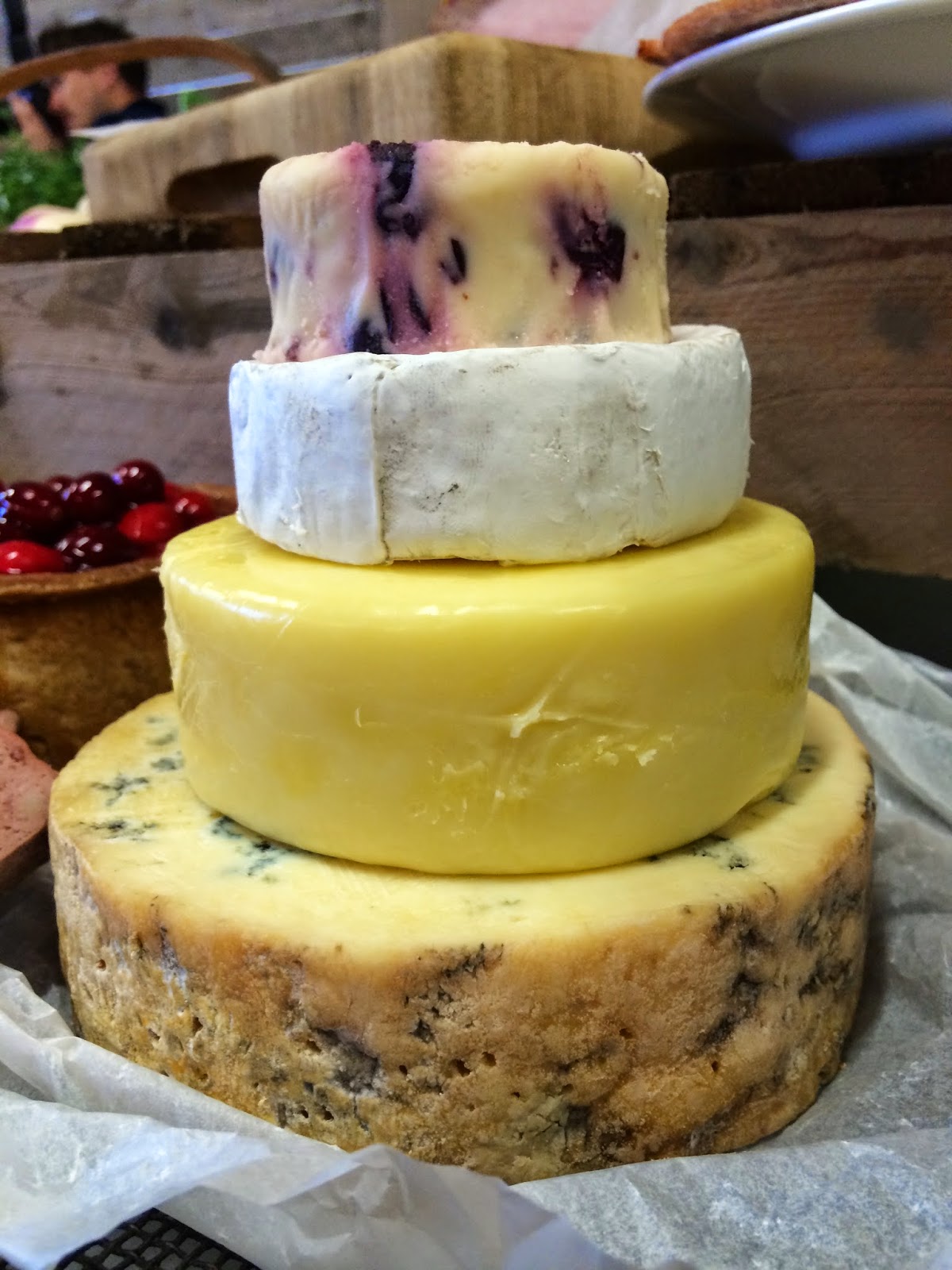 I will be picking up my boy from camp later then tomorrow... well tomorrow is the Tots100 Secret Thing. Something special for the MAD awards in September. So secret that even I don't know what it is yet and I'm doing it!!!

I'm hoping it doesn't involve cheese or fully nudity. Other than that I'm up for it! Wish me luck!

Disclaimer: I enjoyed the Big Bus Summer Social as the guest of Travel Bloggers Unite. Views and opinions remain impartial and my own.