On Location with Elizabeth Hurley

on July 28, 2014
You may recall last week we had lots of fun shepherding sheep from one field to another in our village so that Elizabeth Hurley could wander amongst them for a new TV show called The Royals about a fictional Royal family. 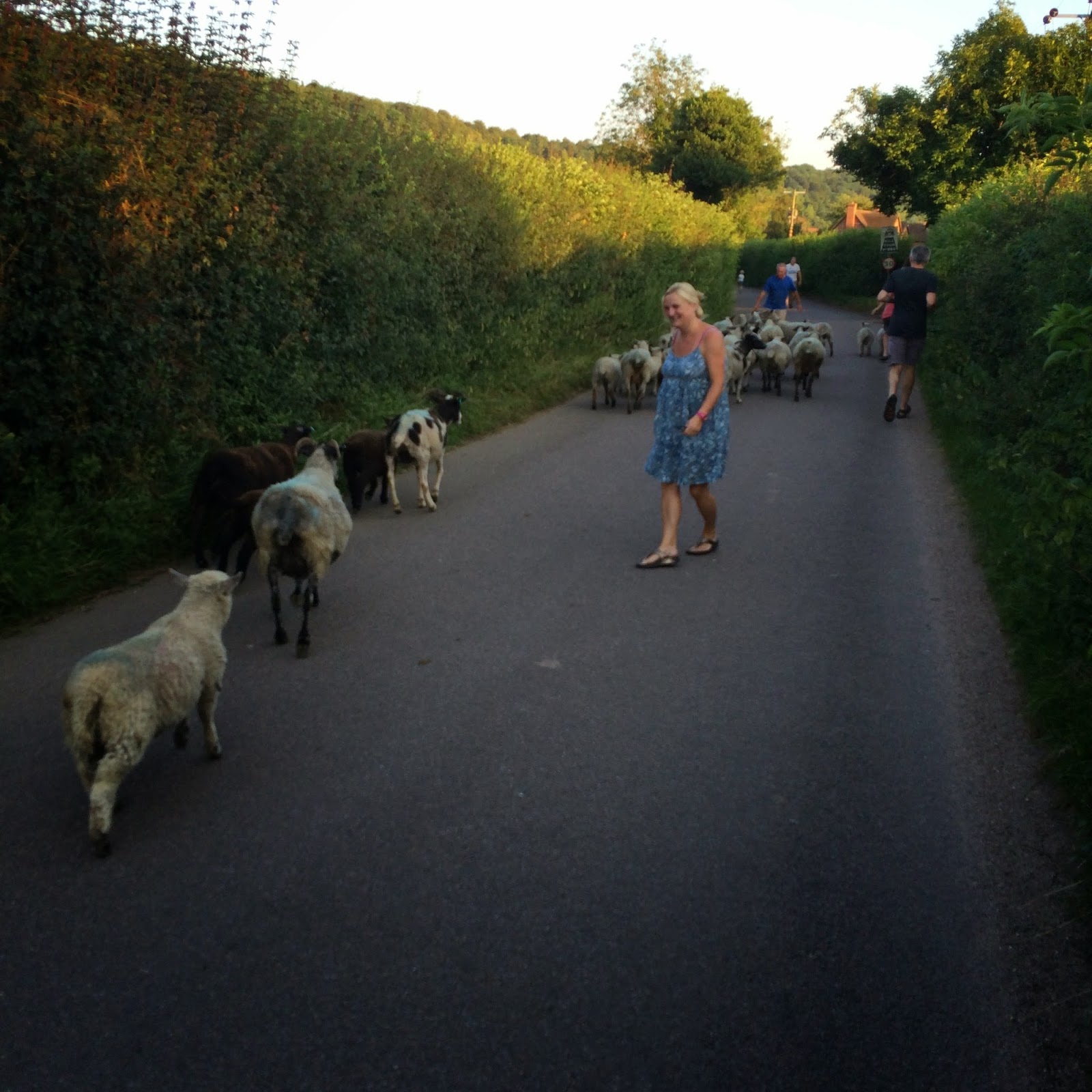 The day of filming arrived and lots of curious residents suddenly found they desperately needed something from the village shop, or that the dog walking route needed to go past the large film crew which had set up in the village centre.

I have lived here over 20 years and am well used to filming here - our village is both picturesque and very close to London on major transport routes so its a top choice for location managers.

But even I was a bit curious so was delighted when my friend who owns the field the sheep had been moved to invited me up for a well-timed cuppa!

We stood in her garden next to the field with our tea and chortled as we watched the director try and direct the sheep. He instructed someone to put cash in a bucket and shake it - whether it as a financial incentive or whether he thought it might sound like sheep food we aren't sure but the sheep ignored it. 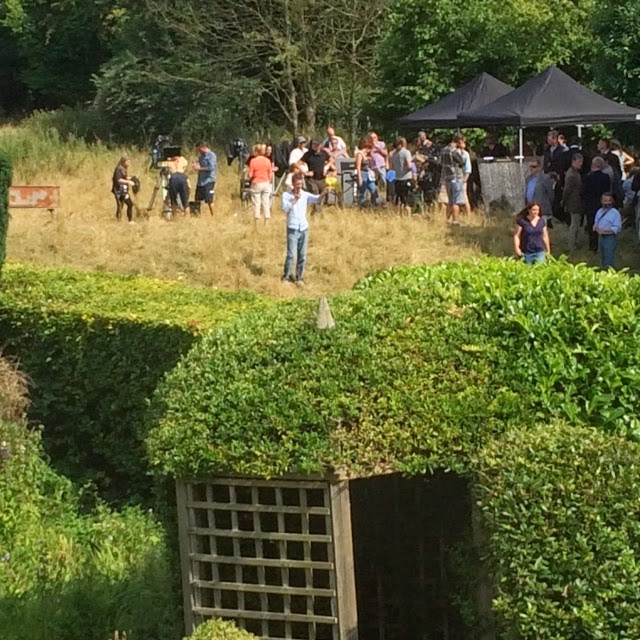 Our mirth was spotted and the director asked:"Are you with the sheep?"

With them? What, like their entourage or something? To my surprise my friend said yes and the next thing we knew we had been roped in for more sheep herding duties, this time watched by a large crowd of production folk, actors, extras and bystanders. Oh, and Liz Hurley. You can just about spot her in the picture below wearing a red dress.

Up and down the field we coaxed the sheep. Director man wanted them to amble on cue past Liz as she spoke her lines - preferably in the same place. He obviously hasn't spent much time observing sheep. We had to do all of this quietly and while staying out of shot. 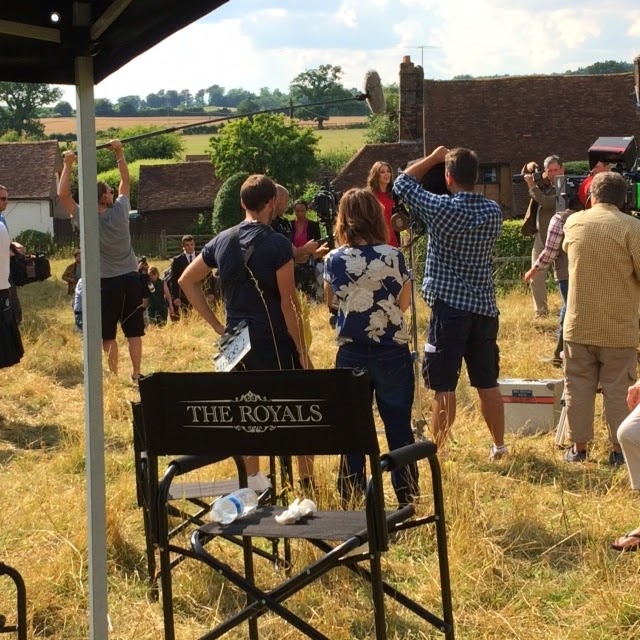 And then he wanted us to move them away from the filming and asked if we could keep them quiet. Errm. No. They are sheep. Slightly pissed off sheep who are fed up of being moved from their grazing to "act" around a thin lady pretending to be a Queen.

Anyway, an hour later, hot and sweaty with nettle rash and with sheep poop coated legs and ruined sandals our services were no longer required. We got a thank you, a smile at my suggestion we had earned animal wrangling fees and a complete blank from Ms Hurley who didn't even glance our way as she sailed regally past. Still in character or too snooty for her own good? We will never know!

This post is linked to #whatsthestory and #magicmoments. Pop along and discover some great blogs.