on August 27, 2014
It's that time of year when along with most of Britain it feels like we have spent a lot of time in the car with a bunch of children in the back generally overexcited to be going somewhere and quickly bored by the process of actually getting there.

Like many I suppose we have in the last couple of years resorted to i-gadgets to entertain them. I even fished out our ancient car DVD player to keep Grumpy amused on what I knew would be a nightmare trip on the motorway only to find the battery seems to have given up the ghost and it will only now play direct if plugged into the mains with a three pin plug.  Darn it!

Luckily I had been sent some Michelin I-Spy cards and books to review so grabbed those in no way thinking they would prove to be the most useful tool in my arsenal against boredom ever! 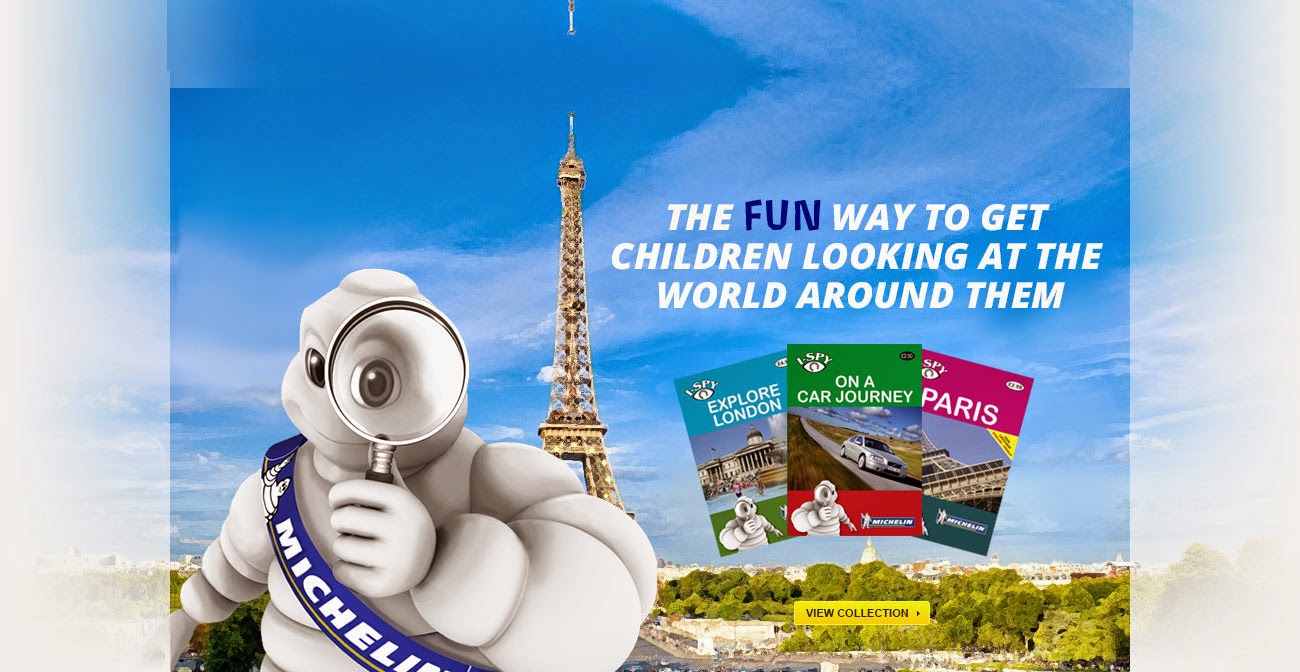 For once the whole family, including my eldest and the FDIL (future daughter in law) were travelling together which meant we had to split into two cars. I divided books and cards randomly and we set off, me with an 18-year-old, a 9-year-old and an 8 year-old and DH with children aged 5-20.

In our car we had lots of fun not only just looking out for the cars, plants and creatures on our lists, but marvelling at the random scores we could earn. We did wonder who devised the scoring system - DS#2 was very amused that we could earn only a lowly 5 points for spotting a turtle and  5 points for a wasp. We looked really hard but never did spot a turtle on the M40. I guess you'd have more luck if you took that particular animal book for a day out at the zoo! 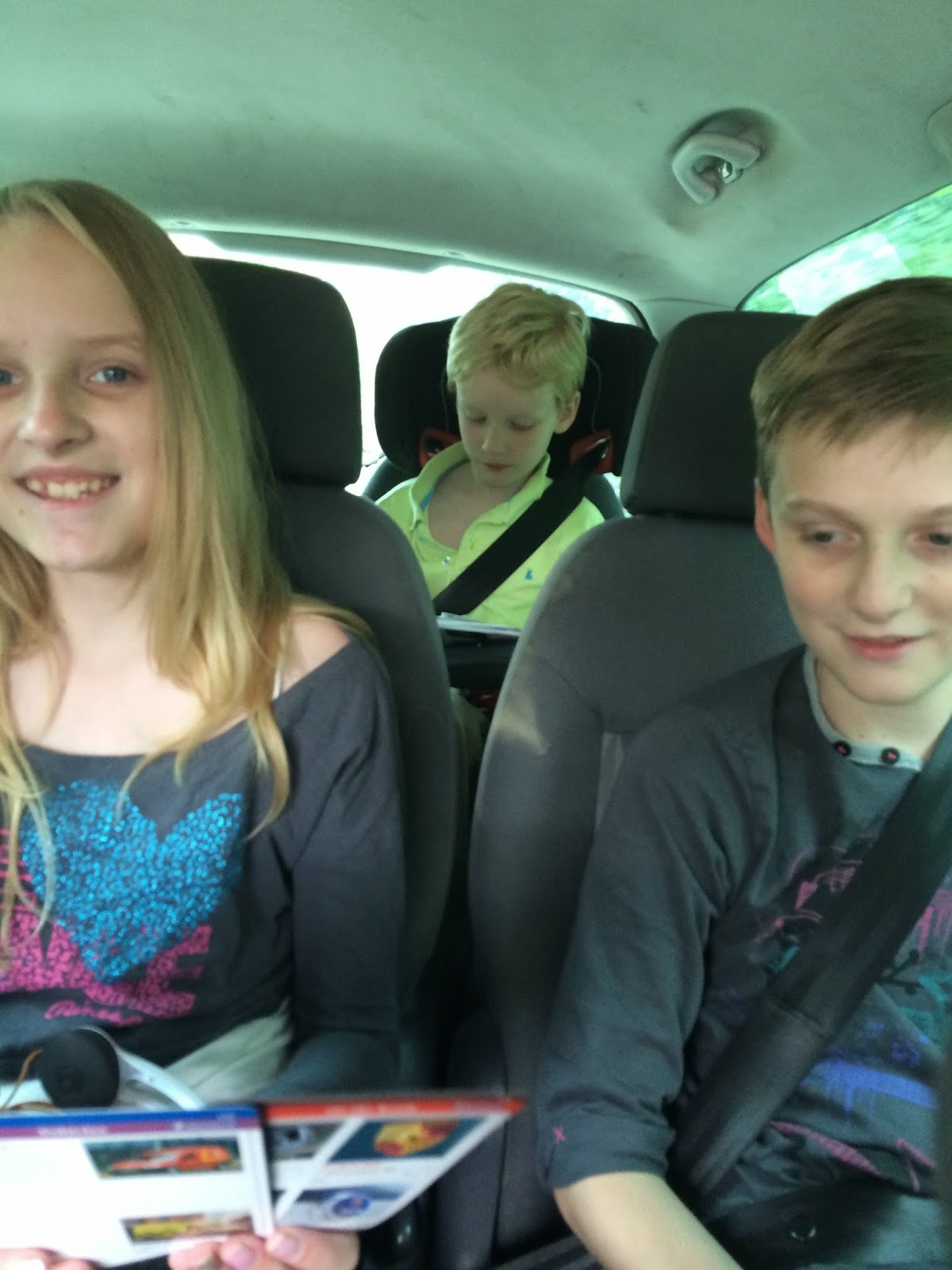 In the other car the game got quite lively with 7 people all trying to spot various car types, farm equipment and other vehicles!

So - the game is very simple -each thing you spot earns points and apparently if you manage to score 1000 points you can join the I-Spy club and apply online for a certificate of achievement. Each book contains up to 200 colour photographs so even little children can join in the fun.

We took the cards out with us again this weekend  when we headed off on a trip to visit family (in one car this time) and found not only did it give the children something to look out for but it encouraged lots of lovely conversations and learning opportunities in the car.

One of my children had cards which asked him to look for plants including clematis and ragwort and gave a little bit of information about each of them. To be honest we didn't spot many of the plants in his book - it's not really designed to be used as a car game that one but we got chatting about different varieties of plants and talked about plants which are poisonous or dangerous in other ways to humans and animals. It also proved quite useful to practice mental maths as they kept their running score in their heads.

The children started off quite competitive with howls of dismay if someone managed to tick off something in their book but they soon started co-operating and it was fun to all look hard for a Lotus or Maserati (not ticked those off yet!).

Even my teenagers declared the books "cool" and unlike many car games they were on a fairly even level without the little ones being left behind unlike with the usual I-spy-type verbal games where they get frustrated when their "something beginning with c" is guessed as "car" almost immediately by their older siblings.

Priced at just £2.50 a book you can choose from a huge variety of subjects depending on your child's interest or where you plan to use them. You don;t even have to leave the house to use some of the books!

There's I-Spy books and cards for spotting At The Airport, Aircraft, At The Seaside, various cities including London, Paris, Cambridge, Edinburgh and Bath, Camping, Flags, In The Street, Wild Flowers, Trees, Football Grounds.... the list is enormous - check out the range online.

Disclaimer: I was sent a selection of I-Spy books and cards free for the purpose of this honest review. Opinions remain unbiased and my own.
car games children's activities entertaining children. travelling I-Spy journeys Michelin