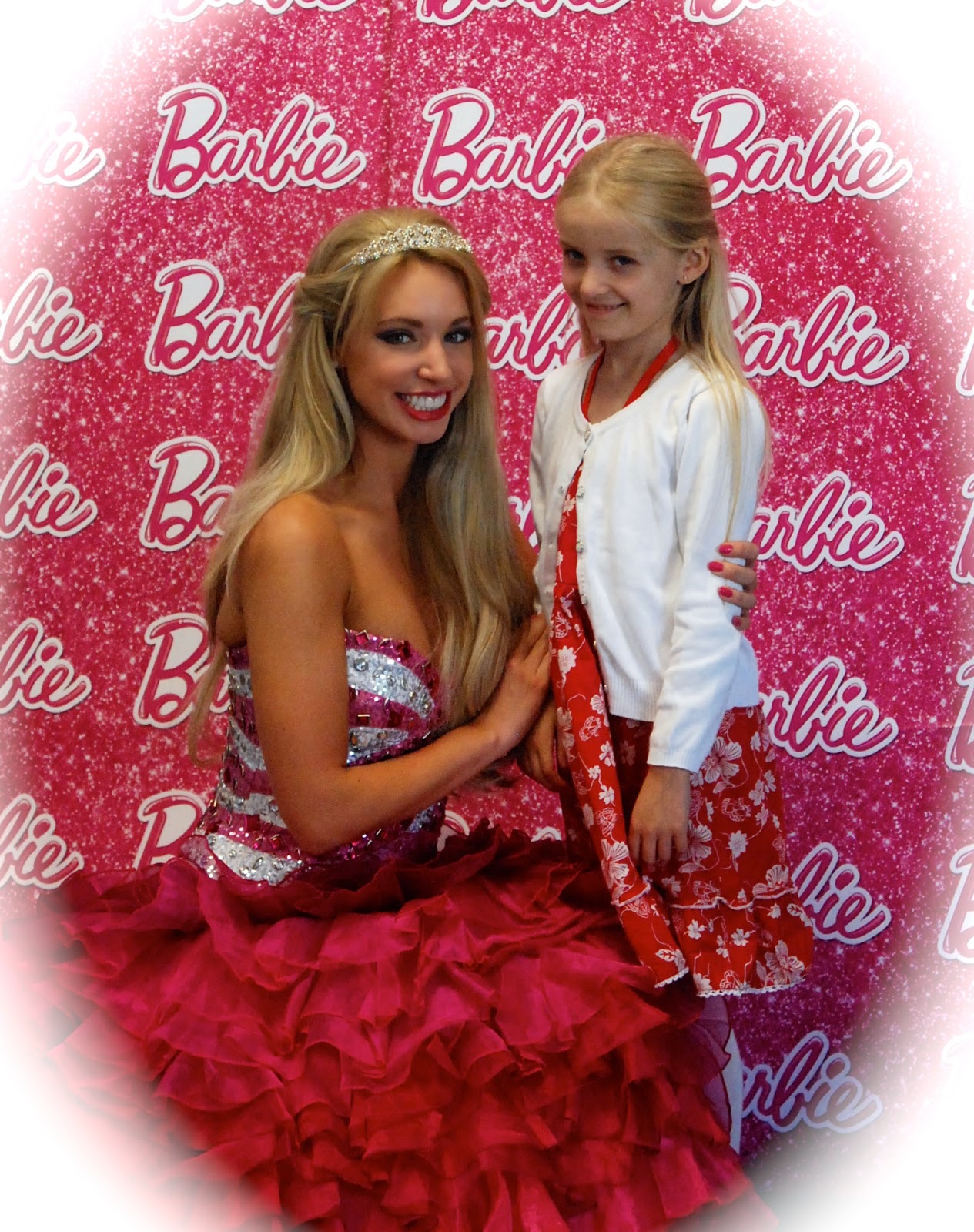 They also both love to sing but I knew it was my mini-princess who would love the chance to join a singing workshop with none other than celeb voice trainer Yvie Burnett (from The Voice UK) learning lyrics and tunes from the brand new DVD,  "Barbie and The Secret Door".

Razzamataz  have for years have been helping children make the most of their talents at classes up and down the country offering training in dance, drama and singing whilst offering children aged 4-18 the chance to make friends and have fun.

On Saturday August 30th 2014 any child aged 3-8 can go along for a one-off special workshop giving them the chance to develop their voice and perform songs from the new Barbie movie just by registering here. Did I mention this amazing opportunity was free?

My little Barbie wanna-be loved her taster class. She was delighted to be greeted at the door by the real live Barbie and admired her gorgeous sparkly dress. 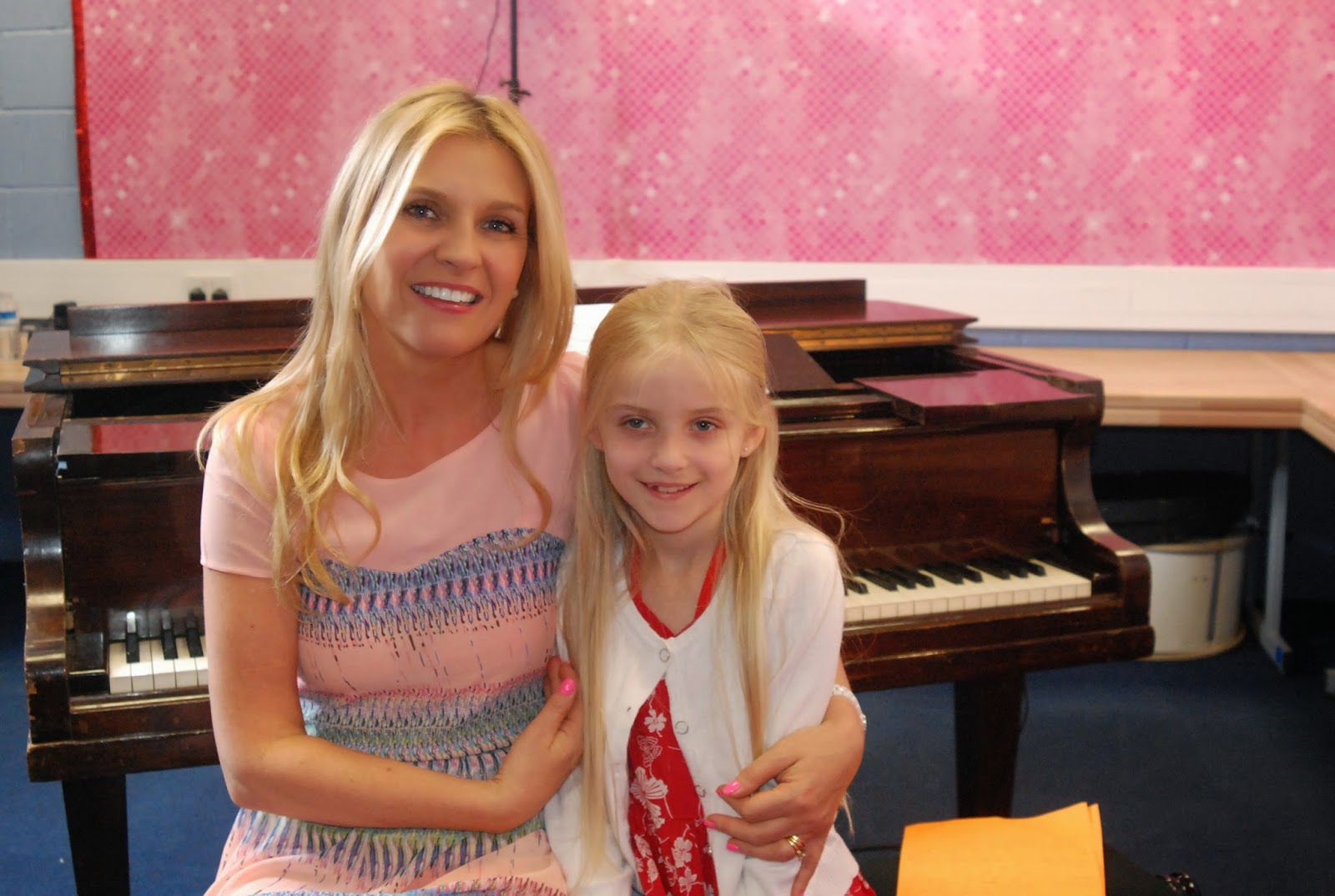 I was worried she would come over all shy when it was time to perform their song but she smiled and waved and sang beautifully along with the other children, even though it was a small group.

Yvie was brilliant with them - the same voice coach who has worked with some huge names in the UK and US took time to really encourage her little choir - I was very impressed with the results she got in such a short time.

We also got to watch the new DVD. I'll be honest with you I was not particularly interested at the prospect of this -I was expecting to be either bored to tears or feel nauseous at the sugary-ness of the film BUT I have to admit that both myself and DH were interested enough in the story to want to know what happened at the end!

They've managed to blend traditional musical-style songs with some funkier numbers for slightly older fans and there are enough fairies, mermaids and unicorns to keep any girly-girl enthralled along with a cheeky "baddie" who wants all the magic in the Kingdom. Does that character get their wish? Well, there's only one way to find out.

Whatever your thoughts on girls and dolls and that famous ultra-pink colour, "Barbie and the Secret Door" is basically a lovely tale about building confidence and prompted a nice opportunity to talk to our sometimes nervous child about her own internal "magic" so for that alone I recommend it.  The unicorns are a bonus.

Workshops will be held at venues all over the country, just check the drop-down list on Razzamatz's Barbie workshop page to find out if there is one close to you. Oh. By the way -did I say? It's FREE. 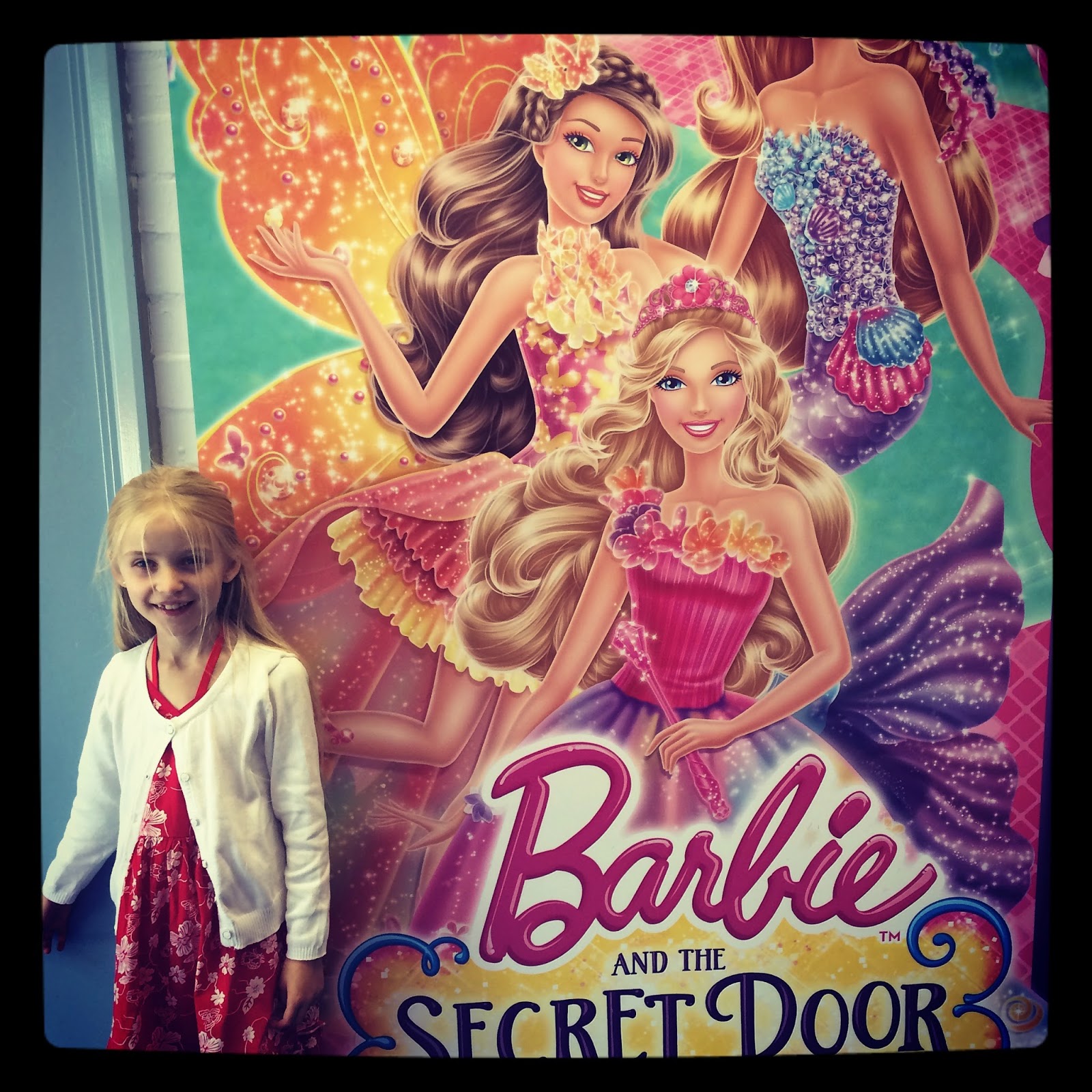 Disclaimer: My daughter attended a free workshop and film screening & received a free Barbie toy as a thank you for my work promoting this workshop and DVD release.  Views and opinions remain honest, unbiased and our own.