on August 25, 2014
Imagine if you could get a model of yourself made, accurate down to the last detail, to give to a  loved one. Or get a model made of someone special to keep as a three-dimensional snapshot of one point in time. Guess what - you can! 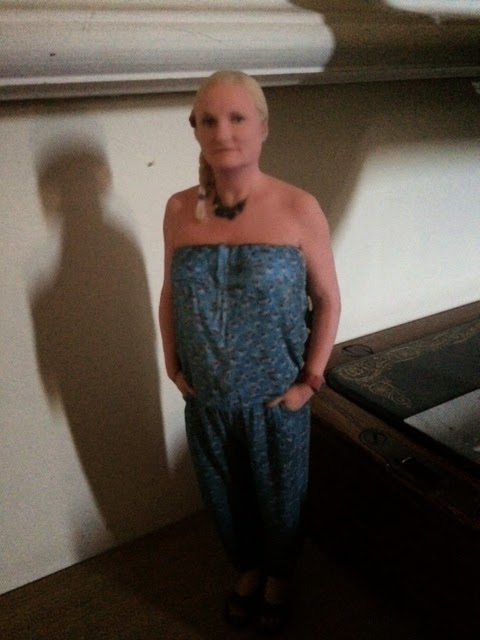 Using the latest 3D printer technology Asda can create startlingly accurate models of just about anyone for just £60 which I think is a bargain considering how unique this would be as a gift!

Forget family portraits, you could line up your whole family in miniature on the mantelpiece (I'd love to do this!) Mark big birthdays and life events - you could even create realistic cake toppers for your wedding day or visit after the big day in your wedding outfits for a really special memento.

The lovely guy from Asda who was involved in  trialling the service told me they have had some interesting sittings. One lady bought in her terminally ill child - I know, it breaks you heart doesn't it?  And one guy came in in fully military garb to have a figure made for his girlfriend to put on her bedside table while he was serving abroad.

People brought in their elderly family members for a memento which would last years after their loved one had gone and one lady came into the store heavily pregnant and then four weeks later with her new baby for before and after models! Asda suggests you could bring your children in their sports kit with their medals, or even turn up in fancy dress-great if you've always wanted to see yourself as a Jedi Knight maybe?

So how is it done?  Well it was very simple from my point of view. I just had to choose a pose that I could hold for 2 minutes and stand still!  And I've learned that when the service is up and running in Asda stores, subjects will only have to hold a pose for 12 seconds much more do-able with lively younger children. They are even investigating the possibility of allowing your pets to be scanned!

Anyway - back to my sitting (or should that be standing?) The photographer took a couple of "normal" shots then walked around me scanning me with a special camera which captured thousands of images which together with a computer programme could build a three dimensional image of me on screen. 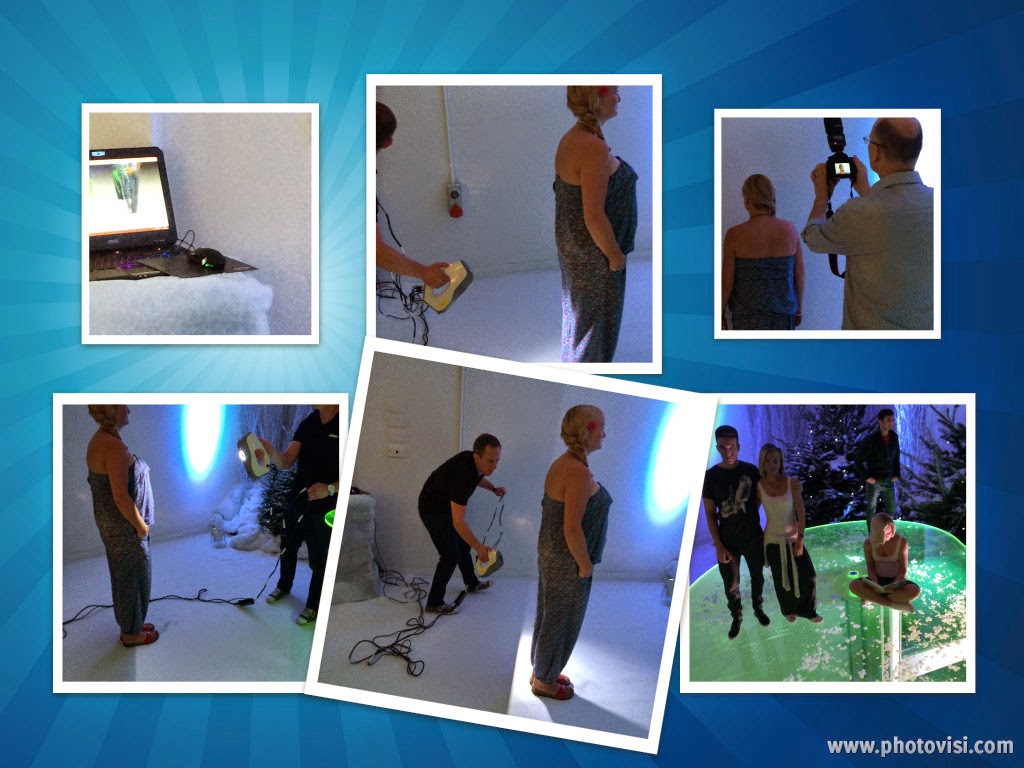 Then just as a "normal" printer would print out a 2D image in, well 2D obviously, Asda's 3D printer builds a resin three dimensional model of the subject by spraying ceramic fluid in very thin layers to build up the incredibly detailed 8 inch mini-figure in full colour. The whole process takes a while so generally customers are asked to pick up their figure a week after their photography session.

The service is already available at stores in Edinburgh and York and Asda will also be running roadshows at stores across the country where you can book an appointment. I was very excited when my figure arrived, extremely well packaged in the post.

After carefully unwrapping with the children crowded round it we all simultaneously went "ooooh!"

The figure is so accurate I noticed that on my model my necklace was a bit wonky- just as it had been on the day. I can see my earrings, my nail polish and the folds in my outfit. I can even make out the indents in my hair where my hair grips had been!

I will say the colour of my skin seems a bit odd (a bit red maybe?) but the venue we were photographed in had atmospheric blue lighting to give a Christmassy atmosphere and it was very hot so maybe the camera picked up flushed skin, or the blue light confused it.

My shoes also were bright red and have come out a bit blotchy on my mini-me but the overall impression is still amazing.

I have threatened my 18-year-old that I will insist he takes"me" to Uni with him in September so he knows I am always watching him . Meanwhile I have been spooking my friends with the model.

I have moved my mini-me about the house from shelf to shelf, mantelpiece to book case. I look very serious - probably because I hate to smile and didn't want my rabbitty front teeth captured in 3D!

For now while I am still wearing the outfit I wore for the shoot it's a novelty - a great thing to show visitors and watch them marvel at the detail.

I actually think the model will come into its own in 10, 20, 30 year plus when (like a photo but better) there will be an accurate snapshot of me, aged 45, not too overweight and still blonde. I love it.

Disclaimer: I was given the chance to have a 3D model of myself for free to write this honest and unbiased review. All opinions remain honest and my own.