Tattoos-a lifetime of memories or regret?

on August 22, 2014
Now let me start by saying I am not particularly a fan of tattoos, mainly because I am a fickle soul, a bit of a chameleon fashion-wise and unable to make up my mind whether I want caramel or gingerbread flavour in my coffee never mind what I want inscribed on my body for life.

The other off-putting thing for me is the pain. Yes I know it's transient and for some, enjoyable in a freaky kinda way.  I'm a mother of 7- I know about pain - but apart from my ears I have never been brave enough to have anything pierced or tattooed.

There's also the aesthetic for me. I have seen very few tattoos I envy and most I look at and think:"Lovely while you are toned and tanned and young but what about when you are in your 70's and your rambling rose is collapsing into your wrinkles? 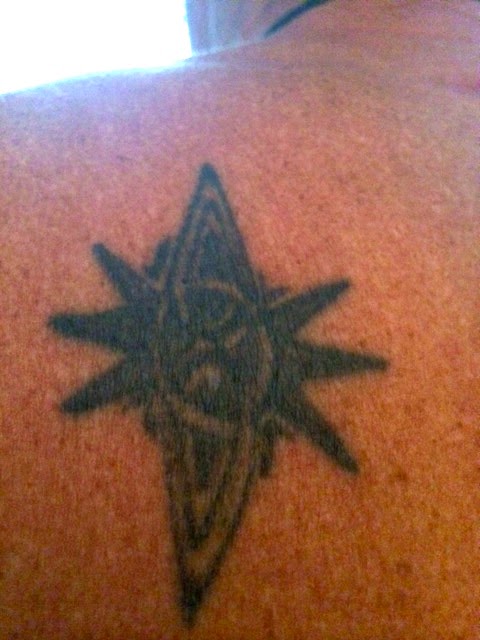 My husband has a tattoo which he had done as a 40th birthday treat over a decade ago. He loves it - it's on his shoulder so he can hide it when he wants to and he says he doesn't regret it at all. In fact he'd have another one if not for the cost.

My friend's extremely sensible 27-year-old daughter has just had a tattoo on her foot - it's her own design and beautiful but it still didn't make me want one. Unfortunately my 13 year old daughter also loves it so we have talked much this week about the pain and permanence so she understands it is not like the henna tattoos we enjoy having done by our artistic friend.

Another friend also had a tattoo done for her 40th last year. On her back, low down, again so it can be hidden. She is very proud of it. I admired her bravery but didn't feel tempted to join her. For my 40th I wore a tiara for 24 hours and did jelly vodka shots til I fell over. I don't regret my choice.

And that's the problem isn't it? That is what has prompted this post today. I read in the newspaper that a fifth of the population has a tattoo and a THIRD of them regret it! (stats from the British Association of Dermatologists)

One woman the newspaper quoted said she'd had a tattoo after her fiancé died. She had his and her names inked on but found the strain of people asking who the guy was too painful to keep explaining, to keep reliving the most awful time of her life.

Some people have tattoos done in their teens not thinking about the impact on future jobs and relationships. Some people are just let down by tattoos which are badly done, not what they envisaged or even worse, misspelled! I always worried about the so called Chinese characters trendy in the 80's - the tattooist could have been writing "I'm a plonker" in Chinese characters for all we knew!

And then there's trends - from anchors to Celtic bands, cartoon characters to changing fonts- tattoo fashions evolve quite quickly and you can date someone's ink fairly easily.

OK so you can change your tattoo for instance if Bob has given way to Barbara in your affections but that will make you body art generally bigger, often darker and sometimes a bit of a mess.

Then there's laser tattoo removal but I've heard it can be expensive and painful and not always 100 per cent effective.

So should there be a higher age limit? Or tighter controls (and spelling tests?) for tattooists? Do you regret your ink or love it? Have you had work done to cover a bad tattoo or laser removal? Let me know.
body art ink laser tattoo removal Tattoo Tattoo removal