on September 23, 2014
What seems like a million years ago now I was browsing the social networks pretending to work when I saw an intriguing post from Flea Ents founder Sally Whittle.

It asked if there was anyone who fancied signing up for a "secret thing." No details were given but there was the promise of a Wonka-esque golden ticket to the #madblogawards which I  had heard was a sumptuous and bonkers night out. You cannot buy tickets for this event. You either earn one through bloggin magnificence or, win one, or, like me,  by jumping through hoops like a demented performing seal. Honk Honk.

All the post said was that you should be in relatively good health. Well. Diabetes and Fibromyalgia mean I possibly should have thought twice but instead I decided "what the hell" and figuratively put my hand up and volunteered.

A few weeks later and we were split into a northern and southern group and summonsed to a rehearsal in our end of the country. We were told to wear comfy clothes to move in. Good. No nudity involved then.

The directions were to a school not an airfield so no worries about skydiving or similar activities. Travelling down with Carolynne from Mummy Endeavours I guessed some form of dance and I was right. We were going to perform a flashmob at the MADS!

Fast forward through the school holidays where with increasing panic I fail and failed again to memorise the dance from a video made at the rehearsal. I press-ganged non-blogger friends to rehearse with me and felt slightly happier as I finally started to get it. 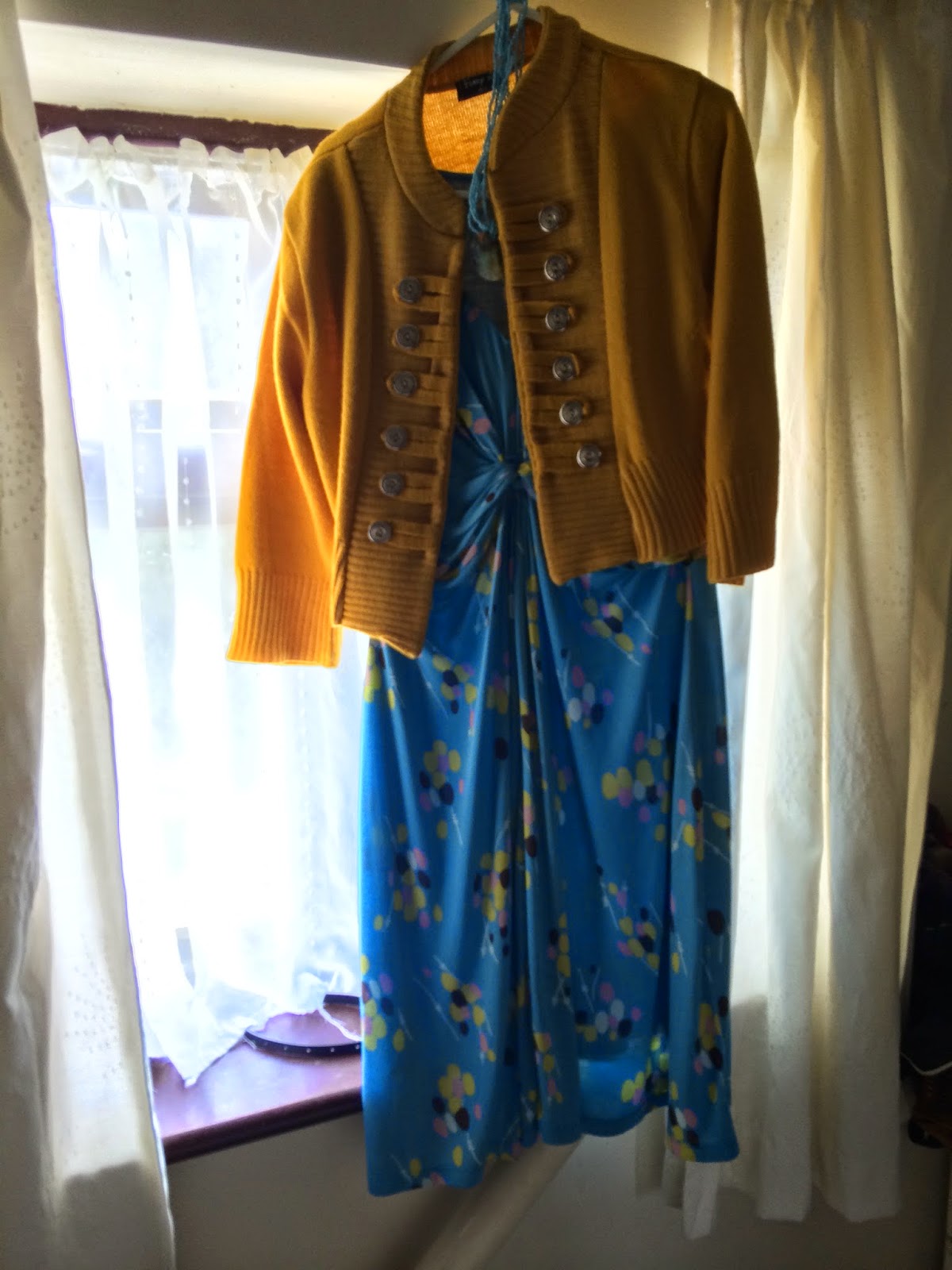 A brief moment of joy when I heard that Boden was going to give all of the dancers dresses- I spent a happy evening browsing the website with a friend - I chose one dress and she liked it so much she ordered the same dress in a different colour!

Then at a Hangout (video conference call) I realised I had learned the whole dance back to front!!! Argh!

Luckily we had a final rehearsal booked on the day of the #madblogawards and I travelled into London feeling very "kids from fame 20 years and many doughnuts later" wearing my sloppy joggers.

Thank goodness for Stagecoach choreographer Harriet who patiently rehearsed us, taught me the moves the right way round and was gracious in the face of much silliness and inappropriate renaming of dance moves which are too blue for this family blog. Funny as f*ck though.

The afternoon and evening showcased bloggers at their best - thanks to Emma who allowed me to shower and lounge in her room and even staved off a diabetic coma by donating her snacks to me. Lots of chat with many lovely people as I waited for my hair and makeup session with the PowderPuff girls.

I have never had an experience like it - I even did my own face and hair on my wedding day and to be truthful it was one of the highlights of the day for me. I really did feel like a princess after their ministrations. They even managed to hide the massive bruise on my forehead which developed after I tried to reach something out of my reach and managed to pull a box of stuff on my head! 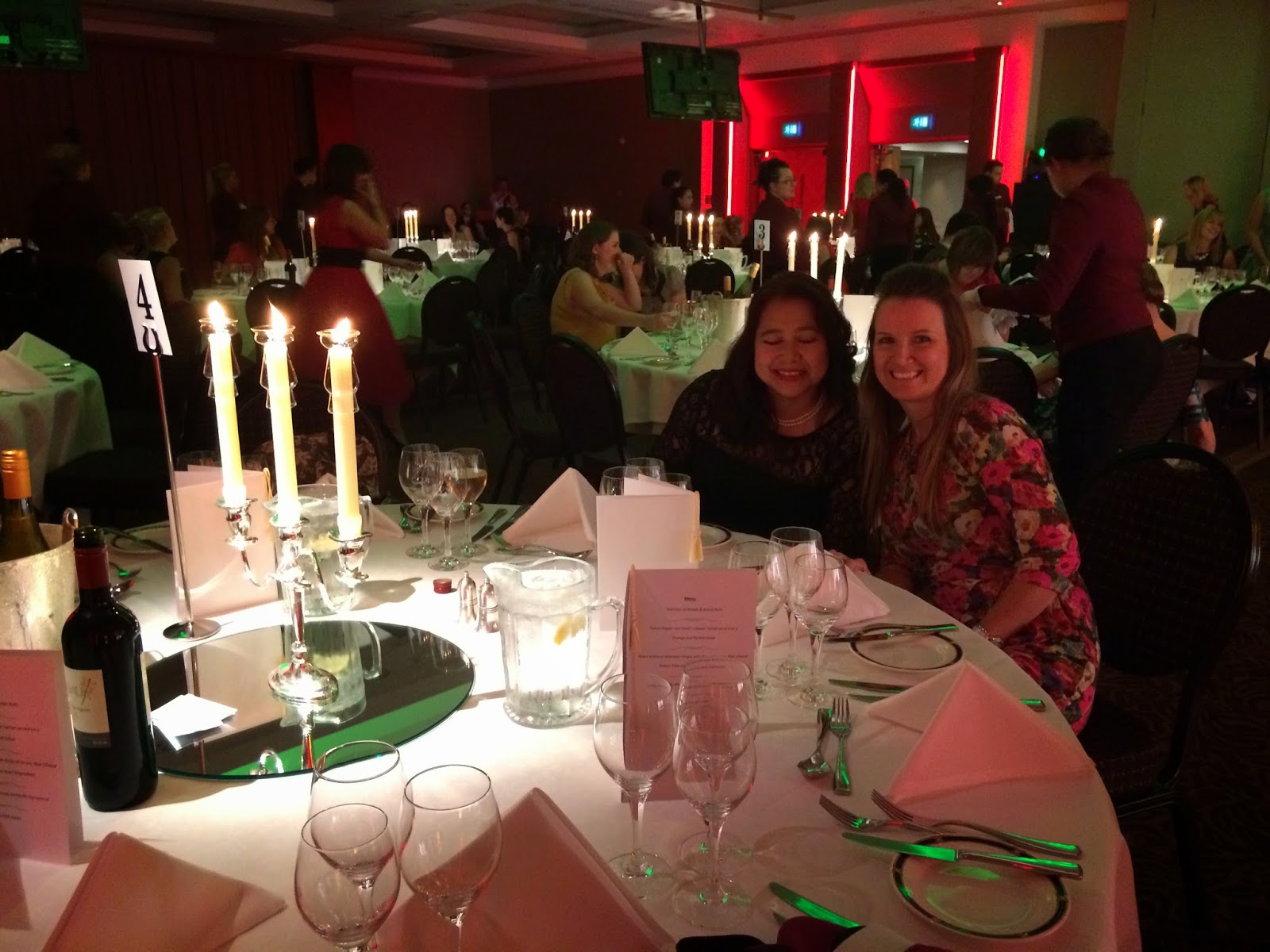 Drinks reception and a hug with Pikachu followed by a fabulous dinner - fabulous even with cheese in every course (I HATE cheese!) I met the amazing Dr Ranj from CBEEBIES - my new inappropriate crush - and then - drum roll please - the secret thing!

Well what can I say - apart from a brief hop 'n struggle as I replaced my shoe which was falling off - I thought it went amazingly well.  All around me bloggers whirled, kicked, skipped and threw their best moves and none had to remind us to smile - I couldn't stop grinning with the sheer fun of it.

The lights were in my eyes but I could just about see Ruth  (geek mummy) in front of me - turns out she's a whiz at this stuff so I was glad to be able to follow her lead. Final notes and the crowd went wild - thank you so much for your support if you were there - you have no idea how nervous we all were!

Dance over we settled to applaud the finalists and winners - some amazing blogs and some amazing people. Check out the full winners list here. 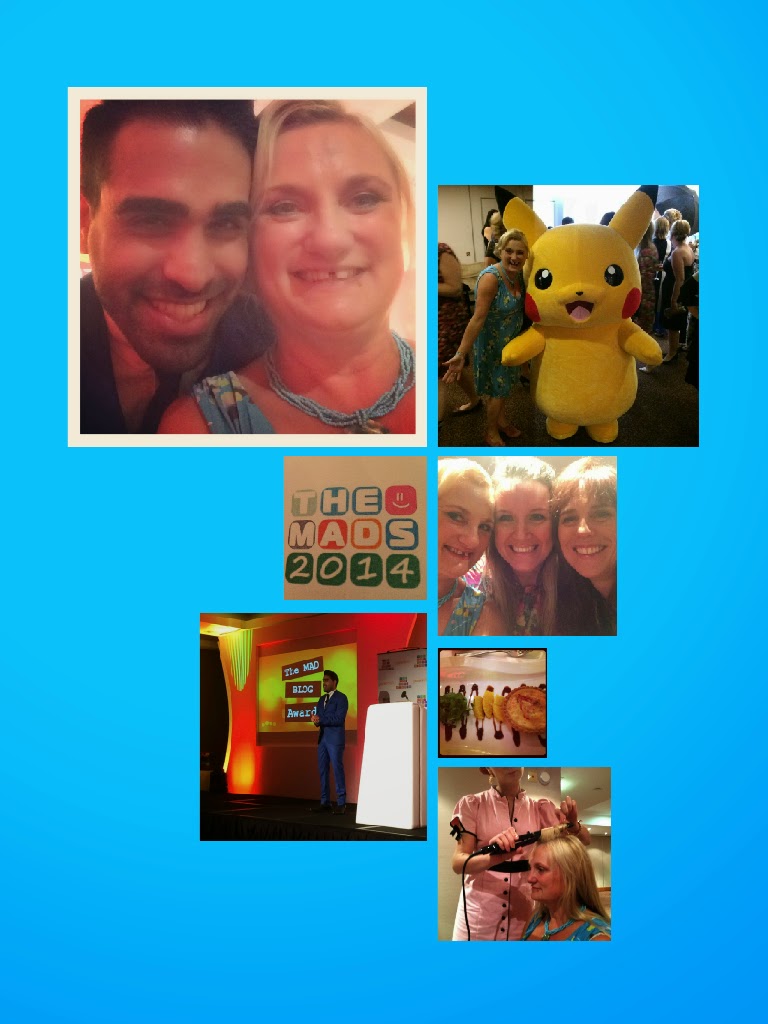 And now? Now I hurt like hell, my fibromyalgia is flaring so badly this is the first time I've had the energy or ability to type and I don't think I'll ever hear Olly Murs song Dance With Me Tonight ever again without surreptitiously dancing like the Full Monty lads in the job centre.

Would I do it again? Without hesitation! It just goes to show that sometimes saying yes without really knowing what you are agreeing to can be a good thing. Although knowing Sally Whittle I worry that next year will have to be bigger and better and I wouldn't put it past her to organise bloggers parachuting into the venue, or a lion taming act or a burlesque routine.....If you see a post next year asking for volunteers, you have been warned!