on December 04, 2014
We are a little bit Pokemon obsessed in this household. It started many years ago back in the 1990s when my eldest two boys were little and I stared at their Christmas lists which appeared to be not only scrawled by a dying spider with ink on its feet but written in Japanese. 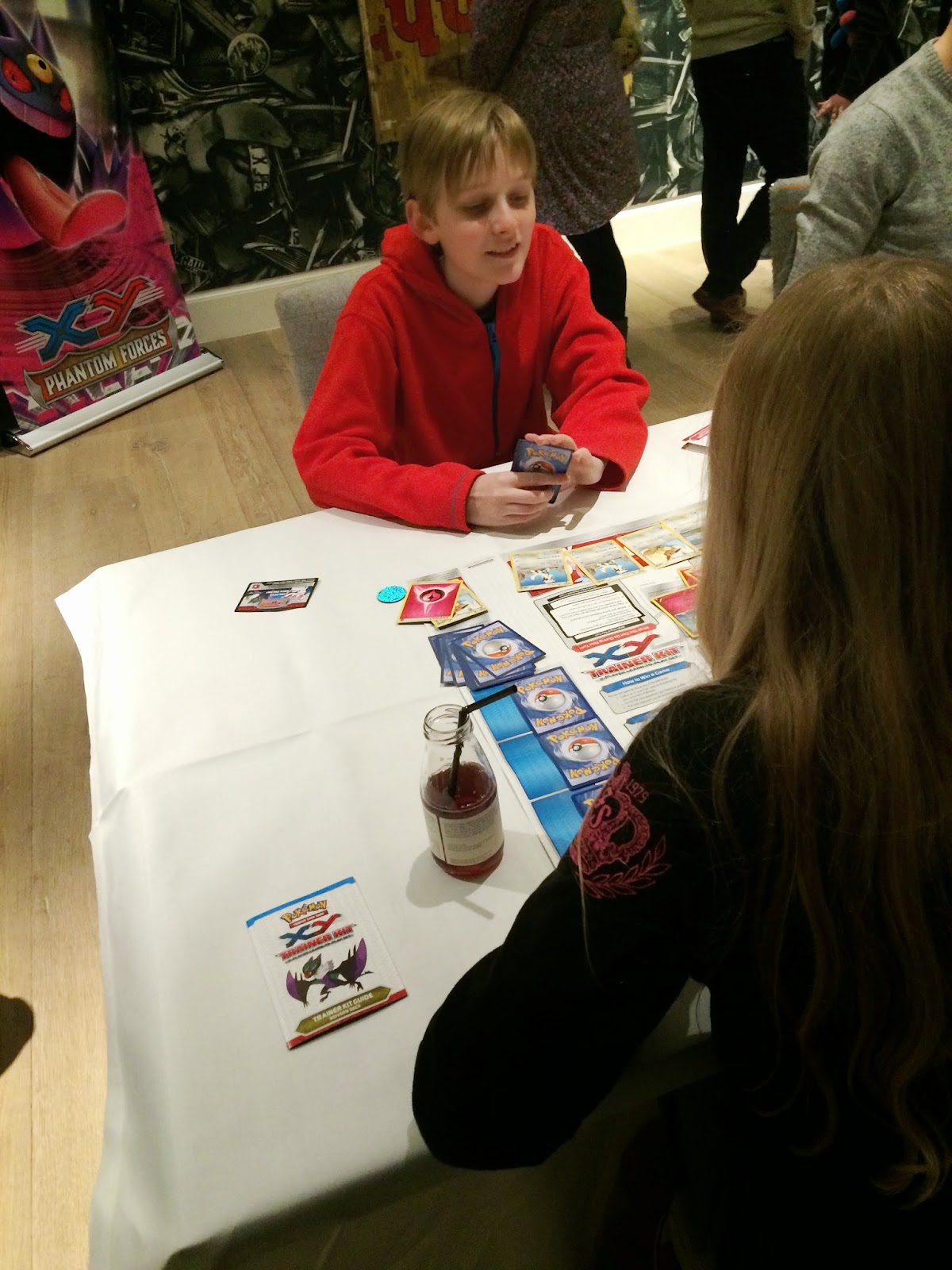 Pikachu! Bless you! Oh, you weren't sneezing - that's what you want for Christmas. A small yellow creature with red cheeks and electrical powers you say? And off I went to trawl the shops to find the requested Pokemon games, cards, cuddly toys and associated accessories thinking this would be a short-lived fad.

But Pokemon has stood the test of time and more than a decade later games and toys featuring creatures like Bunnelby, Vivillon, Parfi and Emolga are still hugely popular.

In just a year 13 million Pokemon X and Y games on the Nintendo DS platform have been sold worldwide and since the latest offerings Pokemon Omega Ruby and Pokemon Alpha Sapphire for Nintendo 2DS and 3DS were launched in Europe last week already 3 million copies have flown off the shelves.

A new film "Pokemon the Movie- Diancie and the Cocoon of Destruction" will soon be aired on CiTV and my family were lucky enough to get a sneak peek at the first UK screening in London at the weekend. 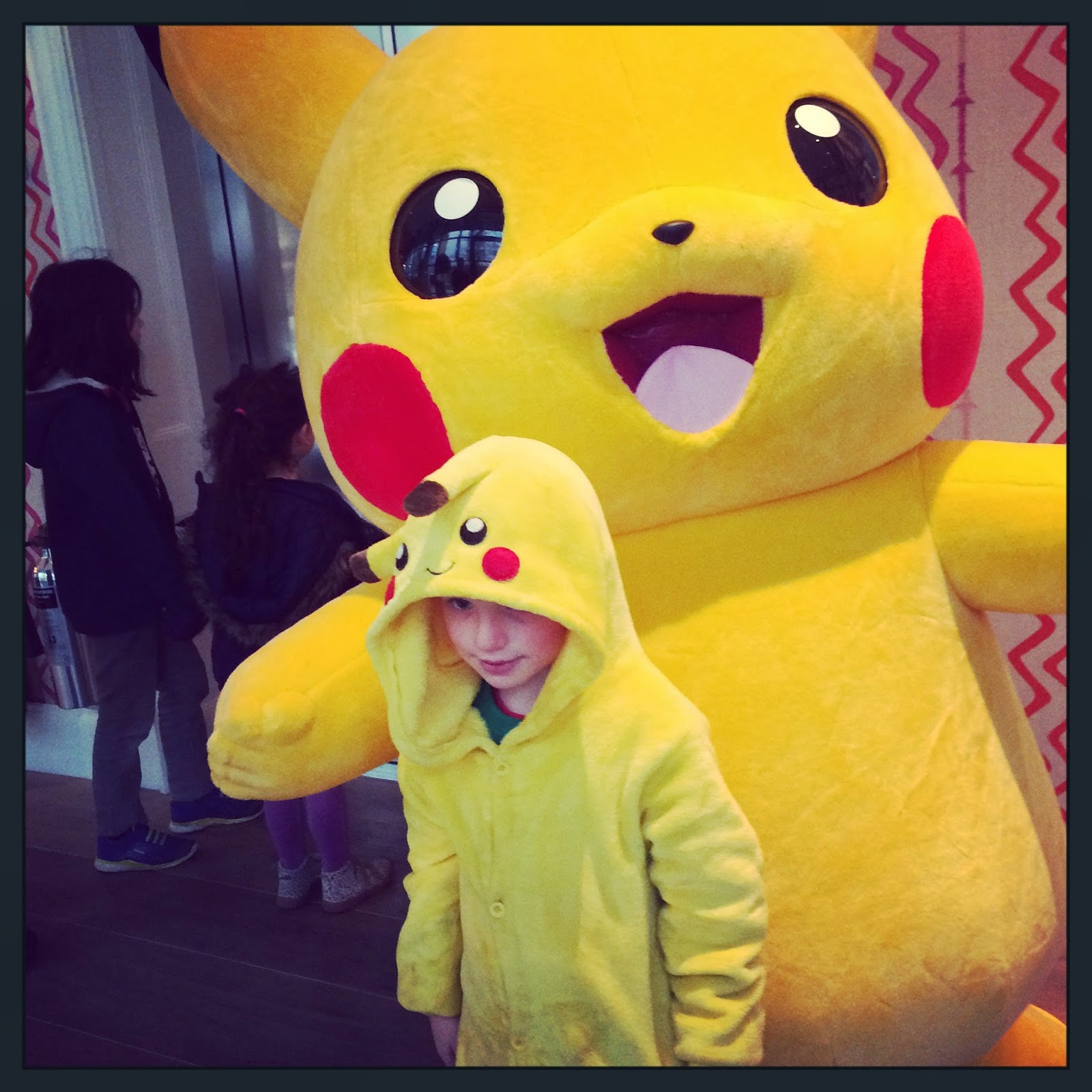 Pikachu was there to greet us (much to the delight of Grumpy who had worn his Pikachu onesie especially for the event) but of even more interest to die-hard fans, the games' producer and director Junichi Masuda and Shigeru Ohmori also attended attracting a long queue of people wanting photographs and autographs from the talented guys who have been involved in almost every aspect of creating Pokemon games since the 90's.

And the film? Well I have a working knowledge of Pokemon generally and some of the characters so was able to follow but to be honest it's a sweet tale your children can enjoy even if they have no idea who Diancie is!

The ethos behind the whole Pokemon world is one I thoroughly approve of. It's all about loyalty and friendship and perseverance, hope and love and finding your inner strength, power and talents. It's  Goodies vs Baddies and the Goodies always triumph and often learn a valuable life lesson on the way.

Even the words to the theme tune please me :"You'll teach me and I'll teach you - Pokemon!" So although there are battles (think Top Trumps with leaping cartoon characters) it's never gory, mainly featuring bright lights and gasps of horror or delight from the Pokemon trainers and their teams who compete to win.... well I'm not entirely sure to be honest. I must ask the children......

The Omega Ruby and Alpha Sapphire games were installed on Nintendo ds consoles at the event and enthralled my whole family from my 6-year-old (although please note the game is labelled as suitable for 7 years and over) up to my 19-year-old. 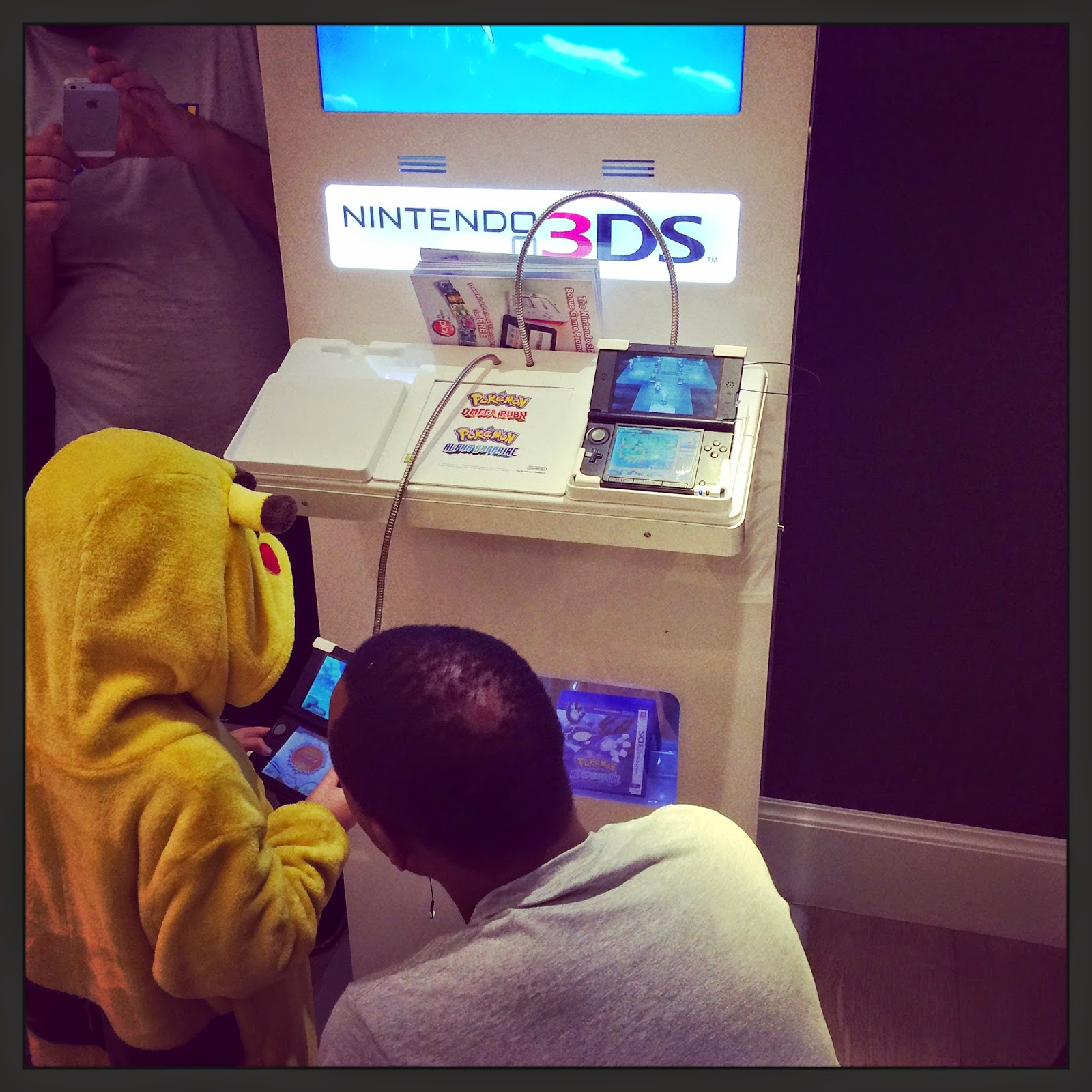 Like most good games they work on many levels. Essentially they are role playing games based on the 2002 Omega and Sapphire but very much enhanced with lots of new features and even more mega evolved Pokemon than X and Y.  This will make sense to your Pokemon loving child.

My son has already treated himself to one of the games but I gather it might be worth Santa bringing the other one as each has unique features.

Another quick tip - there is a free Pokemon TV app which proves very useful for my children when they are bored on trains/in queues/in the car. Available for Apple products and Android.


Disclaimer: My family received goody bags at the Pokemon event as a thank you to madmumof7 for sharing news about the new games and film. Views and opinions remain honest and my own.