on January 07, 2015
We love TV and it's rare that at some point in the evening or at weekends that someone from our large family does not sit down to relax in front of the television. 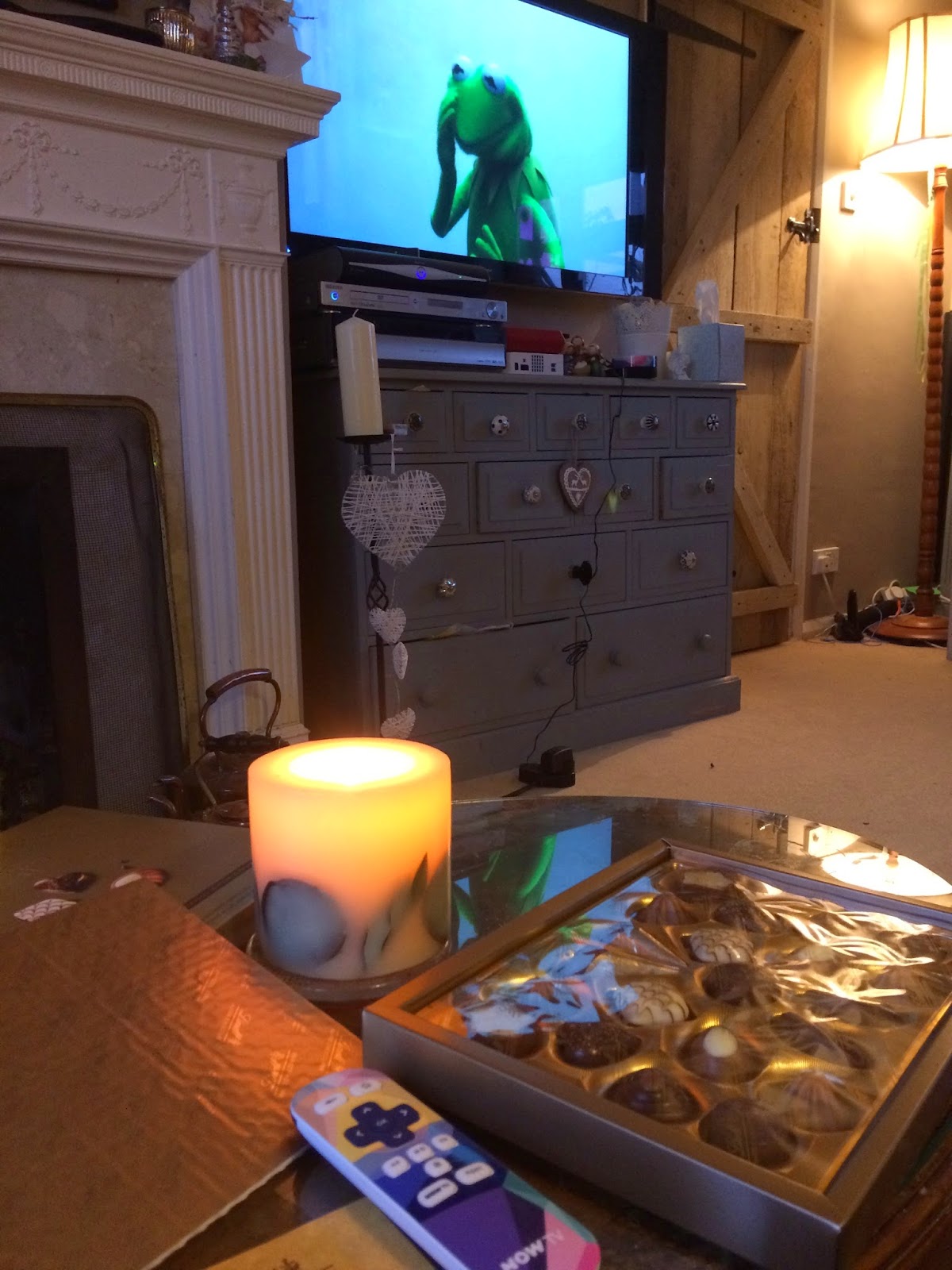 Some of my favourite evenings are when we all sit down - all nine of us when the older boys are home - to enjoy a family film or one of our favourite series sharing a bowl of popcorn, chocs or a cheeky takeaway. Chatting and laughing together with a cosy fire roaring - bliss!

Over the Christmas period we were invited to try out a NOW TV box - a simple plug and play device which effectively turns your TV into a smart TV.

You can choose one or more packages from Movie, Entertainment and Sports, all contract free, no strings attached.

Prices are currently £9.99 per pack per month with great discounts on offer if you buy three or six months upfront. Or just buy the box for £9.99 which effectively turns your TV into a smart television with a load of catch-up TV options plus Apps like Spotify, Youtube and BBC Sport all for free. 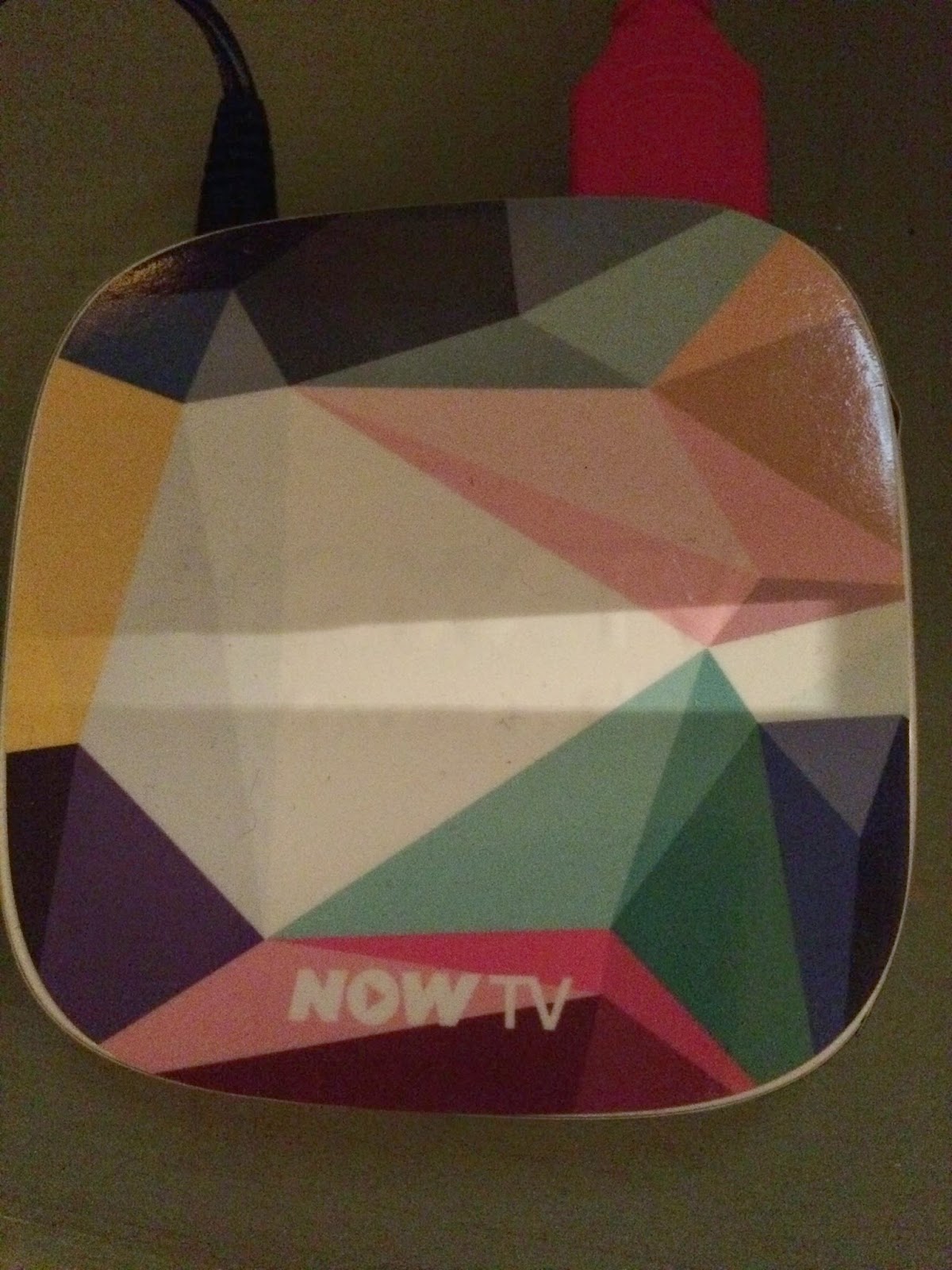 Anyway we had the movies package and after setting up the box (which comes with simple instructions to plug in and connect to wifi -the whole installation from box to viewing took minutes) the children were squealing with excitement at the range of films available.

We had to operate a playlist system incorporating everyone's choices otherwise Grumpy would have subjected us to the extensive range of Toy Story films available on a loop.

One one lazy Sunday just after Christmas we watched film after film including Operation Dumbo Drop, Gravity, Star Trek Edge of Darkness and Deep Impact. I didn't go to bed until well into Monday!

Enthusing on Twitter about my lovely relaxing day the lovely Tweeps at NOW TV even gave me some movie suggestions based on what I had watched already - now that is service!

We had been sent one of the limited edition boxes with a lovely patterned box and remote but you can also get it in white. The box is small and sleek and the remote is smaller than most but nice to hold and, after we got the angle and line of sight right, easy to operate. 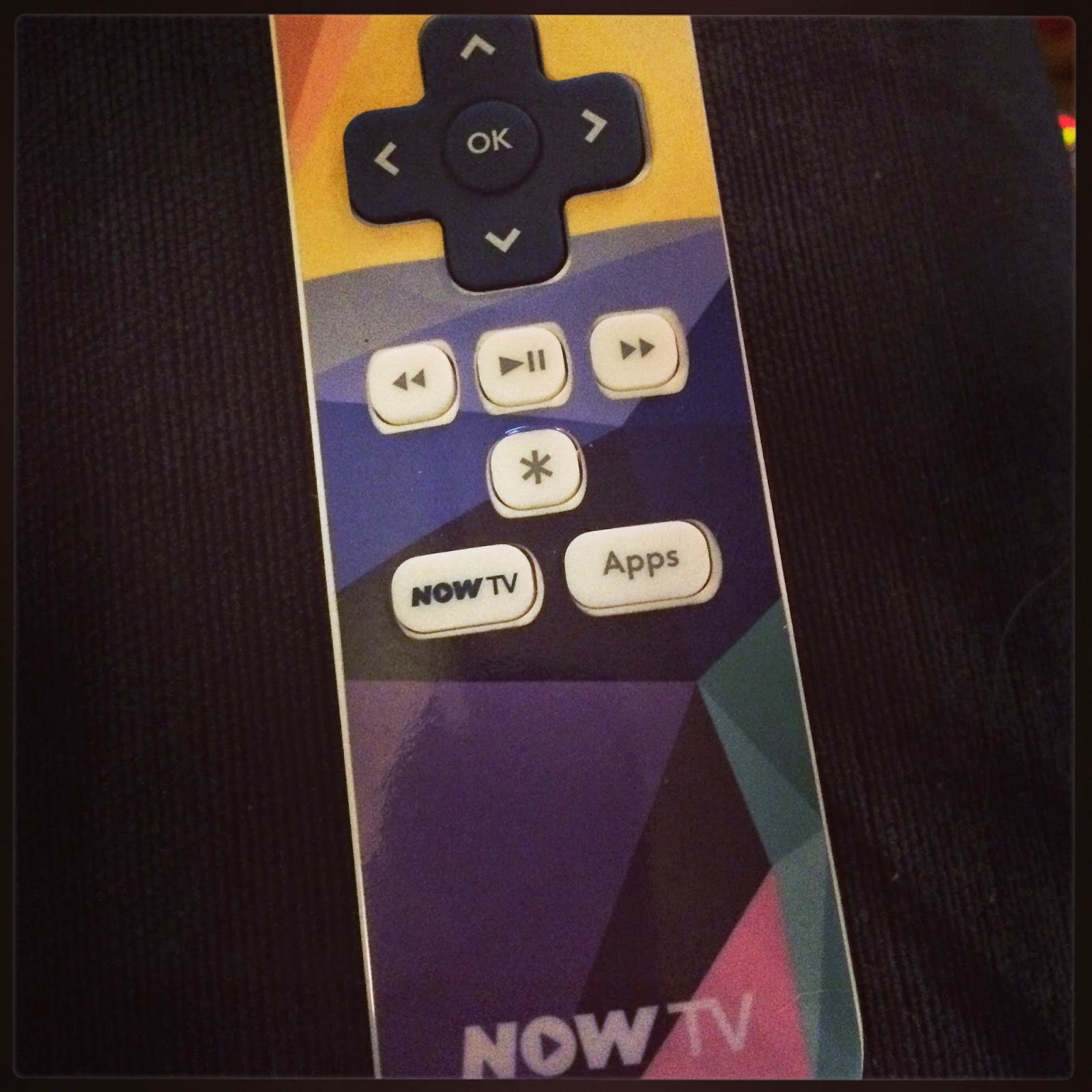 I know the market has been flooded with alternatives to the big programming providers recently but having tried a few I have to say NOW TV seems to be one of the best.

You get a good choice of channels at a competitive price. The best thing about it is there is no contract so it's sort of pay as you go.

And like many services of this kind you can of course watch on mobile devices  like smartphones, tablets, games consoles and laptops (check your device is compatible before purchasing).

You are allowed to register on up to four devices and watch on two at the same time. NOW TV's motto is "no strings, no contract, no hassle" which pretty much sums up the service. With under £10 as an initial outlay I would definitely recommend it!

Disclaimer: I received a NOW TV limited edition box, one month of the Movies package and a hamper of treats in return for this review. Views and opinions remain honest and my own.
entertainment films kids movies NOW TV Sports Television TV