on March 06, 2015
My 6-year is always on the look-out for a new exciting game to play on our iPad. And there's many time I have thanked the gods at Apple who created my iPhone which acts not only as my mobile office, social secretary and as an all singing, all dancing entertainment centre for me and my children. 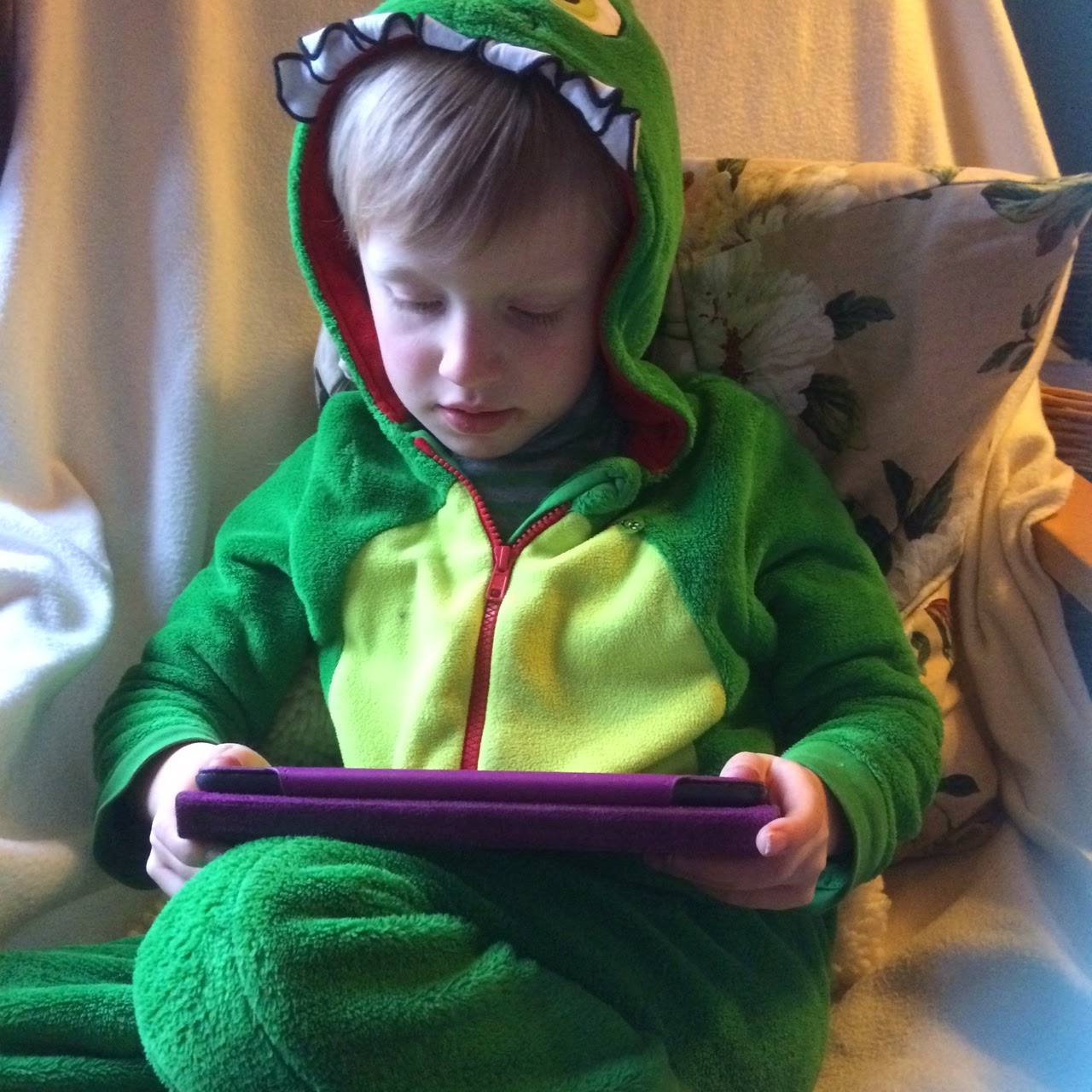 The latest game to enthral my children is Dino Tales from Kuato Studios, available for £2.99 from the Apple app store.

Now normally I don't pay more than 99p for an app for the children but as soon as I opened the app I realised that the quality of the graphics is fabulous, compared to most free or cheaper games.

Developed with children, parents and educational specialists, Dino Tales lets the player explore an island teeming with prehistoric wildlife through the eyes of 6 baby dinosaurs. (we loved watching them hatch!)

Designed for children aged aged 4 to 10 I was surprised to see that even my teens enjoy the game! It's perfect for dinosaur fans who can ask Darwin (a wise talking dino) dinosaur-related questions. Apparently he can answer thousands of questions! Useful if you have a small child like Grumpy who loves to learn facts and figures.

The child playing is both adventurer and storyteller creating a storybook which can be shared and read later. 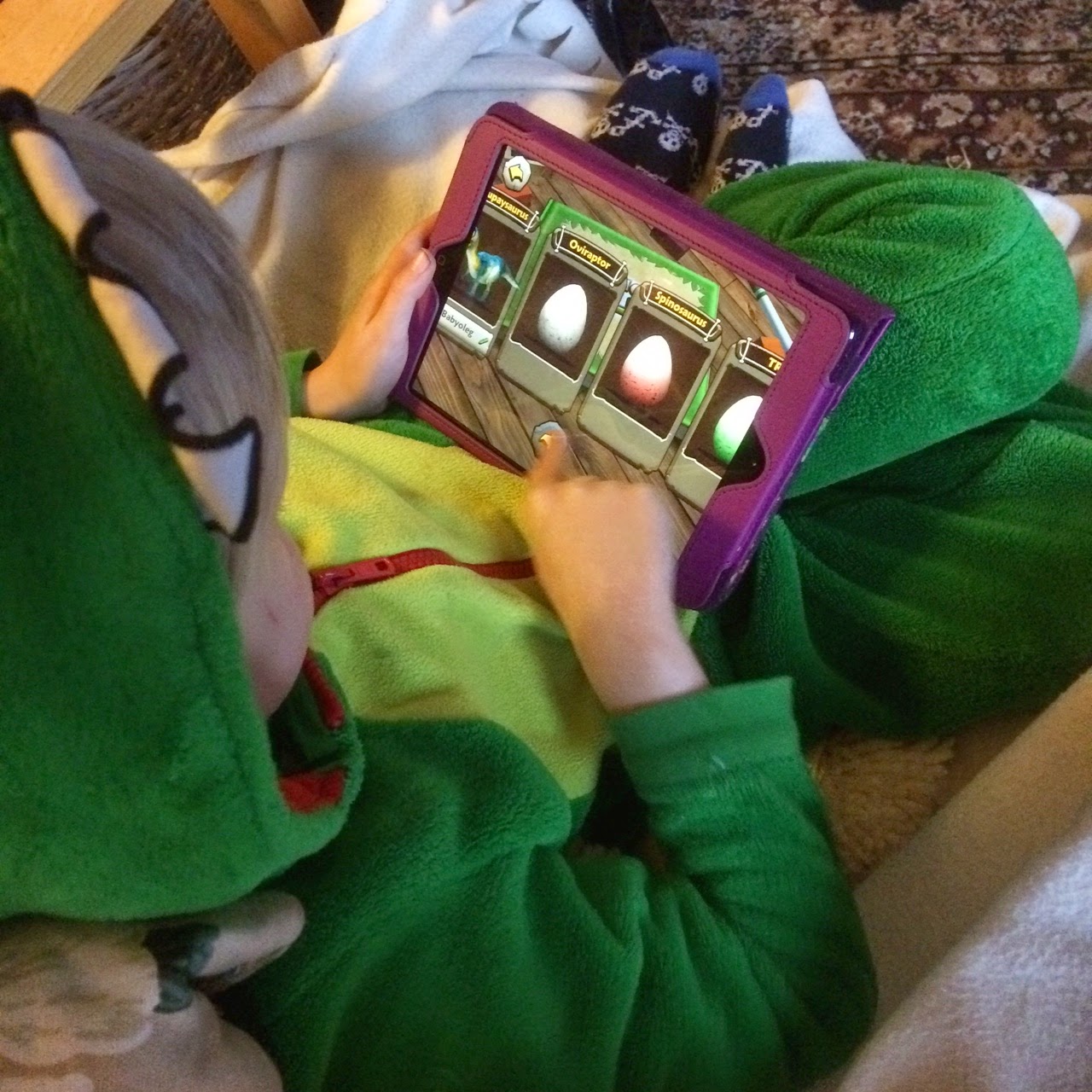 We found the game easy to start- you can begin playing in under a minute. We were impressed to discover it is very adaptable to the age or ability of the child playing. You can even access a pin-secure parent's area where you can set reading age, length of play sessions and receive emails of their child's latest tale.

I set the reading age for my 6-year-old and since he is at the age where he loves to read anything he was delighted to be able to follow the instructions himself instead of asking his older siblings to read for him.

Watching my children play I liked the controls which were simple and very reactive and enjoyed chatting with them about their dinosaur as they went in search of food, put him to bed for his nap and completed quests. I was even allowed to help with spotting sparkling plants for the baby dinosaurs to eat.

Grumpy (6) said he particularly likes hunting for eggs while DS#4 said he thought the graphics were amazing - this from a boy who plays games on an X box 360. His 15-year-old agreed and added he thought they were the best graphics he'd ever seen on a tablet/mobile phone game. High praise indeed! 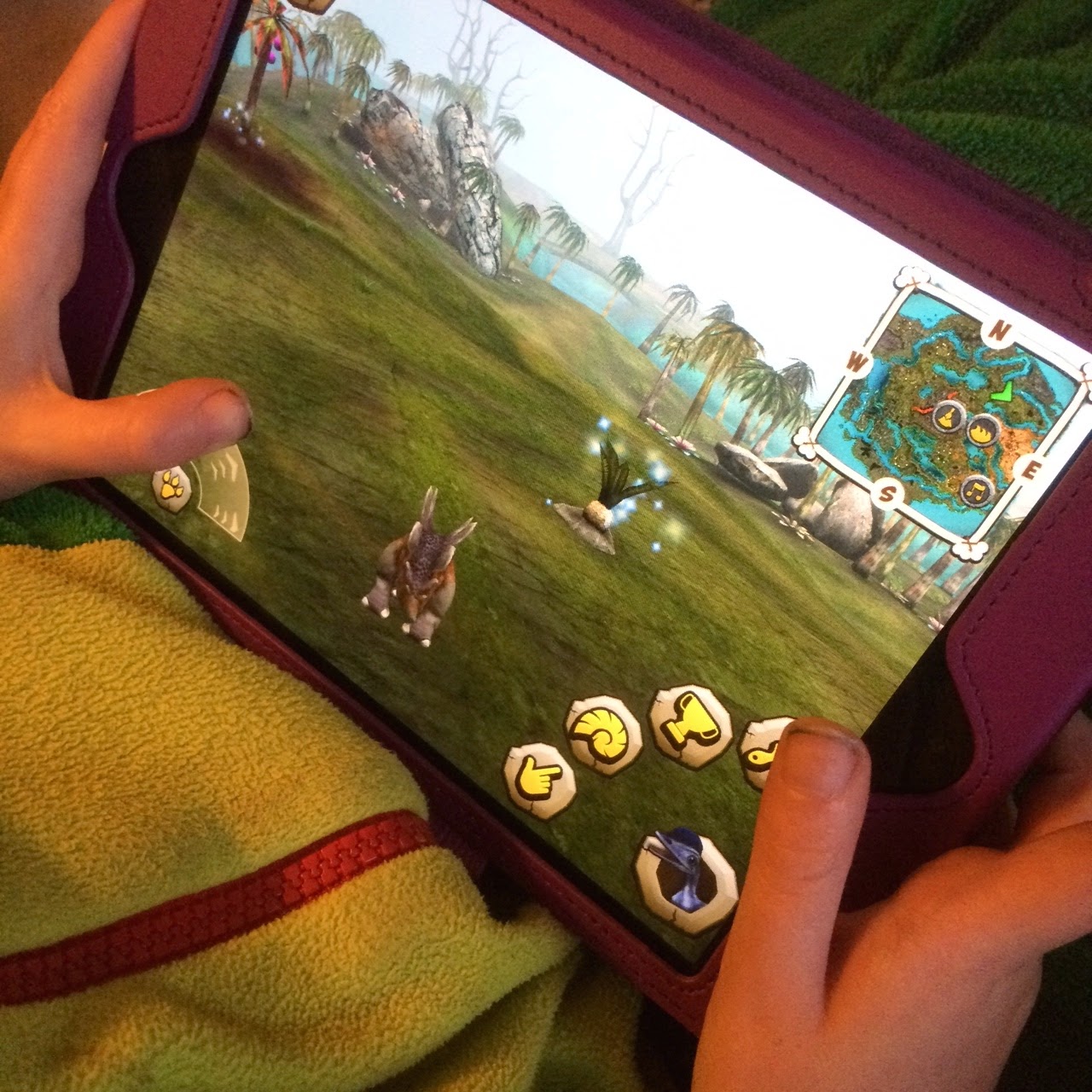 So what can children "do" on their island?

Parents who prefer their children to gain some educational value from their games, especially when they are playing online games, will be glad to know that Dino Tales develops core skills including sentence construction, vocabulary and language.

The app received an enthusiastic thumbs up from my children aged 6-15 who squabbled over whose turn it was next. Even after a few weeks of playing Dino Tales it still seems to still be a firm favourite and is the first app Grumpy clicks on when he is allowed Tablet time. 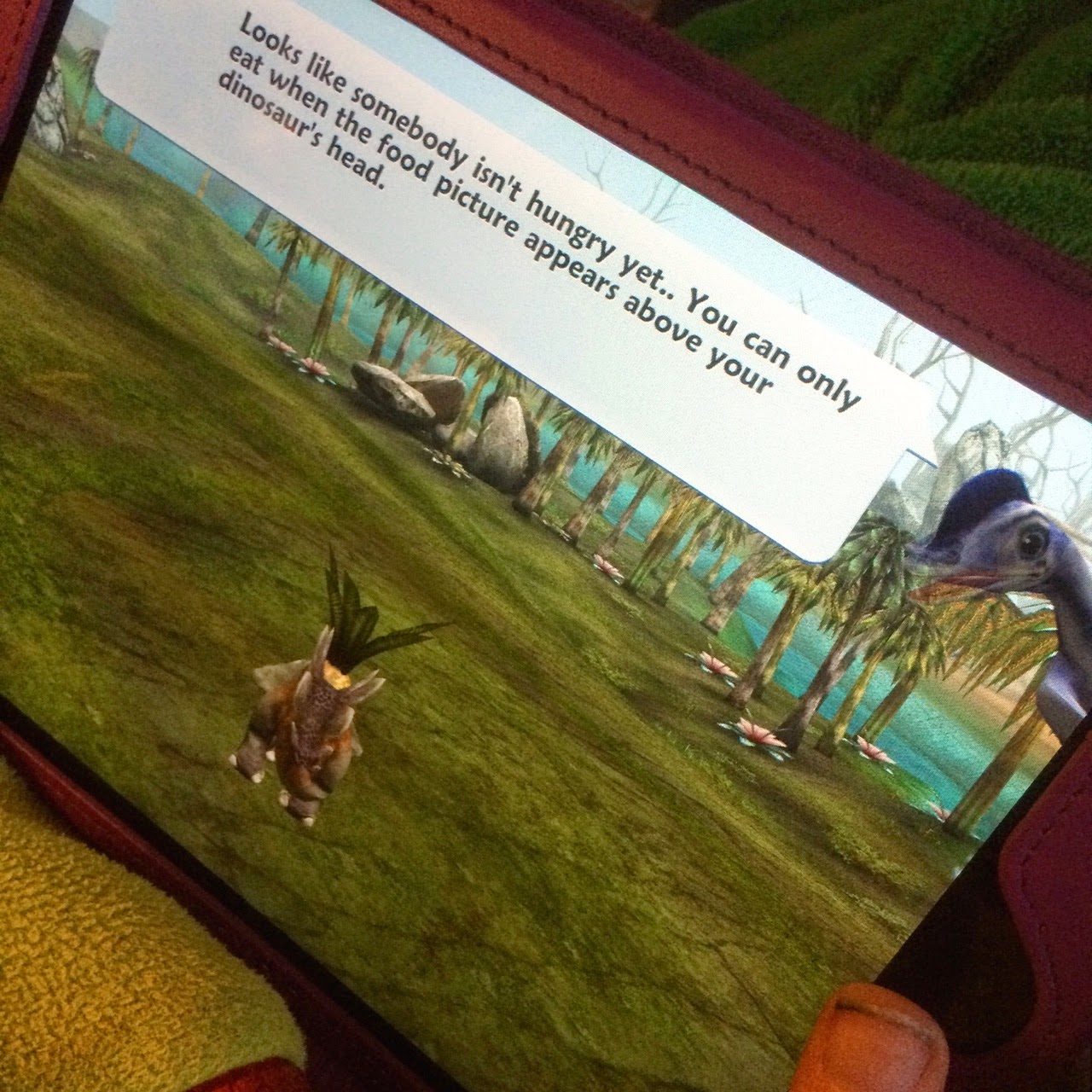 This is a Netmum's sponsored review.To find out more click the button:

“I am a member of the Netmums Blogging Network, a unique community of parent bloggers from around the UK who have been handpicked by the Netmums team to review products and brands on their behalf. I may have been paid expenses, and have been supplied with a product sample for this review, but retain all editorial control. All my Netmums Reviews will display the Netmums logo within the post.”
App app store Apple apps for kids children's online games Dino Tales dinosaur dinosaur game Ipad iPhone