on June 18, 2015
My children love pizza and they especially love it when they have had a hand in creating it, adding their own toppings and usually making faces out of the ingredients.

They were very excited by news that Morrisons is allowing kids to make pizza portraits of their dad adding ingredients of their choice to a pizza base in 200 stores nationwide this week, up to and including Father's Day this Sunday (June 21). 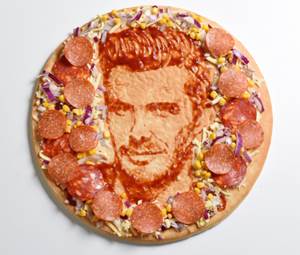 Nathan Wyburn took almost 24 hours to create his pizza portraits. They are amazing but my children only spent half an hour on their efforts and although I admit I might be biased, I think they are equally spectacular! Big reveal further down this post!

My five youngest children chose to split into teams - boys vs girls. The girls grumbled a bit about the boys team having an extra person but I reminded them that girls are awesome and after agreeing they accepted the difference. 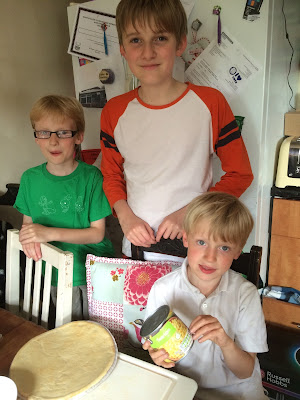 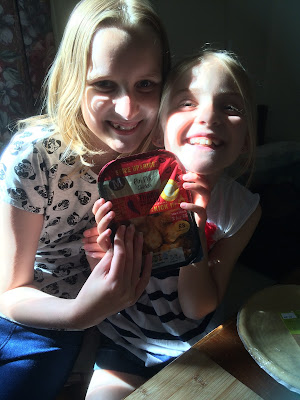 They used ingredients sent by Morrison's in a goody bag with passata, a variety of cheeses, olives, cooked chicken and pepperoni, peppers, red onion, tinned sweetcorn and fresh mushrooms. 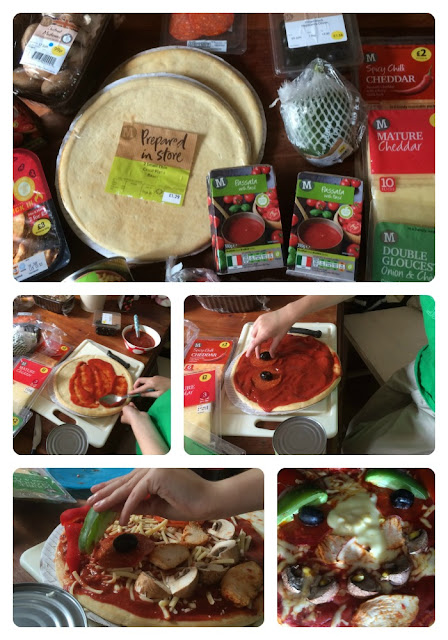 To be honest I thought they would make the pizzas then refuse to eat them but every last slice disappeared like a flash with only one slice saved for the man depicted on each pizza. Nothing like getting them involved in preparing their own meals to encourage them to eat new things!

Daddy judged the pizzas (tactfully) to be equally awesome and declared the competition a tie. The judging of course included sampling. He said the pizza he tried was very tasty

If your children fancy making a pizza portrait too head to the pizza counter at Morrisons up where the service should be available from now until Father's Day. There should be plenty of ingredients to choose from out of the 26 available on in-store pizza counters and store colleagues will help create the perfect picture.

Disclaimer: We were provided with ingredients from Morrisons to make our own pizza portraits. Views and opinions remain honest and my own.