on July 20, 2015
I am very lucky. I have never been held back by gender stereotypes. I had parents and a stepdad who obviously didn't believe that the female gender was the weaker sex. I was never taught that being #LikeAGirl was a bad thing.

I was conditioned- in a  good way- to believe I could achieve anything I put my mind to regardless of gender and would only be held back by the limits of my imagination (and my terrible maths!)

I breezily decided on a career in print journalism back when newsrooms were still largely dominated by the "old school" brigade of grumpy misogynistic male editors. Thanks to my upbringing I never felt I had to prove myself as an equal and won their grizzly hearts with a combination of hard work, sarcastic comments, some unexpectedly colourful language and what has been described in the past by one Editor as "a menacing walk."

I have two girls of my own now. My 14-year-old daughter I have see wearing a dress through choice maybe five times in her life. She loves climbing trees and anything else which is climbable whilst the other, aged 9,  is a ballet-dancing, hair-tossing girly girl who loves to raid my drawers for accessories for her carefully chosen outfits. They are both however like-minded when it comes to their belief that girls are just as capable and clever as boys. 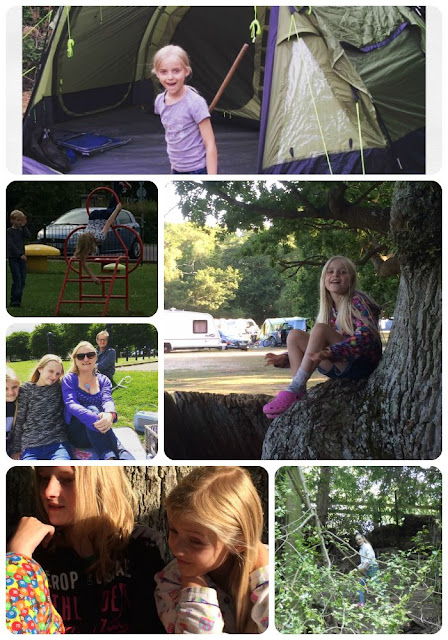 My older daughter loves science and maths and has expressed an interest in becoming a chemical engineer and the other is artistic and creative. Thee are both up for any challenge and thankfully see their brothers as equals. We try to encourage all of our 7 children, regardless of gender, to follow their own dreams even when as parents we would like them to do what we think is best for them. It's not always easy.

I thought most modern parents had abandoned gender stereotypes so was sad to learn in this day and age that there are still people who think doing something #LikeAGirl means to be inferior to boys.

Girls can’t be brave” and “girls aren’t strong” are limiting phrases seemingly from a bygone era, but a new Always social experiment reveals that many girls today feel limited by society’s expectations of women. In fact, data from the most recent Always Confidence & Puberty Survey*, shows that 66 percent of girls feel held back by society, which they believe dictates what they should, and shouldn’t do.

Don't believe me? Check out this sobering video.

Apparently this belief that girls are the weaker sex is particularly strong during puberty when many girls make life-defining choices at school, in building relationships.  It's proved that girls lose self-confidence at this time so it's especially important to focus on building confidence and making sure they feel supported and motivated to pursue their passions. We all need to help them feel unstoppable.


Always is inviting girls and women everywhere to join the movement to smash limitations and to proudly share how they are unstoppable #LikeAGirl. Take a picture, shoot a video or send a message using the hashtag #LikeAGirl to take a stand and show young girls everywhere that girls can do anything and everything!