on September 28, 2015
You probably have never heard of them but trust me- Itty Bittys, a collection of super cute plush toys which are modelled on iconic characters from film and TV past and present are going to be hugely popular.

Already on sale in the US and Australia the most popular and hard-to-find models are changing hands at more than £100 - incredible when you think they retail at around £6.

One of the best selling models in the US, and one of the first to be going on sale in the UK is the Batman Itty Bitty. I received a box filled with characters which I knew my younger children would adore but was shocked when my 20-year-old son pounced on Batman and nabbed him! If he thinks they are cool, trust me they must be uber-cool! 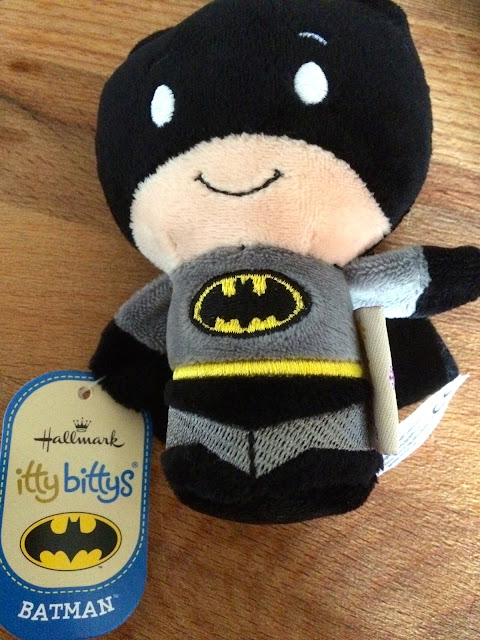 We had a slight skirmish as the children fought over the other characters with the Father Christmas and Rudolph being especially popular.

I loved Snoopy (a blast from my past) and so did my cat Felix who was spotted snoozing with "his" IttyBitty. 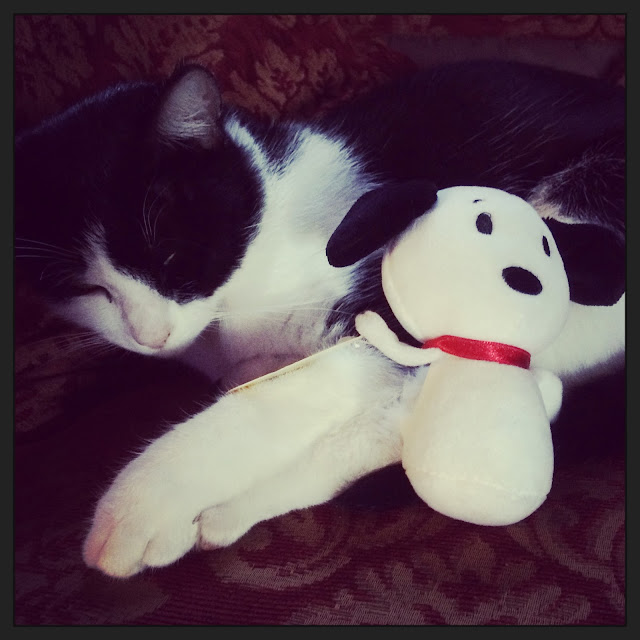 The first ranges available to UK collectors will be Super Heroes, Snoopy and Charlie Brown, Scooby Doo and The Wizard of Oz. The Super Hero range, which also includes the Superman and Wonder Woman Itty Bittys, will all be available before the release of 2016’s highly anticipated Batman V Superman film.

The ranges don't just include characters from newly released films. There will also be figures from some of the most recognisable and popular films and TV shows of the past century- I did have to explain a couple of them to my children!

Most of the ranges Ive seen on American websites are gender-neutral with a few like the Princess and Barbie collections probably appealing more to girls - big or little. Of course there's a Frozen range which will do well if it crosses the pond, and the Star Wars cult never seems to fade so I reckon they will fly off the shelves too.

Following the release of the first range of toys, Hallmark promise they will be continually releasing new Itty Bittys to ensure collectors have a constant supply of new characters to purchase. 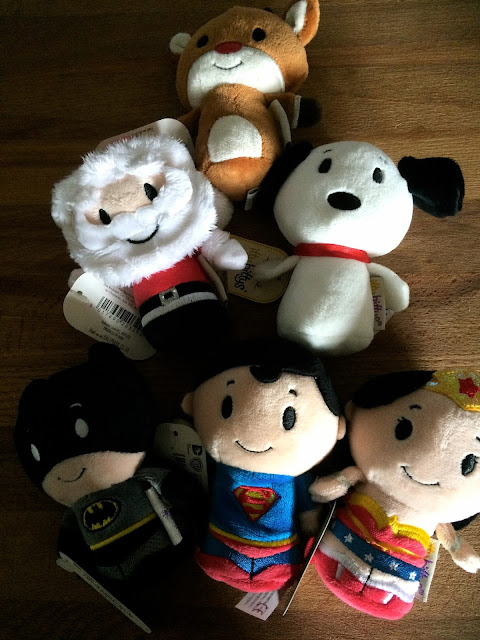 As collectables go I have to say this is one of the nicest collections I have seen for a while - no cards or little plastic bits to suck up the vacuum wins points with this mum!

And for those not sure about what to buy their nephew/neighbour/kids from school for birthdays or Christmas these are perfect as I think they pretty much appeal to all ages - even super-cool young adults!

The price makes them affordable as pocket money toys and I think the characters chosen for the ranges are quite timeless so hopefully you won't be left two weeks after purchase with a character which has already fallen out of the "must have" zone.

They are pocket sized for easy transport but big enough to cuddle -I cannot see how these can fail to be a big hit. You just might need to be prepared to grab your favourite characters as you see them in store 'cause if the US market is anything to go buy these are going to be immensely collectable.