The one where selfish commuters ignore disabled travellers- a rant.

on September 21, 2015
I was on the train last week heading off to learn all about smart homes at a very nice apartment in London but due to some complicated child-herding arrangements I got on to my usual train a couple of stops down the line from my normal station.

I had not appreciated previously how lucky I am as usually I have no trouble getting a seat on the train and my biggest gripe is that sometimes I have to travel facing backwards which I hate. 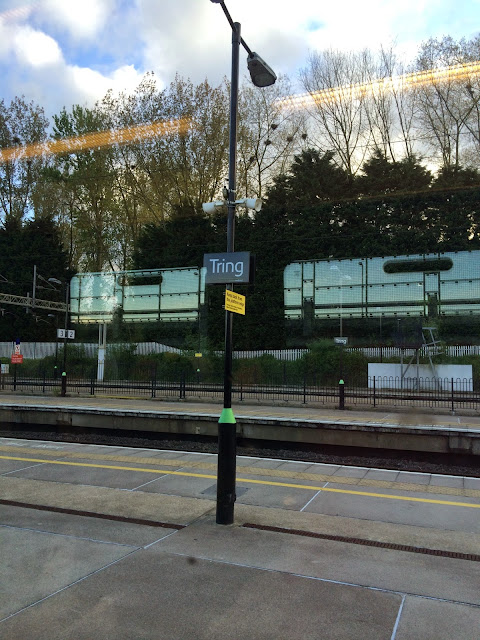 Just a couple of stops down the line however and getting onto the train-the first one after the clock clicks over into off-peak time - and I found all of the carriages were rammed with people.

Unhappy looking people with ear-buds, bags, crumpled newspapers and electronic gadgets. I even saw one man trying to type on his laptop which was balanced precariously on one knee as he balanced crane-like whilst leaning on the train door.

I find standing for even a few minutes really hard with Fibromylagia and peered longingly down the carriage towards the seats which state they should be given up for passengers with disabilities.

The seats were occupied by two burly blokes with a variety of piercings and body language which I read as "don't even try it love."

My blue badge was obviously in my car window and I am very aware that I look perfectly healthy so didn't fancy trying to explain an invisible illness to the blokes. To be fair it occurred to me that if my disability is invisible, they might also have a similar condition. Well, OK actually I chickened out.

I put my bag on the floor and positioned myself as best as I could in a braced leaning position against one partition hoping my legs wouldn't give way.

A couple more stops down the line and an older man stepped with some effort from the platform into the carriage using an elegant silver topped stick for support. He looked, as I had, up and down the carriage but by this point the standing room only area had extended all the way down the aisles as well as by the doors.

As the train moved off he staggered and grabbed the top of the seat. I looked around for someone to give up their seat for this very visibly disabled gent only to be met by stares or tops of peoples heads as people became suddenly fascinated with newspapers, tablets and laptops.

I was about to shame one man playing a car racing game on his tablet when a woman of about my age stood up from her seat and gestured for the man with the stick to sit there. At this point we all noticed that SHE was leaning heavily on her own walking stick, and had a heavy-looking bag to boot.

The man with the cane refused, she insisted and he finally and gratefully collapsed into the seat.

I could not believe that so many able-bodied passengers would allow this to happen and once again prepared to intervene but was beaten by the woman with the stick who tapped the car-driving gamer firmly on his shoulder and asked him to move so she could sit down.

He did exactly that, never once allowing his gaze to leave his screen. I felt like applauding the bravery of the woman who had engineered seats for both herself and the man with the stick and felt like shouting at the entire carriage who had made it the only option for both of them.

My message to travellers. If the train is packed and you are fit and healthy look around every now and again and check if someone needs your seat more than you. I appreciate you have probably paid a ridiculous amount of money for your ticket but so have they and helping out someone in need will at least give you a warm fuzzy feeling. 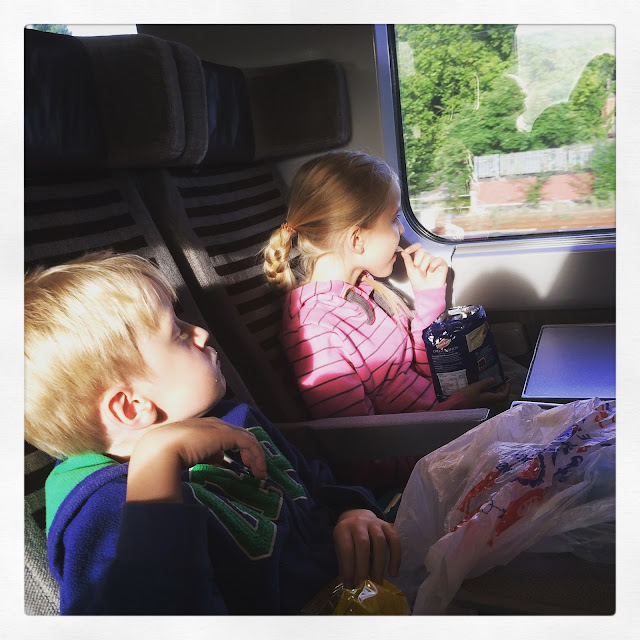 Of course give your seat up for people with walking aids, but also look out for stressed parents trying to manage a wobbly train with small children standing, people of any age who are struggling to stand securely as the train moves and exhausted looking middle-aged blondes who have no obvious signs of disability but are looking increasingly uncomfortable as the journey shakes every last vestige of energy from their painful bodies!