An selection of afternoon tea choices to suit the whole family at the Reform Social and Grill, London.

on October 08, 2015
Just off Bond Street in London in the swish Mandeville Hotel you will find the Reform Social & Grill, an oasis of luxury offering a variety of afternoon tea options to suit just about any taste.

Now I consider myself something of a connoisseur of afternoon tea offerings. Apart from good tea I believe a "proper" British afternoon tea should have scones, jam and clotted cream, little sandwiches and some fancy cakes. 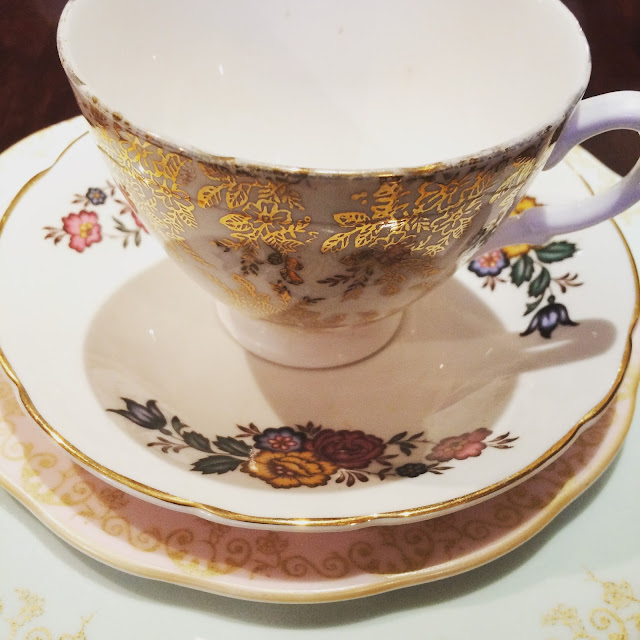 Until this week I would not have included a steak and snail sandwich in my list of afternoon tea must-haves but after sampling the Reform Grill and Social's unique Gentleman's Afternoon Tea it is my new favourite element of a tiered tea. 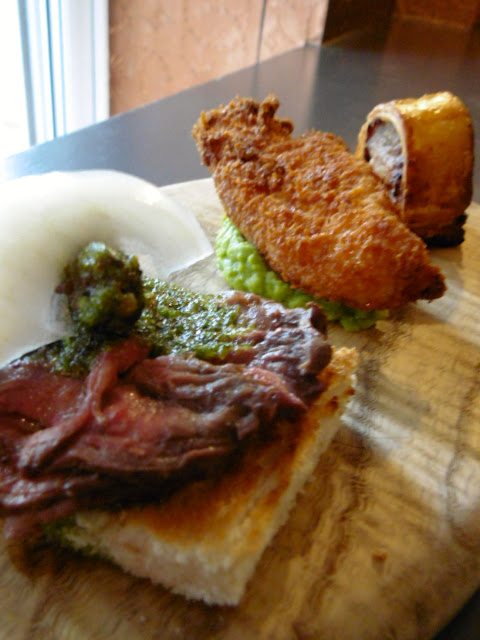 (Don't freak out about the snail bit - it just tasted like a chewy salty mushroom with the perfectly pink steak.)

Actually, the savoury bits of the venue's gentleman's tea were served on a wooden platter rather than the traditional cake tier. I wolfed down the snaily sandwich, a gorgeous slice of seasoned and sticky sausage roll and a fish goujon atop mushy peas before turning my attention to the sweet stuff which was on the cake stand.

I was not sure about the idea of real ale and chocolate cake but was pleasantly surprised by the success of the combination of flavours.  I could taste the ale in the mouthwatering chocolate mound unlike the After Eight mint fancy which was a sickly sweet, distinctly un-minty meringue. 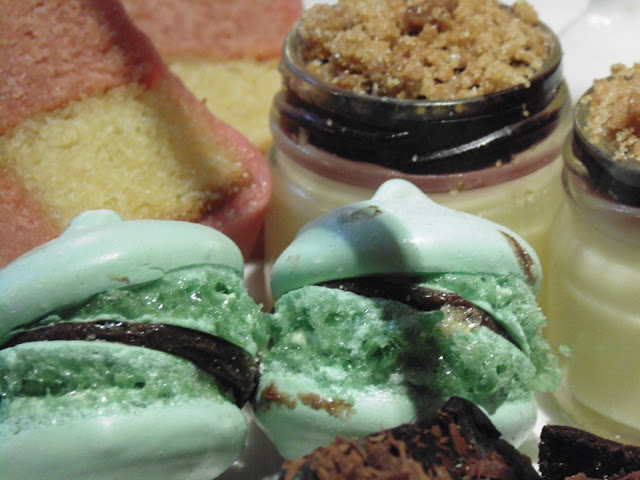 Other fancies proved to be a hit or miss according to personal taste. I enjoyed the Battenburg while others at my table found it too sweet. I was all "meh" about the apple cake but one of my fellow tea-tasters voted it her favourite.

But let's face it - you judge an afternoon tea on the scone and in this department the Reform Grill and Social did not disappoint. My scone was not too large, not too small, warm and moist (I'm sorry - that word "moist" always makes me laugh but it is the best description) and had sultanas in which wins points with me. 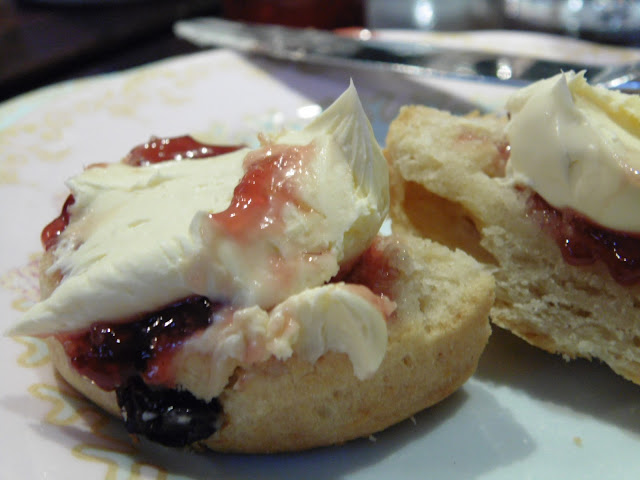 The clotted cream was oddly ice-cream like in appearance, served in a scooped sphere, but there was plenty of it to go with the scone along with jam from tiny jars.

There were more tiny jars filled with another original fancy - zingy, lemony custard layered with tart fruit and crumbly....well crumble.

My companions, self-dubbed the "tea ladies" were Nell Heshram  (The Pigeon Pair and Me), Jen Howze (Jenography)  and our host Gretta Schifano (Mums do travel).

They all chose the more traditional Vintage Afternoon Tea so I got to compare and contrast. Vintage seemed to refer to the cute mismatched china and some of the sandwich fillings - Coronation chicken, egg mayo, smoked salmon and cream cheese. Slightly more unusual was the goats curd and chive. I have to say the thought of that filling did not rock my world. I'd rather eat snails.

We thought on the whole the fillings were a little bit dry for our taste- the egg mayo for instance was thick and not very creamy - not enough mayo for me and a little bland. It did have cress in however and had the crusts cut off.

There was some debate on the use of traditional white and brown soft breads vs grain, wholemeal or soda varieties. I prefer traditional myself- I actually like processed white bread. Sorry!

I must mention the teas on offer - Brownie points to the Reform Grill and Social for a small but imaginative choice which included Jasmine Mist organic, organic African Amber and chamomile citrus along with the Earl Grey. I chose pear caramel tea which was almost as good as chocolate rooibos in my book. 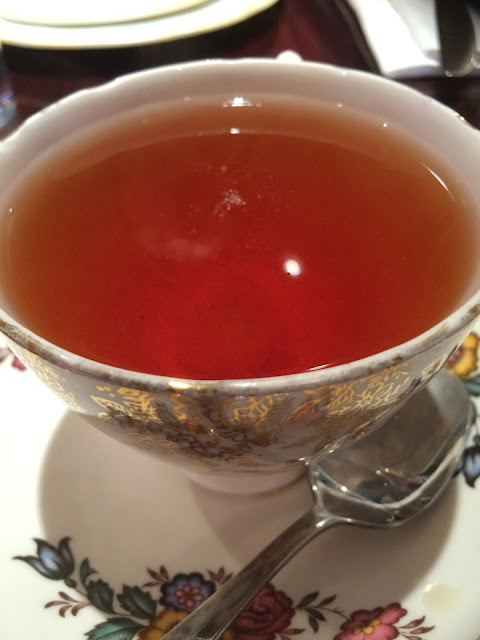 Oh and talking about drinks I almost forgot the Bellinis - on offer the day I visited was a choice of peach or green apple. Yum! You can also opt for "bubbles" or actual Champagne if you pay a supplement.

So that's the ladies sorted with the vintage tea, the blokes happy with ale cake and steak with the gentlemen's tea. What about the children?

Top points again to the Reform Social and Grill who have created a fabulous mini afternoon tea for children. Our official teeny tester Gwen seemed delighted with her strawberry milkshake which came along with PB&J sarnies, fish finger sandwiches and BBQ chicken sliders (the last two with brioche buns) cookies and a sticky chocolate and marshmallow pud. 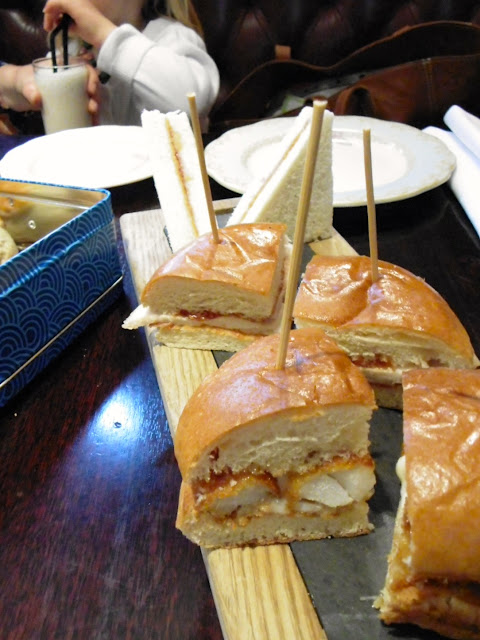 Some of the kid's afternoon tea comes served in a cute metal lunchbox and I was delighted to see that staff were happy to box up the food our little tester couldn't manage so she could finish it at her leisure at home.

What about the venue? Based on a gentleman's club there were  booths and tables both large and small. Apparently popular with couples and family groups alike it's worth thinking about booking at least two weeks in advance for a weekend visit.

Saturdays are apparently livelier with birthday parties and hen groups enjoying a luxury tea before hitting the nightlife, with Sundays more about families dining together.

On a damp Wednesday morning it was quiet but still had a nice atmosphere with attentive staff and fairly subtle modern recorded background music. We weren't rushed, our tea was replenished frequently and our youngest "tea lady" Gwen was made very welcome.

So how much does all this tasty loveliness cost? As afternoon tea's go it's pretty reasonable, especially when you consider you are in Marylebone in the heart of London. The children's #miniafternoontea costs £12.50 while the Vintage and Gentleman's teas start at £26.50. 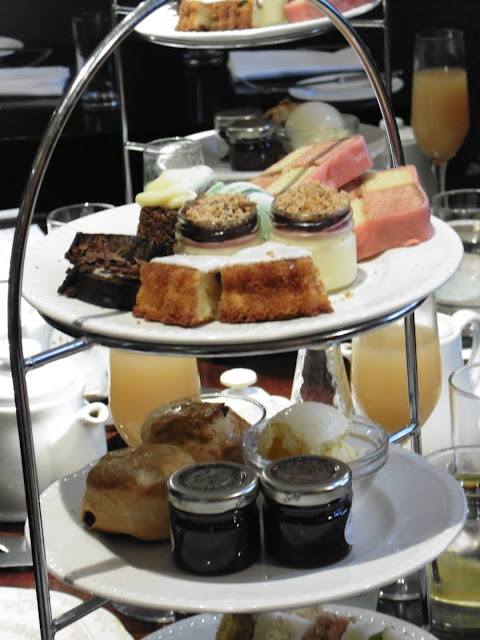 Want to read what some of the other tea ladies thought?
Check out Nell's post here and Gretta's post here.

Disclaimer: I enjoyed a free afternoon tea at the Reform Social and Grill. I was not obliged to write a review but chose to. Views and opinions remain honest and my own.