on October 31, 2015
Our family is a bit Minions mad  - and I'm not just talking about the younger children. Even the Future Daughter in Law (FDiL) has been known to sport Minions nightwear and Grumpy's Minion fart gun, a present from my cousin's family (thanks Helen!) keeps  him endlessly entertained.

Despicable Me and the spin off movies and mini-movies make fabulous family viewing. They manage to entertain all ages with a mix of pure slapstick and more subtle humour. 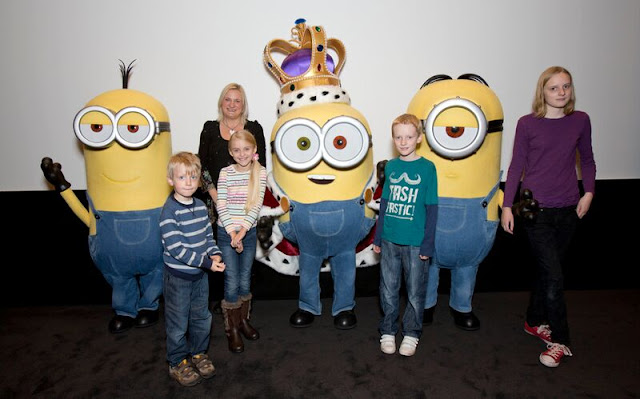 Fans will be glad to learn that they will soon be able to enjoy the little yellow fellas' antics at home, when MINIONS  is released on a variety of formats on 16th November from Universal Pictures (UK) and Illumination Entertainment.


If you've been hiding under a rock and have not yet been infected with Minions fever let me tell you a bit about the movie.

MINIONS begins at the dawn of time, long before we first met the lovable henchmen in Despicable Me.

Starting as single-celled yellow organisms, the Minions evolve through the ages, serving the most despicable of villains along the way – from the T. rex to Napoleon. Despite their best efforts, the Minions struggle to keep their bosses for long, and ultimately fall into a deep depression when they can’t find a new master to serve.

Thankfully, one adventurous Minion named Kevin steps in to save the day with a courageous plan and two unlikely sidekicks – teenage rebel and wannabe rock-star Stuart, and the hapless yet lovable little Bob. 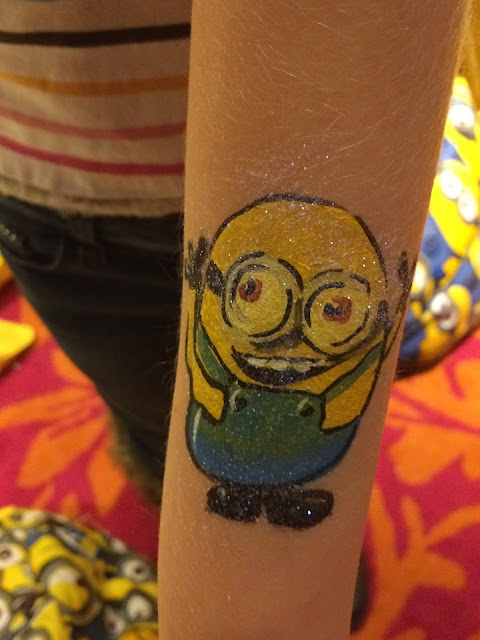 The trio embark upon a thrilling journey that ultimately leads them to their next potential boss, Scarlet Overkill, played by Academy Award® winner Sandra Bullock (Gravity, Miss Congeniality) the world’s first-ever female super- villain. Their quest sees them travel from frigid Antarctica to 1960’s New York City, finally ending in London, where they must face their biggest challenge to date – saving all of Minion kind from obliteration.

Featuring a soundtrack of hit music from the ’60s, MINIONS is produced by Illumination’s Chris Meledandri (Ice Age, Robots) and Janet Healy (Shark Tale, Jurassic Park) and is directed by Pierre Coffin (Despicable Me, Despicable Me 2) and Kyle Balda (The Lorax, The Mask). Brian Lynch (Puss In Boots, Hop) has written the screenplay and Chris Renaud (Ice Age: Dawn of the Dinosaurs, Orientation Day) serves as executive producer on the film.

During half term we were invited to the lovely Soho Hotel for some Minions crafting fun and a sneak peak at the three new mini movies which will be available to watch as a extra on the new release. 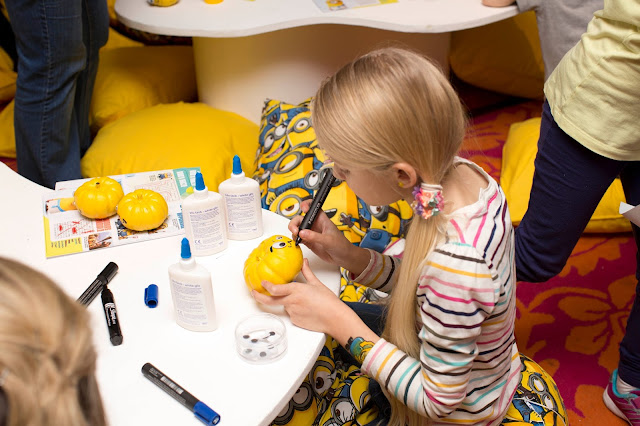 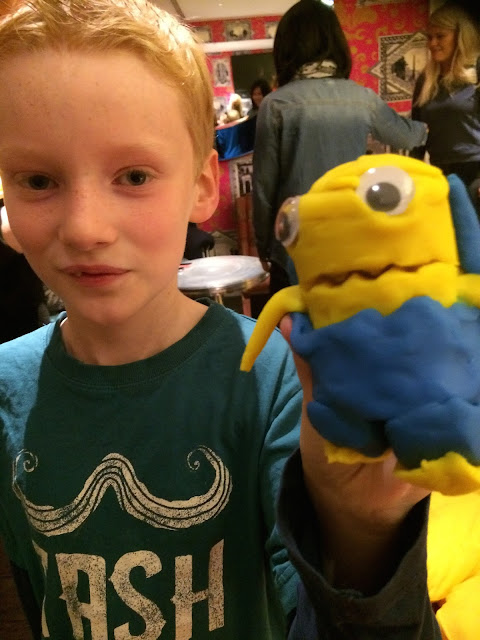 The children decorated Minions pumpkins, made models of their favourite Minion and worked hard on Minions activity sheets. DD#2 got a sparkly Minion painted on her arm and we even got to meet three of the main characters. Grumpy said the highlight of his trip into London was that he got to hug King Bob. 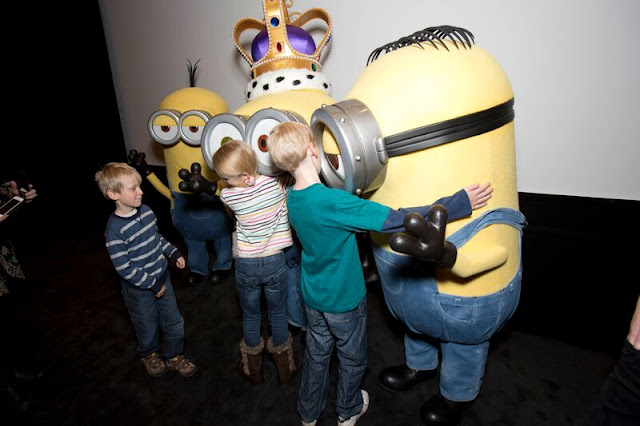 Despite grumbling a little bit about being torn away from all the Minions related activities (and a rather lovely buffet) the children (aged 7-16) were soon smiling and laughing at the mini movies. Let me tell you - it wasn't just the children laughing out loud at these clever short films.

The movie would make a perfect Christmas gift for children or Minion-loving adults. You can pre-order MINIONS  in your preferred format now. Apparently if you pre-order MINIONS MOVIE on Blu-Ray™3D, or DVD from Tesco.com  you will receive a free Minions keyring. Bonus!