Asian food- how adventurous are you when it comes to choosing your meal?

on January 12, 2016
Many years ago on my first night at university my new friends suggested we all go for an Indian meal. Realising my normal order of chicken and chips might not be the best option I decided to act like a grown up and order actual Indian food. Or at least food which had a vague Asian theme. 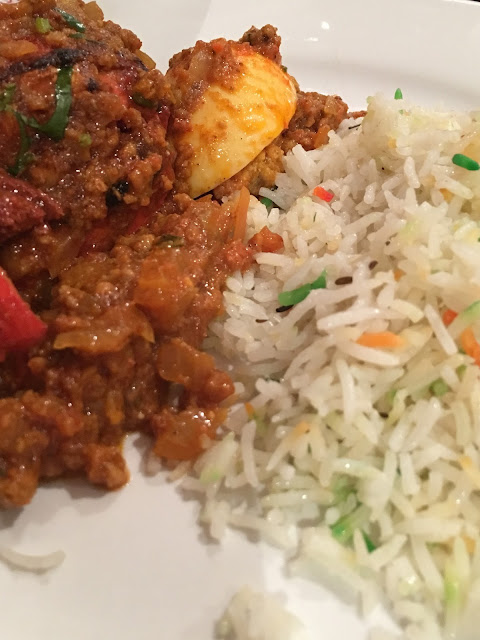 Of course not actually being very grown up I decided to ring my mum to ask her what I should order. It being quite late she was not best pleased at being woken up but sportingly suggested a selection of mild dishes she thought I might like, or at least be able to swallow without turning bright red or gagging. (I am a bit of a fussy eater.)

I'm ashamed to say I am predominantly eating the same dishes now, more than 25 years later.

This is particularly shameful since I eat Asian food quite a lot. I have mentioned before the CCTV club I am a founding member of - that's Curry And Crap TV in case you were wondering. 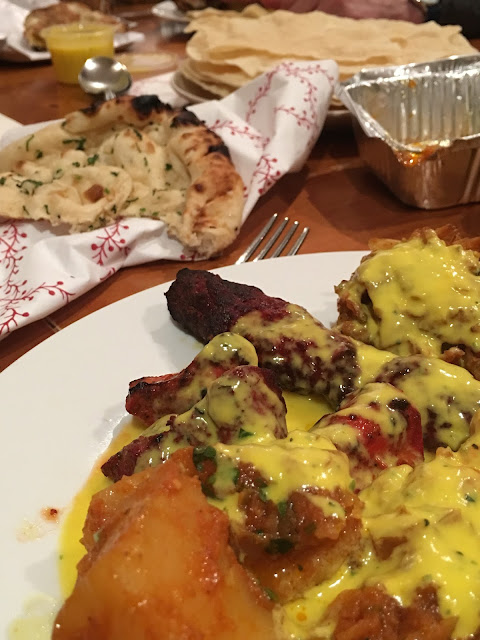 Generally held on a Tuesday we meet, sometimes cook but usually order food and watch cringeworthy television often involving hapless blokes trying to sort out weddings or new homes without their partners guidance.

Anyway- generally we all order the same thing with only the occasional foray into uncharted territories of the menu.

Recently however I have been slightly more adventurous and when given the opportunity will try and spoonful of other dishes in a bid to stretch my repertoire. I'll never be ordering a Madras or anything loaded with chilli but at least I am making the effort to try new things. 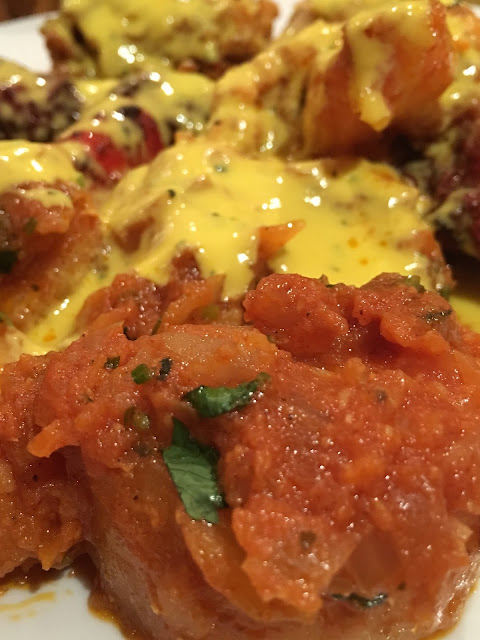 Buffet restaurants are quite good for trying new tastes and textures although often I find those places are staffed by chefs who are "Jack of all trades but master of none."

You get Indian chefs cooking Chinese food or Chinese chefs cooking Mexican dishes or British chefs cooking Italian food. It's OK but you can't beat going to a restaurant where the chefs are preparing specialities from their own country, or even better their own region of that country.

A recent browse through a takeaway menu unveiled an ambitious tour through Asia leaping from Persia to Pakistan. I suspect most of it was actually various forms or meat bathed in variations of the same base sauce with added spices.

I wish I had been courageous enough to just ask for the chef's signature dish but as always I plumped for the tandoori mixed grill with a side of Aloo Ghobi, a garlic nan and extra mint sauce. 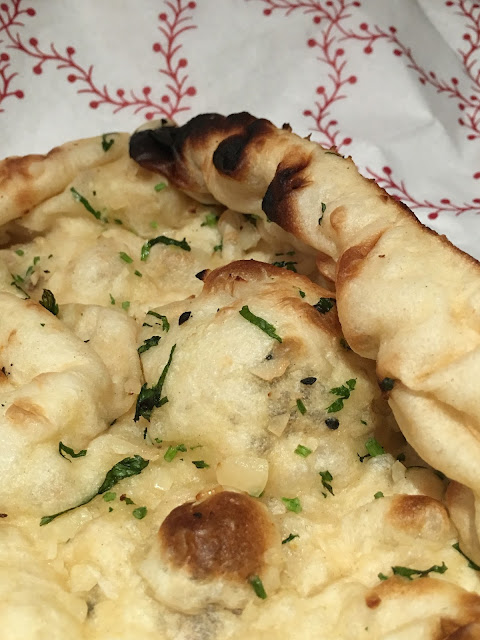 I am more adventurous with my own homemade asian-style food and very soon I will post recipes for tandoori sweet potatoes (a great budget vegetarian alternative to chicken or lamb), muntjac curry and sag paneer with home made paneer.

I might even give you the recipe for my homemade mint sauce - I was given the recipe by a guy on the checkout at our local supermarket who insisted I returned the ready-made stuff I was buying and told me what ingredients to buy and how his mum made the sauce. It tastes just like the stuff at the restaurant.

In the meantime I'm of to forage in my kitchen - I think I spotted some leftover poppadums and I do love them when they have gone a bit bendy..... 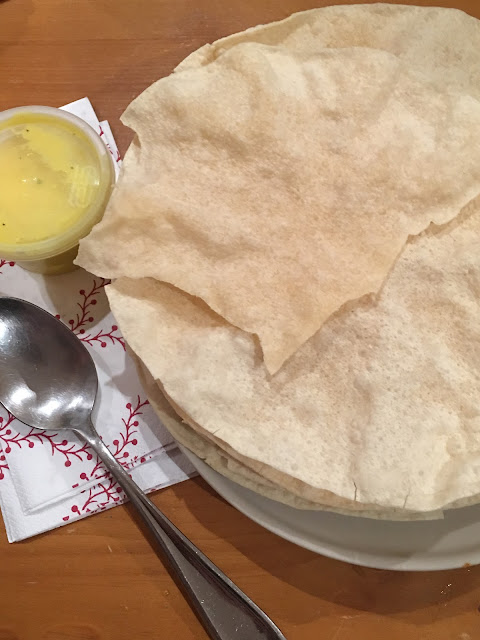