Winter at the seaside #countrykids #magicmoments

on January 09, 2016
We spent the last day of the Christmas holidays on the south coast enjoying an unexpected seaside day which turned out to be almost as fun as a summer day on the beach. 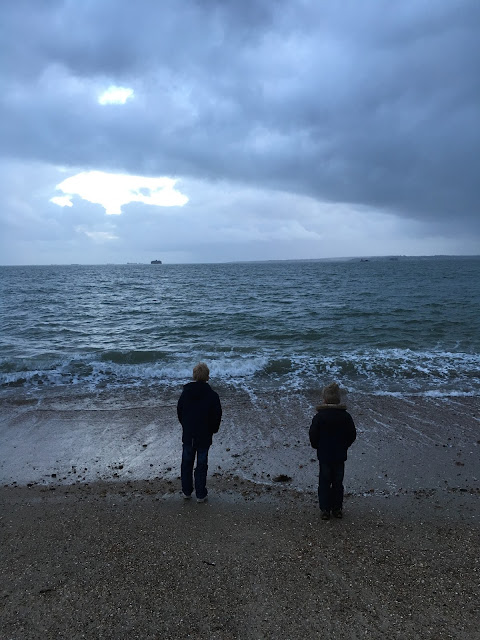 It all started when my university student son realised we had got crossed wires about his return date leaving me with no childcare for the youngest three who had one more day of holiday before it was back to school for the Spring term.

Now student son is at Southampton which is obviously a coastal city. However, if you've ever been there you will realise it is almost impossible to get anywhere near the sea - although you might get a glimpse of the docked ginormous cruise ships from the Ikea cafe if you're lucky!

Luckily my eldest lives just down the road in Portsmouth so we headed there for a quick cuppa with him before he had to go to work followed by some blustery beach fun and a traditional British fish 'n chips feast.

You might have seen in the news that the sea defences in the Southsea area of Portsmouth took quite a battering in the recent storms and after parking near Portsmouth Castle we walked along the beach to watch the diggers and giant trucks mending the defences.

There were lots and lots of starfish washed up on the beach which we had mixed feelings about. On one hand it was amazing to be able to take a really close look at these fascinating creatures but on the other hand we weren't sure whether they would survive on the beach until the tide came in again. 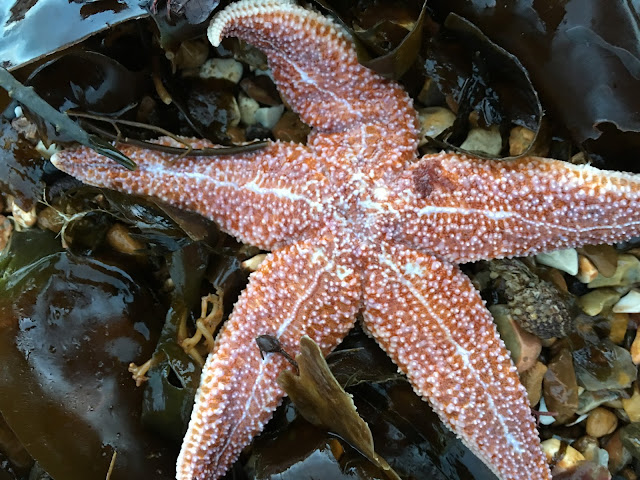 We tried to move one but were worried we might damage it more handling it so left "him"alone and hoped the seagulls wouldn't spot him.

The children loved running away from the waves, collecting shells and shouting into the wind. Their voices were literally carried away it was so blustery. I did that mum thing of begging them not to get their shoes wet in the waves. I was certain that it was only a matter of time before somebody fell down and got soaked through. Luckily on this occasion I was wrong. 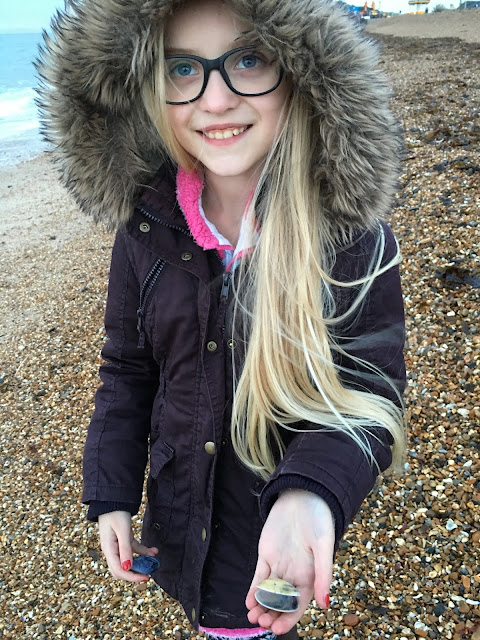 When I got too cold standing watching them we walked along the sea front, exploring the public gardens and admiring the tanks outside the museum before returning to Rocksby's restaurant where we got a lovely table with a fantastic sea view - another bonus of winter seaside visits.

It was a lovely day so we stayed until the sun started to set. We felt we had well and truly blown away the cobwebs. 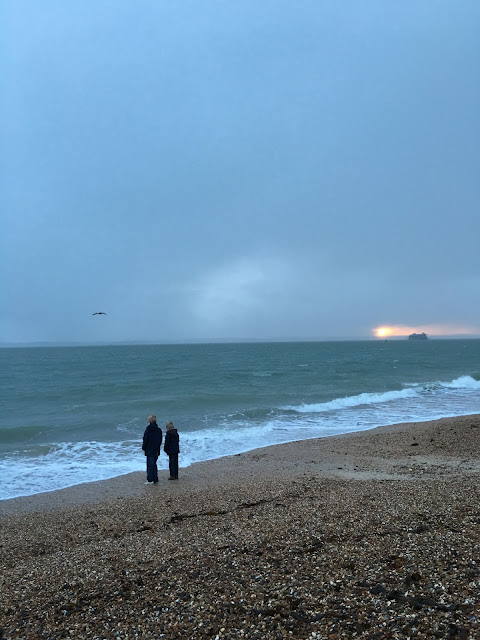 I can't claim to have walked off any Christmas calories sadly as, as you can see, my portion of fish, chips, mushy peas and tartare sauce was not exactly small. I'll definitely go back to this beach (and restaurant) in the summer but think on a warm day they both might be slightly more crowded! 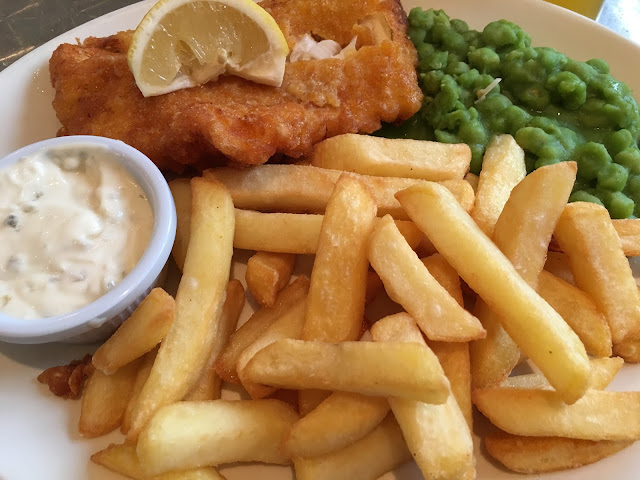 Disclaimer: I received no incentive to mention Rocksby's - I just really enjoyed my meal.