on February 15, 2016
My book club is a bit of a misnomer really. It should be called the book and supper club because it seems the food is an important part of the evening which brings together busy friends who would otherwise rarely meet.

It started five years ago during a get-together which had taken ages to arrange. Most of the members work long and sometimes irregular hours. We decided an organised event with a point to it would make us more likely to make regular plans to meet. We thought a book club would make us (all keen readers) make time to read more - and so the book club was born.

As we are all so busy we agreed that we would take it in turns to host, and as most members would often be coming straight from work we decided to offer a simple supper we could share while we chatted.

Sometimes the meal is themed to the book we have read but since our last choice was "The Lady in the Van" I decided to just prepare something easy and tasty not based on the book. 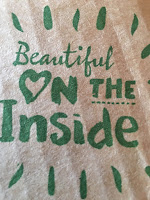 I had been sent one of Asda's new "beautiful on the inside" Wonky Veg and Salad boxes to use in a Wonky Veg Blogger Challenge which was stuffed with gorgeous root vegetables so it seemed obvious to make a lovely vegetable stew which had the added benefit of being slow cookable!

Have you heard about these boxes? Currently being trialled in 128 stores (check the list here)  the boxes contain a selection of veg and salad items which might be smaller or larger than usual, crooked, knobbly or a bit cracked or dented but of course, still beautiful on the inside. (what a great slogan!)


Of course a few boxes at a few stores won't solve food waste issues overnight but it will get more farmer's stock onto shelves and help people get used to the truth that less than perfect looking produce tastes just as good as sized and shiny produce.

Anyway, back to my recipe. I was a bit concerned a stew of just veg would be like a lumpy soup so decided to add pearl barley and dumplings transforming the dish into a really hearty meal. 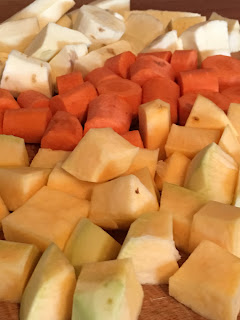 I used 1 onion, finely diced plus 2 leeks, 1 large parsnip and 4 small carrots from my wonky box and added half a swede (because it was languishing in my fridge) all peeled and chopped into chunks.

salt and pepper to taste

Dumplings - I cheated and used ready made frozen (vegetarian-friendly) dumplings

Method
Add oil to slow cooker and heat on HIGH while chopping onion and leeks. Add onion and leeks then 10-15 minutes later add swede, parsnips and carrots, pearl barley, wine, stock and bouquet garni. (or you could just add your favourite herbs)

Stir until barley is distributed throughout vegetables.

Cook on HIGH for 1 hour then turn down to LOW for 3-4 hours. Alternatively if you want to put this on before leaving for work or a day out cook on Medium or Low for around 7-8 hours. If possible stir once or twice during cooking process. 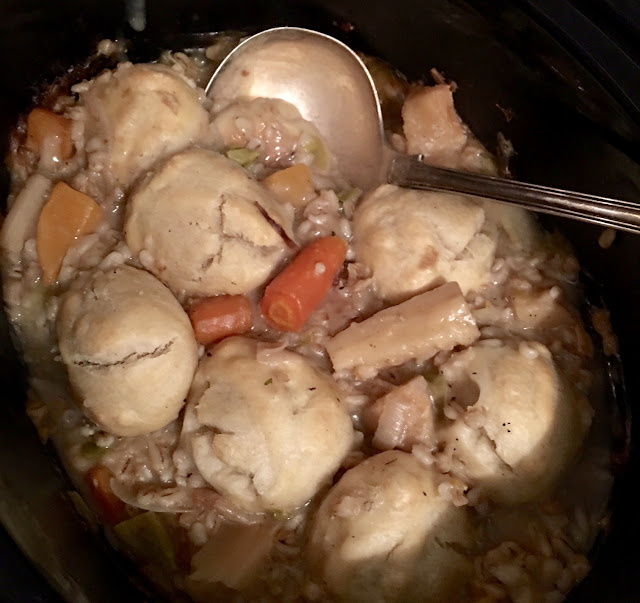 The stew proved a real hit with my book club friends who were especially pleased to hear the origin of most of the ingredients. 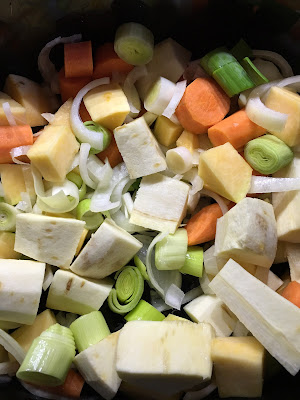 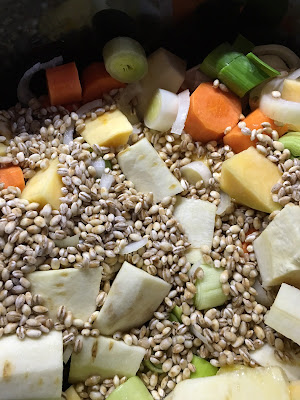 My vegetarian friend was slightly freaked out when I showed her my efforts at carving a happy wonky carrot who was pleased to have been made into a meal rather than being discarded as imperfect, but it didn't stop her helping herself to chunks of his stewed body! 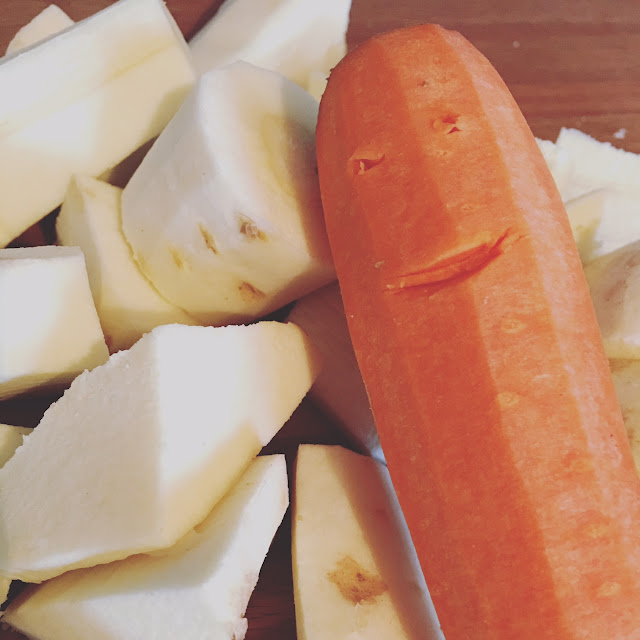 As a thrifty mum I would be very keen to buy the wonky box again. With the rest of the box I made gorgeous rosemary and garlic roasted potatoes and buttered savoy cabbage which accompanied my Asda £10 for two Extra Special Valentine's Day meal and brightly coloured batons of peppers, cucumber and carrots which disappeared in a flash when I put them out as a snack.

I'm going to suggest my son buys these boxes with his housemates at uni -I reckon with planning and a bit of imagination it could make a weeks worth of meals for less than £1 per head if they split the cost of the box. They could make stir fry, soup, stew, roasted veg, curry....

Let's hope Asda roll out the scheme to more stores sharing the ugly veg love further and maybe add a fruit box too? 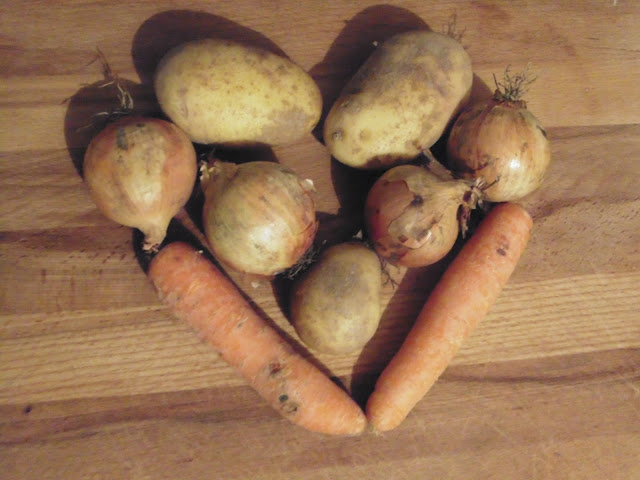 Disclaimer: This post is my entry into the Wonky Veg Blogger Challenge. I received a wonky Veg and salad box and a voucher from Asda for the purposes of this review. Views and opinions remain honest and my own.