on May 12, 2016
My friend's son Callum is one of my biggest fans - for one reason only. He's an incredibly active outdoorsy kid but loves watching movies and my blogging keeps him supplied with a steady stream of new films.

He's becoming quite an expert reviewer, happy to discuss the film in depth rather than uttering "it was good" before walking away which is the reaction of occasionally get from my lot.

So whenever a new film arrives for review I invite him and his sister round to join my tribe for a movie and snacks session.

This has the bonus benefit of having an excuse to invite his parents too for a babysitter-free grown ups night which may or may not (will) involve lots of food and falling over juice.

The latest offering for Callum was "Capture the Flag", an animated fun filled space adventure featuring a three generations and a chameleon (yes, really) working together to protect the legacy of the original moon landing.

The blurb explains that space travel runs in Mike Goldwing's family; both his father and grandfather were astronauts although sadly 12-year-old Mike's grandad missed out on being a member of the Apollo 11 crew.

Mike discovers that an eccentric billionaire plans to fly to the moon for nefarious reasons, and is intent on destroying the American flag planted by the Apollo 11 astronauts.


Can Mike, his family, friends and a clever chameleon thwart the plan, capture the flag and reunite a family divided? Only watching the movie will provide answers! (although you can watch a sneak peek here!)

And the big question - what did the children think of it?

Well enthusiasm was high on this one -I'd go as far as to say it received rave reviews from the assorted mix of boys and girls, 7 in total, with an age range of 7-16.

The chameleon was a popular character adding lots of comedy to the plot. The quality of animation was described as "very good" which is impressive given the high expectations of today's youngsters.

Most importantly what did Callum (currently in Year 4 at school) think of it?

He said: "It was good. Some parts were quite sad. Other parts were a little bit scary and a few parts were a bit funny. I really liked the inventions. The chameleon was strange. I'd give it 8 out of ten." 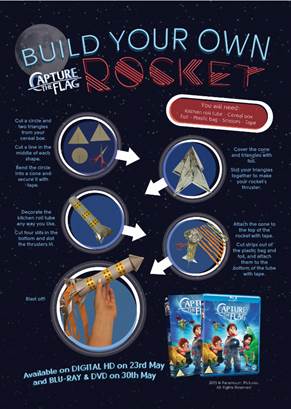 Here are some fun activity sheets for you to print off for your children - a colouring sheet and instructions on how to make your own rocket. 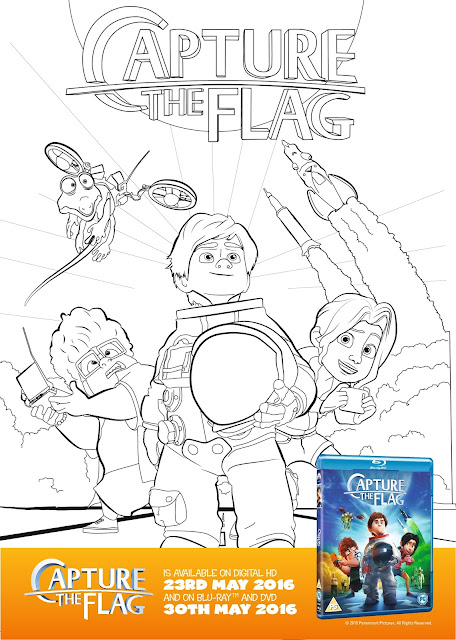 Disclaimer: I received a preview copy of the movie for the purpose of this honest  review.