on May 27, 2016
We first met Ratchet and his robot sidekick Clank many years ago when my now grown-up boys were small and we had a PlayStation 2 console. We were huge fans back then and were delighted to hear the game was coming back, new and improved for PS4 consoles.

Closely following the plot of the recently released animated movie, (check out my review of that HERE) fans new and old can relive the laugh-a-minute tale of how furry Lombax mechanic Ratchet became pals with the rebellious sentry robot Clank. 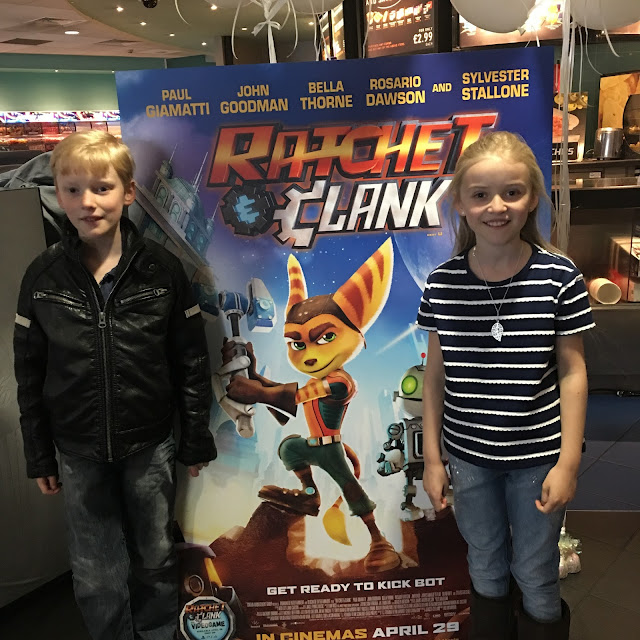 The game is described as "reimagined" but don't expect a straight copy of the original game simply with updated graphics.
My 20-year-old son says the storyline is similar and a lot of the worlds are similar. He said it was nice to see some of his favourite characters from the original series still featuring in the new game.
Ratchet carries a wrench but you can pick up guns on the way and upgrade them. There are apparently even more guns and gadgets added to the series’ already inventive arsenal but my son chose to try and play using just the wrench which was a bit of a challenge but lots of fun! 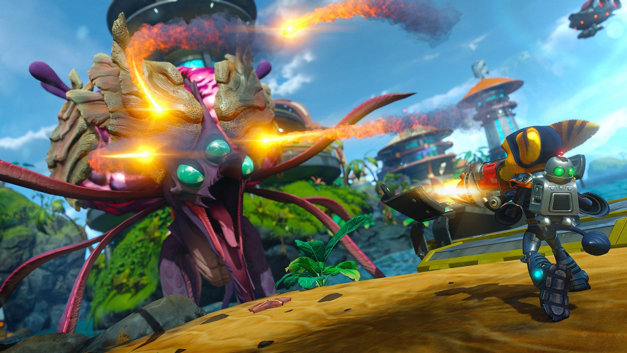 So does he agree with the official blurb which described Ratchet And Clank as "adrenaline charged adventure packed full of new gameplay, bosses and levels not seen in the PlayStation original."

On the whole, yes. He said it's a good game and from one as cynical as him with high standards when it comes to gaming, trust me, this is a top recommendation.

He's not sure about the adrenaline packed bit but to be fair his younger siblings (aged 7, 10, 11, 15 and 16)  would disagree with him. They absolutely love the game and I really like that its a wonderful one to watch along with - my children all cheer the player on and share tips. So although it's a one player game  it can still be fun for a group to enjoy.

The game includes footage from the movie itself and glorious in-game visuals that take advantage of the PS4 system’s world-shaking power. Yes - it uses the vibration feature which makes gameplay more exciting! Fancy a peek? You can check out the official trailer below.

As my big family have proved the game has universal appeal across all age ranges. It has a 7 PEGI rating- suitable for players age 7 and up and is available to download or in disc form from all the usual retailers, online and in the High Street.

Disclaimer: I was sent a copy of Ratchet and Clank game for PS4 for the purpose of this honest review.