on June 05, 2016
My teenaged daughter is just waiting for the day her letter from Hogwarts arrives. To call her a Harry Potter fan is understating her love of the books and movies which have captured the hearts of a global audience. 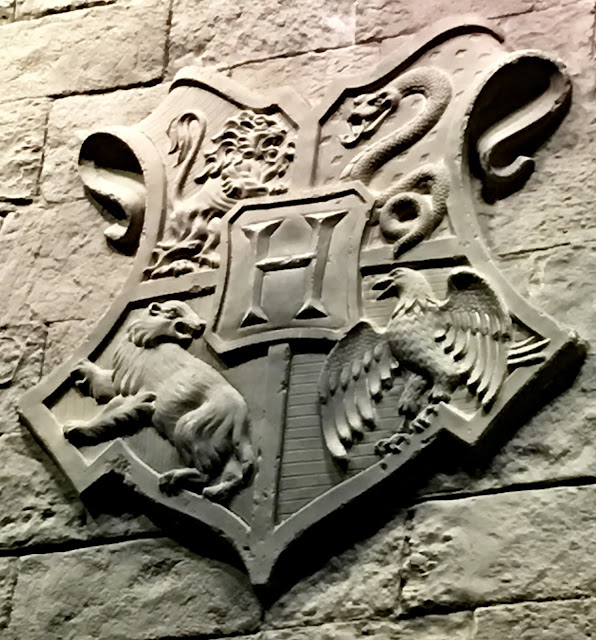 The fabulous Warner Bros Studio Tour London is not, strictly speaking, actually in London but just a 20 minute drive from our home in Hertfordshire (a short train ride and even shorter bus ride out of the UK's capital city).

My daughter has been on the tour a couple of times and loves that there is always something new and exciting to see - did you know pretty much every prop, model and costume there is actually the original from the movies?

We visited most recently in half term when the new and improved Privet Drive area was revealed -for a limited time you could actually go into the Dursley's house where Harry spent an unhappy childhood before it transpired he was a wizard and could board at Hogwarts.

For a limited time only, as part of the studio's celebrations of the 15th anniversary of Harry Potter and the Philosopher's Stone film release, visitors could step inside number four, Privet Drive and peer into the Dursleys’ living room. 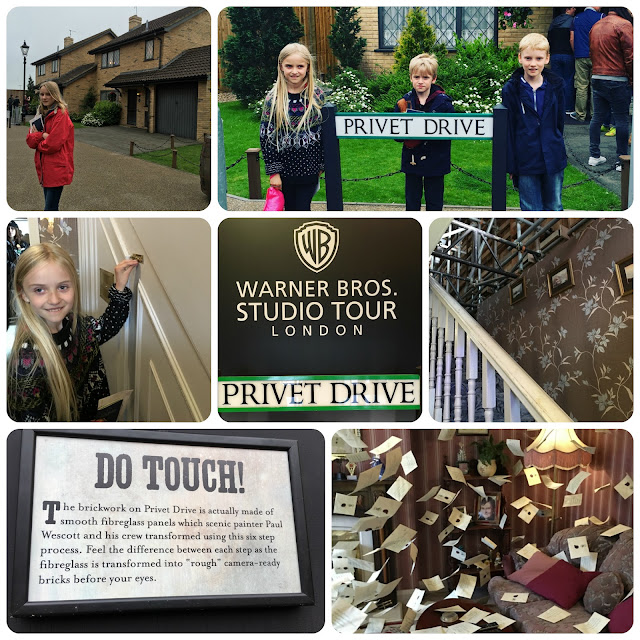 Hundreds of Harry’s Hogwarts letters created by MinaLima, the graphic designers for all eight Harry Potter films, were suspended in the air as though they’d flown through the fireplace!
Also on display for the first time was the Dursleys’ costumes made by Costume Designer Judianna Makovsky. She remembers them being the most fun to dress, creating clothes that appeared out of date and pretentious for Mr and Mrs Dursley, as well as hideous jumpers for young Dudley.
In addition to  number four, Privet Drive, we saw the equipment that was used to shoot Harry’s Hogwarts letters through the letterbox. The machine was specially created for the film by award winning Special Effects Supervisor John Richardson.

We walked through the famous house, marvelled at the cupboard under the stairs, peeked into the sitting room and got a fascinating glimpse into the world of film-making as the knowledgeable guide explained how the realistic house was created. The bricks look so real - but they aren't and a close up look and information notices show how they were made. 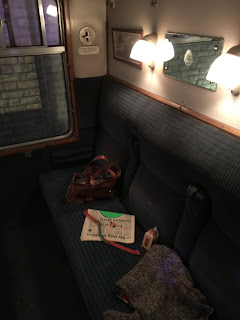 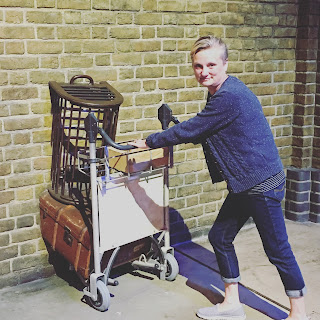 There is so much to see at the attraction. We particularly loved walking down the famous train carriages, posing for pictures as if we were at Platform 93/4  and having a go at catching a rising
broomstick as if by magic.

Although it helps to be a fan of Harry Potter the tour is also interesting for less ardent fans simply for the myriad of movie-making secrets revealed. The real wizardry comes from the Muggles creating models, creatures, special effects, sets, props and costumes it seems! 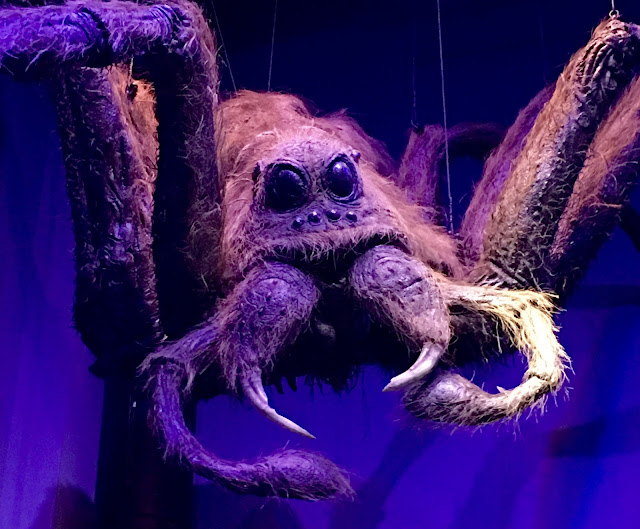 No end of effort has gone into those movies - I don't think I fully appreciated that until we visited the Warner Bros Studio Tour. One fact - there are posters and notices on the Gryffindor common room wall that you probably haven't even spotted watching the films.

The young actors actually made these at home - they were given pieces of paper and asked what they thought might be on the walls. Thus the notices had an air of authenticity from imaginative children.

A heart melting moment - when my 10 year old daughter first spotted the impressive towering model of Hogwarts which features so much in the movie thanks to the magic of special effects.

She gasped and was properly moved by the sight of the school which you can see in daytime or nighttime mode. Beautiful!

The Privet Drive part of the tour adds another facet to this jewel of an attraction. My children aged 7, 10, 11, 15 and 16 all enjoyed the tour as much as me which was nice - it can be hard to find days out which appeal to all ages.

Later this summer visitors will get an extra treat when they can discover how giant chess pieces were made to move by filmmakers during the first Harry Potter film, where Harry, Ron and Hermione embarked upon a quest to find and protect the Philosopher’s Stone.

You'll also find out how a three-headed dog (and its saliva) was brought to life and how the deadly Devil’s Snare was taken from page to screen!

OK so the tour is not cheap but you can expect to spend at least 2-3 hours there and could easily spend longer. You can buy food and drinks there but if you want to save money it's worth knowing you are allowed to take picnics to eat in a designated area outside.  Under 5's go free and there are family tickets and package deals available.

You can hire a digital guide (in a variety of languages)  or buy a souvenir paper guide. We didn't but I would imagine you would get even more from the experience if you like to know interesting and fun facts.

The gift shop is out of this world if you are a big fan - I had to drag my reluctant children through and resist buying anything myself. If Santa is listening I would love a set of kitten plates as seen in Professor Umbridge's office. Sadly the kittens don't move in the souvenir set.

The attraction is all weather - some areas are outside but mostly it's indoors. We really liked the passports we were given at the start of the tour. The children enjoyed creating embossed stamps in their passports using the machines dotted around the studios. There was also a golden snitch hunt but after the first few the children were too engrossed in the myriad of things to see to bother looking for the rest! 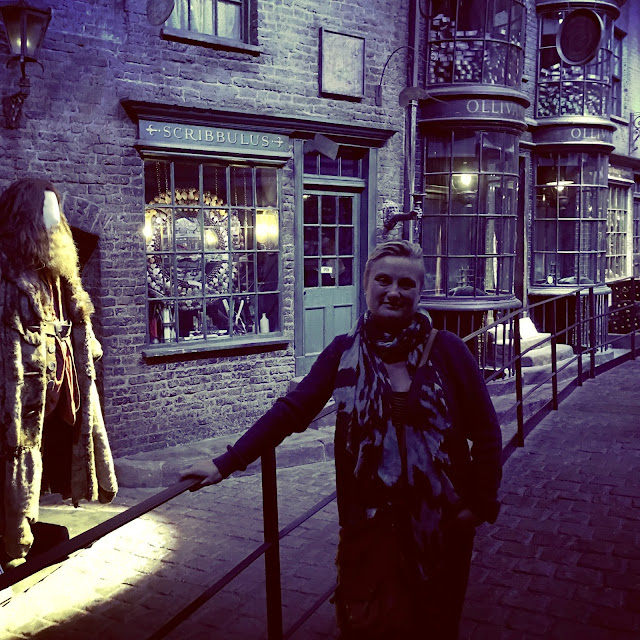 Top tip - make sure your phone or camera is charged and you have plenty of space for photographs! There are areas you can pay for special effect or professional pictures but there are also lots and lots off places you can take your own photographs to make it a truly memorable visit. 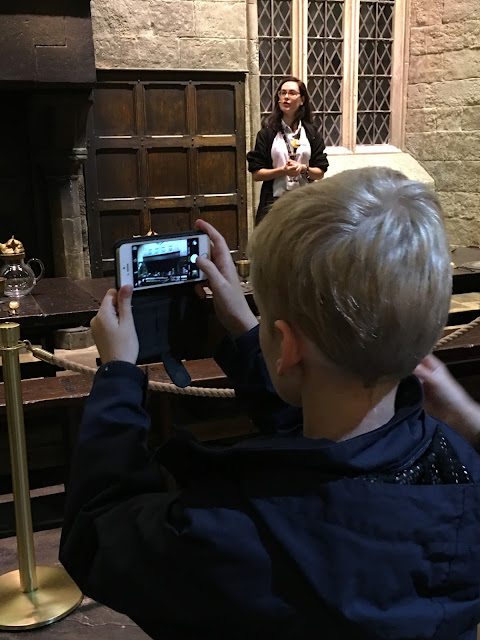 Disclaimer: We visited the Warner Bros Studio Tour free for the purposes of this review. Views and opinions remain honest and my own.