on June 21, 2016
My children love gaming but we have never played any of the Skylanders games. I must admit I thought it was maybe a bit of a gimmick forcing parents to part with extra cash for the solid characters but after just a week reviewing the new Superchargers not only are the children hooked but I am too! 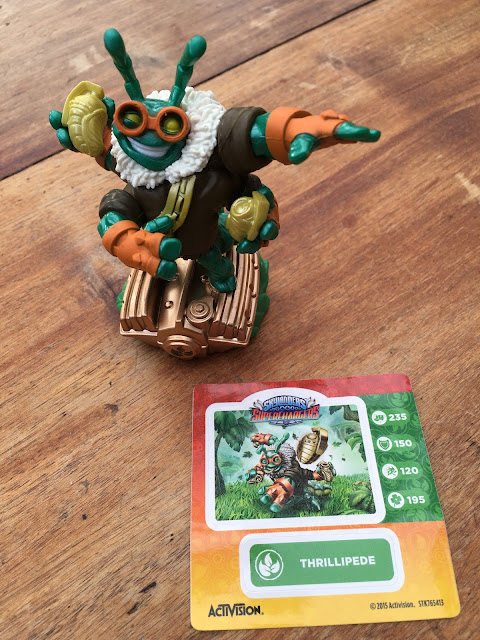 I had spotted Skylanders whilst queuing to pay for other games but didn't really understand how they worked or how they would add anything to gameplay.

I was eager to learn more at a Skylander's event we had been invited to but my youngest developed what I can only describe as an "arm of grimness" after a couple of spots on his arm got badly infected. We had to draw a line around the red area spreading up his arm and keep everything crossed for the antibiotics to work quickly. Our trip to London had to be cancelled.

We were all so disappointed but just a few days later a parcel arrived in the post containing a Skylander's starter set and some extra Skylanders figures for our PlayStation 4. I was really touched by such kindness from PR people who could have just been irritated by my late cancellation and crossed me off their list forever. 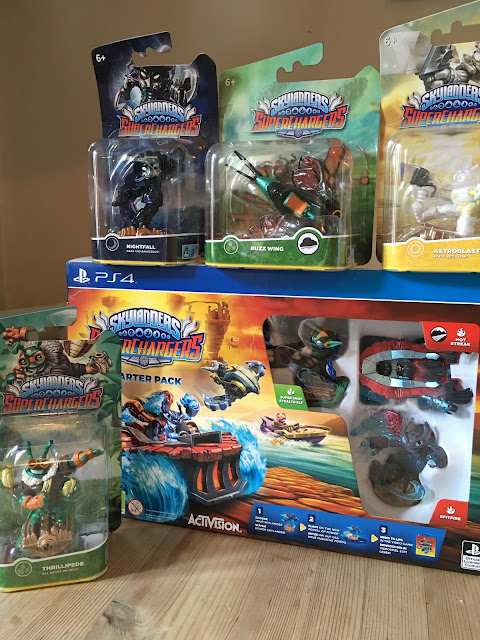 I still thought the toys you place on the beautifully named "Portal of Power" might be a bit gimmicky but  as soon as I saw them I fell in love with the vehicles and Skylanders (the characters come from Skylands) which you can team up to supercharge your game.

The children quickly set up the game and I was delighted to realise it's one the whole family can play from it's PEGI rating - suitable for age 7 upwards.

There are more than 40 Skylanders and vehicles to collect with the vehicles being divided into land, sea and sky types. 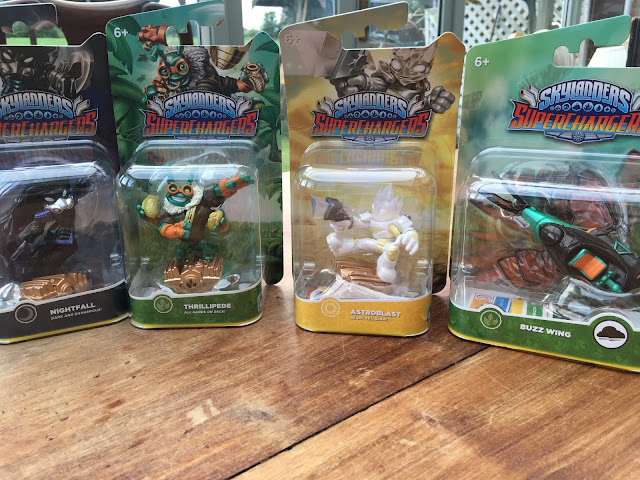 So what's the point of the game?

Well Skylands is apparently in peril. Kaos has unleashed his most evil weapon yet - the Doomstation of Ultimate Doomstruction. Yep. I know. Awesome name for a weapon!

A special team called the Superchargers has been assembled to pilot an unstoppable fleet of incredible vehicles to stop Kaos and save Skylands. 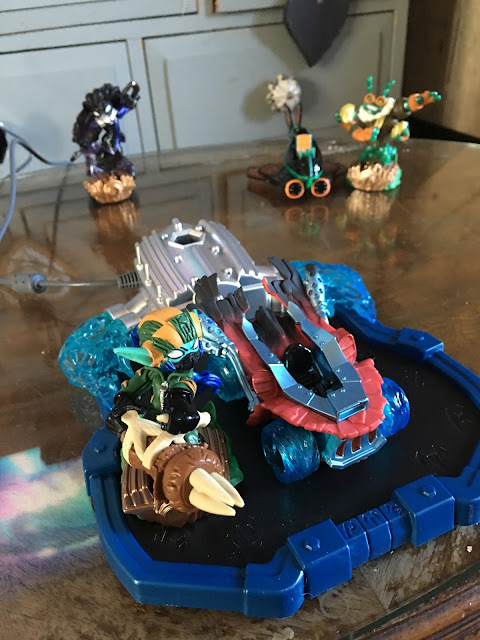 My youngest son (aged 7) likes to play with the characters and vehicles without the game being on. I do urge him to be gentle with them as I guess they aren't designed to be driven along the carpet.

The game can be played as a one or two player game and you can network play with up to four players if you have a Playstation Plus subscription.

The bonus of having the physical characters to buy is that they are perfect for gifts, especially for people like Grandparents who want something more interesting than a game case to wrap up for Christmas and birthdays.

They are also very portable so they can take their favourite figures along to friends to play with. Characters can be locked to one player with the "ownership" button or left open for anyone in the household to play with.

My children have already made a wish-list of characters for all birthdays and Christmas's for the foreseeable future. Luckily they are not expensive- you can pick up single characters for around £5 so children can quickly save up pocket money to add to their collection.

And for those of you like me who worry about what their children are playing, the game is exciting and the Skylanders do have weapons but it's not gory or scary.

The Superchargers starter set includes everything you need to start playing including the portal of power, three Skylanders figures, the game and a collection poster which shows which characters and vehicles to team up.

Skylanders Superchargers starter sets are available for Playstation 3 and 4, Xbox 360 and Xbox One, Wii and Wii U. There's even a Nintendo 3DS version. Shop around to find the best price- I had a quick look and found prices could vary by up to as much as £10 so worth the effort to search.

All in all I think it's one of the nicest games we have in our collection, mainly because it seems to suit all ages and my boys and girls like it equally making it a lovely game for siblings to play together.


Disclaimer: I was sent a Skylanders Superchargers starter pack free for the purpose of this review. Views and opinions remain honest and my own.