on July 11, 2016
I love making pulled pork in my slow cooker. There's something satisfying about bunging in raw ingredients and walking away knowing that in a few hours you will have steaming yummy pile of pulled pork. 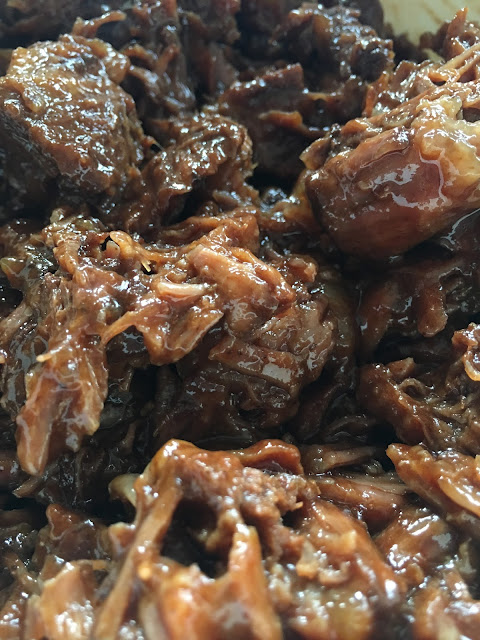 Digging in the depths of my freezer this weekend I came across a lump of beef - shin of beef to be precise - which I had forgotten about. I wondered what I could do with it other than stew it-then decided to have a go at cooking then "pulling" it.

Shin of beef is a relatively cheap cut which has tough muscle incorporated which needs slow cooking to "melt" into a beautifully tasty and tender meat. Using the slow cooker is a very easy way of doing this. 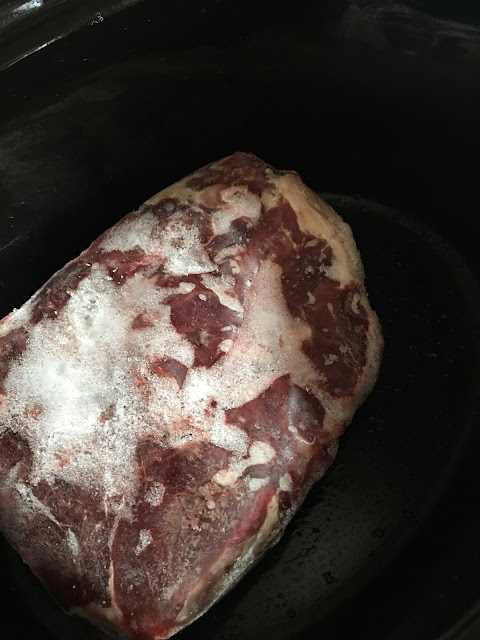 Lazy cook as I am I actually bunged the frozen lump straight into my trusty slow cooker, added 1tbsp diced white onions, 1 tbsp English mustard (I would have preferred wholegrain but that was all I had in the 'fridge) 2tbsp honey, 1tbsp sugar (yup, both!) a dash of soy in lieu of Worcester Sauce (I really must go grocery shopping) and a lot of "lazy" minced garlic! 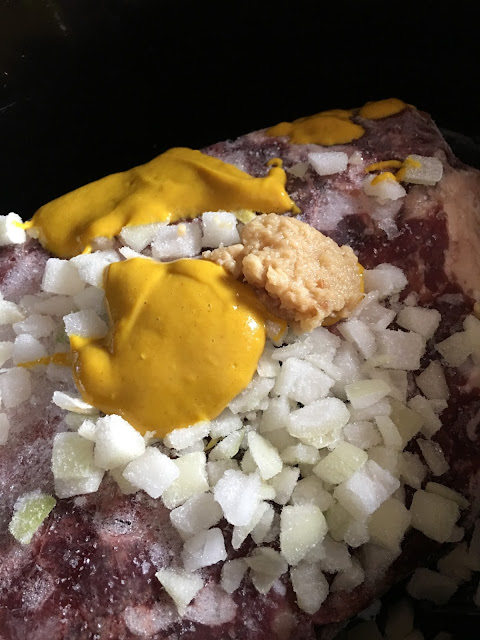 I added 500ml beef stock and turned the beef a couple of times until it was well coated.

I set the slow cooker to low and cooked for 6 hours, turning the beef twice during cooking.

At the end of cooking I removed the beef to a large dish, added 4 tbsp of the liquid from the slow cooker then pulled the beef into shreds using two forks. 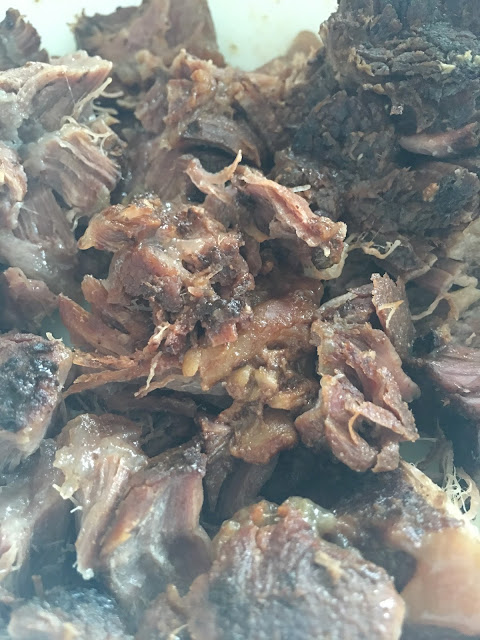 I then added 4 tbsp of ready made barbecue sauce- you could make your own using the liquid in the slow cooker as a base but I was in a hurry to eat the delicious smelling meat by that point!

We served the pulled beef on top of barbecued steak burgers in Brioche buns making a gorgeously sweet and succulent meat-lovers treat!