on August 17, 2016
I don't often go to the cinema to watch anything except children's movies nowadays but thankfully filmmakers must realise this is the case for other parents too and often make their offerings appeal on a number of levels.

This was certainly the case with  Blinky Bill: The Movie (coming to cinemas nationwide on 19tH August) which had me chuckling from the off at a recent sneak peak preview at a very swanky screening room in London, Soho. (check out my daughter reclining in luxury!) 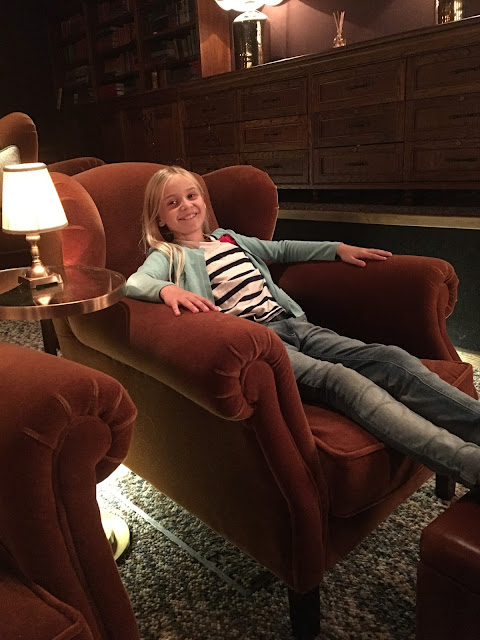 I have to say I wasn't particularly looking forward to the movie. I actually worried it might be too young for the two of my children I took along who are aged 10 and 7 (almost 8.)

I needn't have worried. It was a proper romp with lots of laughs aimed at all ages. (in fact one joke was a bit near the knuckle but my children seemed oblivious!)

As you come to expect nowadays, the animation was extremely well done and all three of us really enjoyed the whole thing.

So who provides the voices? The cast of Blinky Bill: The Movie is led by Ryan Kwanten (True Blood) as the voice of Blinky Bill, Rufus Sewell (A Knights Tale, The Holiday) as the treacherous feral cat Sir Claude and Robin McLeavy (Hell On Wheels) as Blinky’s best friend Nutsy.

Starring alongside them is Toni Collette (Little Miss Sunshine, About a Boy) as two charming yet gossipy emus called Sheryl and Beryl,Deborah Mailman (The Sapphires) as Blinky’s kind and courageous Mum and Barry Humphries (Dame Edna Everage) as the wildly eccentric Wombo the wombat. 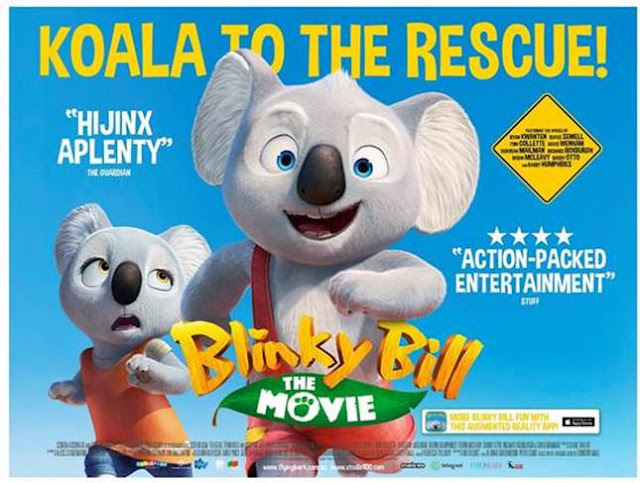 Rounding off this esteemed ensemble are David Wenham (The Lord of the Rings: Return of the King) as the manic but loveable frill-necked lizard Jacko, Barry Otto (The Great Gatsby) as the tyrannical Mayor Cranklepot and Richard Roxburgh (Moulin Rouge) as Blinky’s adventure-loving father.

The story is simple. Touching and exciting at times but I don't think even the most nervous child would be worried.

Basically, if you have not heard of Blinky Bill, he is a koala with a big imagination. The movie character is based on the classic Australian book series by Dorothy Wall.

In this movie as he is an adventurer at heart, he dreams of leaving the little town of Greenpatch and following in his explorer father’s footsteps. Mr Bill went missing in the Outback some time ago and Blinky is the only one who believes his father is still alive.

When Blinky discovers a mysterious marker that hints at his Dad’s whereabouts, he embarks on a journey that takes him into the dangerous Outback. He quickly makes friends with Nutsy, a zoo koala, and Jacko, a nervous frill-necked lizard. Pursued relentlessly by a vengeful Cat who has a personal score to settle with Blinky, the trio must learn to work together if they ever want to survive the rugged Australian landscape and find Blinky’s father!

Blinky Bill: The Movie runs for 84 minutes, is directed by Deane Taylor (Art Director of Tim Burton’s The Nightmare Before Christmas) and is from an original screenplay by Fin Edquist (Maya the Bee). 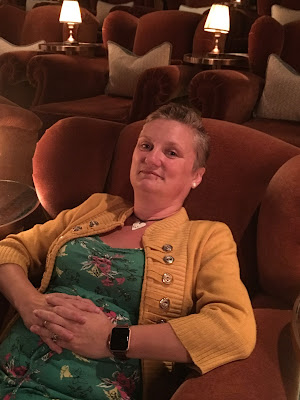 Disclaimer: I attended a free screening of Blinky Bill: The Movie for the purposes of this review. Views and opinions remain honest and my own.