on September 12, 2016
Everyone thinks of red cabbage as a winter side dish but actually it would even work well with barbecued meat. This simple recipe makes enough for a generous portion and another good portion to freeze - it's ideal for Christmas. 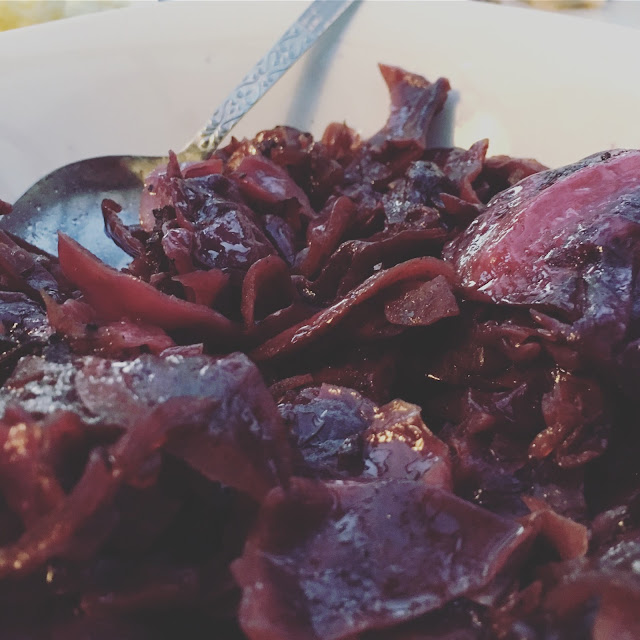 I was lured by the displays of red cabbage, sprouts and parsnips which already seem to be elbowing the salads out of the way in the vegetable aisles. 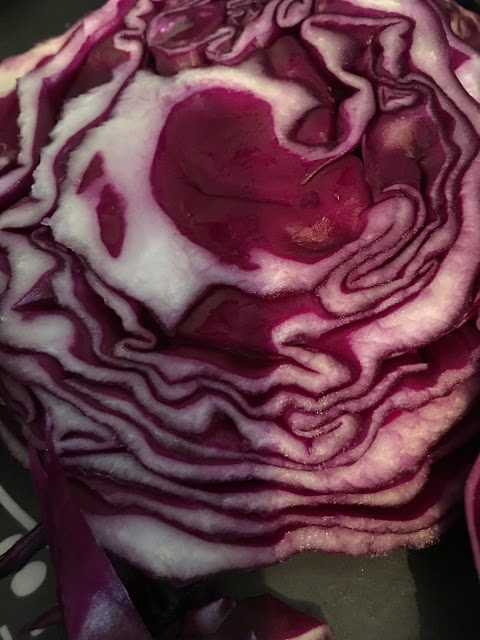 Of course this is Britain so less than 4 hours after buying the makings of a roast dinner to go withy my cabbage, the sun was blazing and the temperature was back into 20's again. But I'd made my mind up so we were going to eat it even if we had to boil alive while doing so.

Actually when it came to it the sun was on the horizon and we had commented that the further it fell, the colder it felt. By 7.45pm we were very happy to be eating roast venison with green beans from my mate's garden, roast potatoes and parsnips, broccoli, carrots and of course my red cabbage.

I make it a lot. I paid just 80 pence for a whole cabbage and actually used a couple of rashers of cooked bacon left over from breakfast along with an apple from the fruit bowl,  some thinly sliced red onion, a sprinkle of fennel seeds and a good slug of balsamic vinegar to make a sweet and sour cabbage dish which partnered the venison gorgeously. 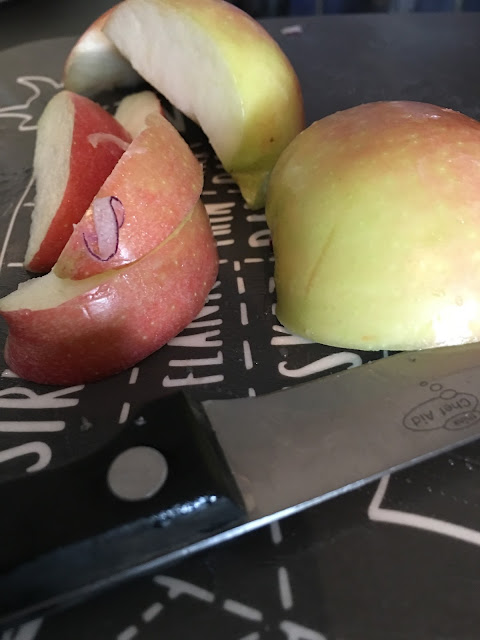 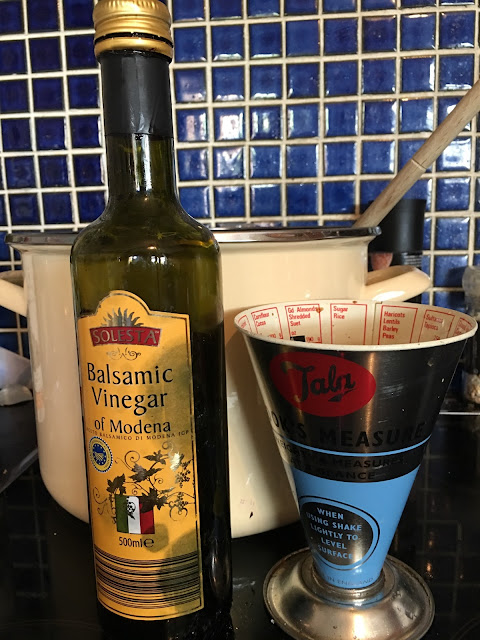 Heat oil in a saucepan then add onion and bacon. Fry until onion is soft and bacon cooked through. Meanwhile core and dice your apple finely (leaving peel on) and roughly chop cabbage discarding core and stalk. Cabbage can be fine or chunky depending on personal preference. Chunky cabbage will take slightly longer to cook.

Add fennel seeds, chopped cabbage and diced apple. Stir well until ingredients well mixed then add balsamic vinegar and sugar. Stir well again then add lid and simmer for at least one hour, longer if you prefer your cabbage softer.

You can make this in a slow cooker/crockpot too.  Fry onion and bacon in a pan then add these and the rest of the ingredients to a slow cooker and cook on low for around 4 hours. 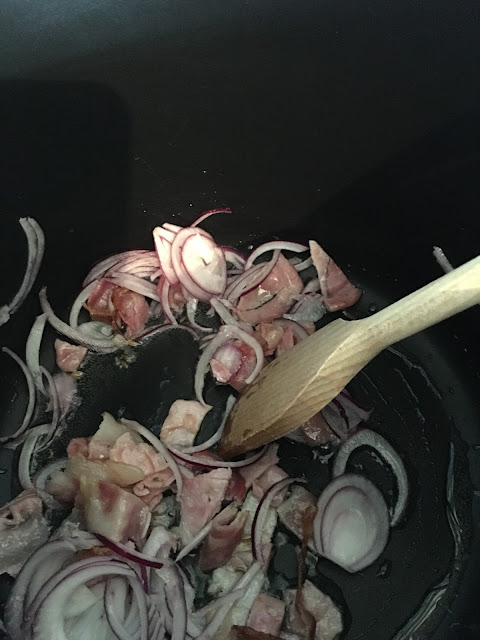 If you plan to freeze any, allow it to cool completely then turn into old plastic takeaway tubs with tight sealing lids and freeze. Microwave well to reheat.

If you are cooking for a vegetarian, obviously omit the bacon!