on October 03, 2016
I am a member of a book club. I've mentioned it before. It's as much a supper club as a book club and we derive as much pleasure from the food as we do from whatever we may (or may not) have read.

We don't try to read anything too taxing generally. Most of the group have demanding jobs - teachers, an accountant, not one but two university lecturers, a GP. Oh and me. Writer, mum of 7, Communications Administrator,  and serial volunteer and committee member. 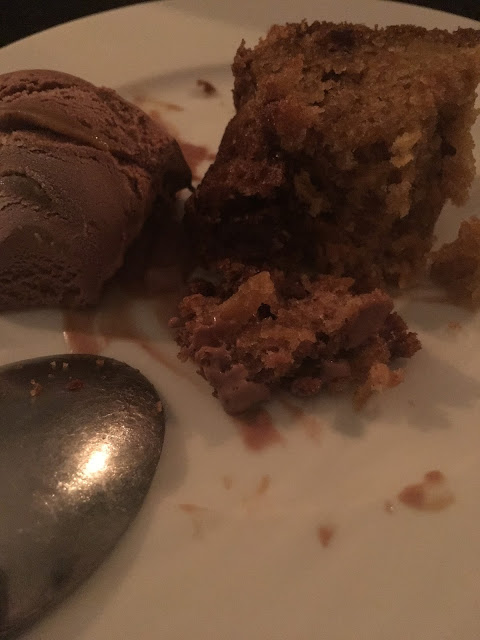 It was not my turn to host and I was looking forward to a cosy evening of chat and good food with my lovely friends.

We had read the new Harry Potter and The Cursed Child book which, if you haven't got round to it yet, is a very easy read in script form. I bought the book just before going camping and my two daughters and I all took it in turns and two days later we had all finished it! We do read quite quickly though.

My friend who was hosting decided to theme her supper Hogwarts style so when we arrived we had the dubious treat of unusual canapés- jelly beans with some lovely and some gruesome flavours. I got toothpaste flavour a couple of times which ruined the taste of my wine! Still better than vomit flavour which sent my friend rushing to the bathroom.

The host had decided autumn warming foods were the way to go as she envisaged what might be served in Hogwarts great hall so we ate beef and celery casserole and a root veggie casserole with pearl barley and cheese dumplings all served with crunchy skinned jacket potatoes.

For desert she had made a pumpkin cake - very seasonal! Some of us looked doubtful at the prospect (well I did anyway) but let me tell you, it was delicious. I've tried using pumpkin in soups, stews and pies and roasting it but this cake is by far and away the best way of eating it in my opinion.

It would be perfect for a Halloween party and would be lovely with custard too. Or you could add a simple frosting made with icing sugar and water with some grated orange zest for decoration. 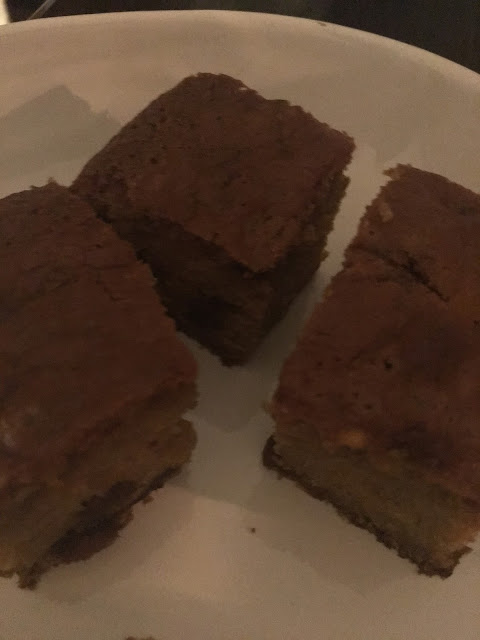 My friend confessed she had taken a recipe from the internet and adapted it slightly. The recipe she found  apparently did have frosting but she left that off and instead served her cake in bowls with ice-cream. You can use butternut squash instead of pumpkin if you prefer.
Here's the recipe: