New on Netflix-Skylanders Academy plus a fabulous competition to win a trip to California.

on October 27, 2016
There are a lot of Skylanders fans out there who are going to be VERY excited by the news that this week (Friday October 28) Netflix is revealing a totally new and exclusive series - Skylanders Academy! 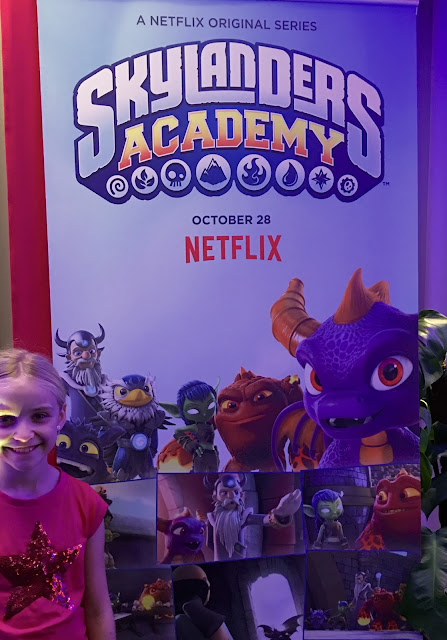 We caught a sneak peek of the first episodes of Skylanders Academy and if I am honest I agreed to go expecting to have to tolerate it so the children could have a nice experience. But right from the start I was caught up in the story and laughing along with the many jokes. I loved Glum Shanks -the awesome long-suffering servant to egotistical and slightly bonkers villain Kaos. I actually laughed out loud at some of his dry comments. 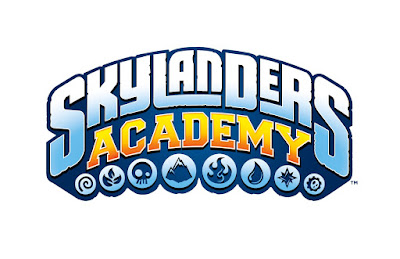 Like today's top budget movies, Skylanders Academy manages to work on many levels - humour for children and adults (while not being too adult of you know what I mean), a cracking story which keeps your gripped and a nice moral which if a tad predictable isn't too nauseating.

This is the first TV venture for Activision Blizzard Studios and I think if our sneak peak is anything to go by, they will have a hit on their hands.

My children are desperate to see the next instalment - the plan is for a run of 12 episodes starting this Friday on Netflix with a second season planned for 2017.

Obviously it is a gaming TV project but I don't think it's necessary to have ever played the game to enjoy the show. If you don't even know what Skylanders are, check out my recent review of the latest game, Skylanders Imaginations. 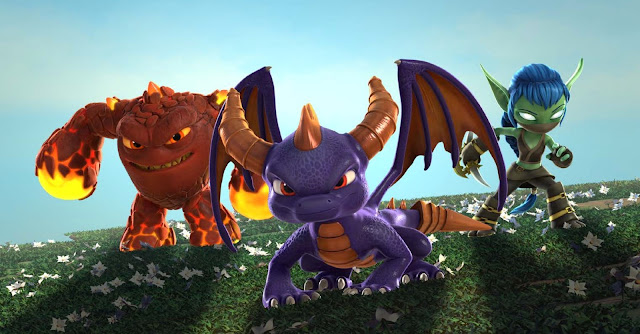 And if you are already fans, did you know about the new competition which could see your family whisked off for an amazing experience in California?


To celebrate the launch of Skylanders™ Imaginators, where Portal Masters can create their very own playable Skylanders characters, Activision has partnered with SuperAwesome’s leading kids’ safe social content platform PopJam, to launch the search for the UK’s most imaginative child.

Over the next couple of weeks, PopJam will host the exclusive competition offering one lucky winner and their family the trip of a lifetime to San Francisco, California, where they will visit the Toys For Bob studio, the developer of Skylanders™ Imaginators and the creator of the Toys-to-Life category.

To enter, fans will be encouraged to create the most inventive and innovative Skylander they can imagine via PopJam’s creative tools.

The most creative competition entries will be considered by Activision’s Imaginators Panel in its search for the UK’s Chief Imagination Officer, with one winning child set to claim the title and unbelievable prize.

The panel of creatives, featuring Stampy Cat, Sara Cox, and Toys for Bob Co-Founder and Studio Head, Paul Reiche, will together choose the winning creation.

The winning child and their family will be whisked away to San Francisco, where they will spend a day at the Toys For Bob studio in Novato to get an exclusive, behind-the-scenes look at the creation of the latest Skylanders game and have the opportunity to gain insight into character design, level inspiration and gameplay mechanics with the creative team.

Disclaimer: We attende a preview showing of Skylanders Academy for the purpose of writing this review. Views and opinions remain honest and my own.