on October 20, 2016
Anticipation was high as the Skylanders fans in our house counted the days down to the release of the new game, Skylanders Imaginators. I was really hoping they would not be disappointed with the reality.

Every morning Grumpy asked:" Is it here yet?" with the question being repeated throughout the weekend. Finally the much-longed for box arrived. 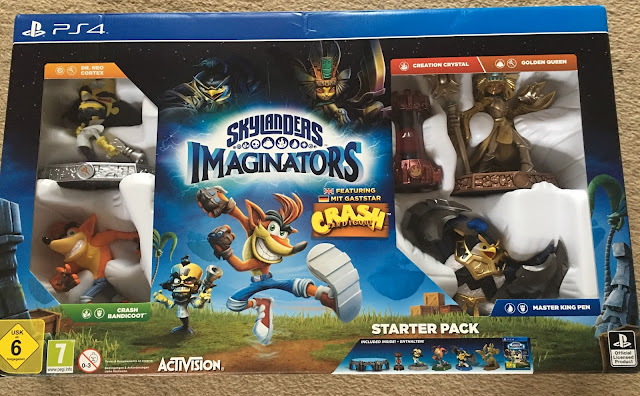 To the untrained eye, Skylanders characters look much the same. If you have no idea what Skylanders are or why you need physical characters to play a console game, you can check out my post about our first experience of the toys to life game with Skylanders Superchargers. 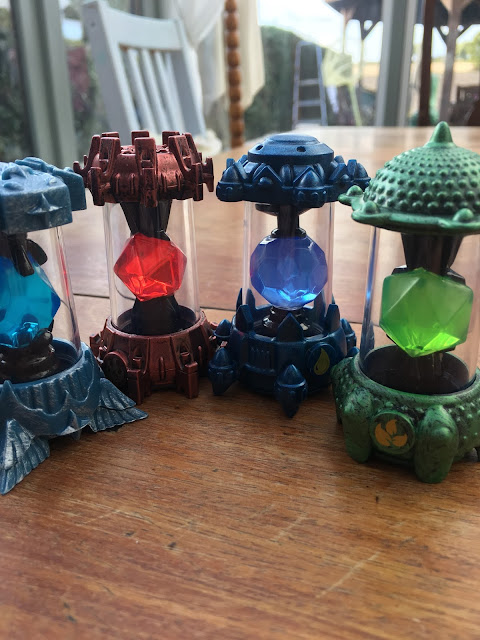 To the astute eyes of my young gaming fans however there was much excitement about the new pieces, especially the Imagine Creation Crystals which allow players to create their own Imagination Skylanders. This is the big new thing with this set and one which has proved very popular with my creative children. 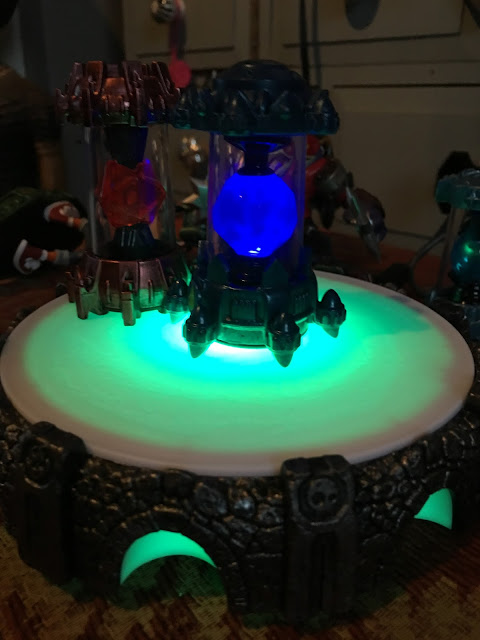 Here's the official storyline of the game.

Kaos (the baddie) has discovered the ancient power of mind magic and is using it to create an unstoppable army of Doomlanders.

Eon (the goodie) is calling upon all Portal Masters and Skyland's greatest mystic warriors, the Senseis, to stop Kaos and his minions. (not those minions! There are no blue and yellow lozenges in this game!)

Players are called on to "use the power of your imagination to create your own Skylander to battle in the ultimate adventure alongside the mighty Senseis to save Skylands."

All before bedtime obvs.

So, not only can you create a Skylander you can pick a personality (if only that was possible in real life!), select one of 10 battle class types, choose a weapon and gear and train with Senseis. 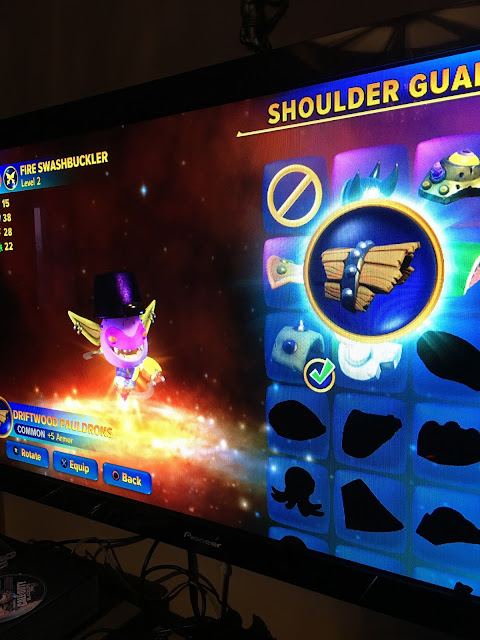 The starter pack is excellent with a colour-changing portal which I love, and as a treat for those who love the classics, there's a Crash Bandicoot figurine included to play with.


Grumpy could not wait to share the new game with his cousin who is a big Skylanders fan and has quite a collection of figurines from older games.

Actually one of the best things about Skylanders is that figurines from previous games work on the latest offering. So if you have Skylanders Spyro Adventure, Giants, Swap Force, Trap Team or Superchargers you can add to your army in Skylanders Imaginators. 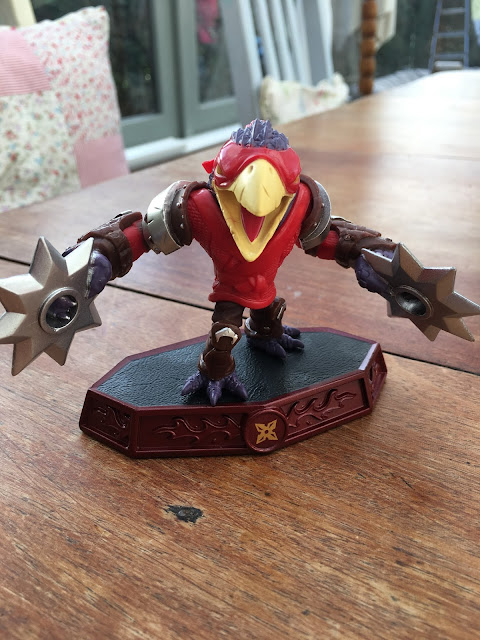 Having said that, new characters are always exciting and the other thing I love about Skylanders is that you can buy extra physical pieces for a relatively low amount of money. This makes Skylanders the perfect gift as friends and family can buy pieces to add to the starter set which costs around £50 (shop around as prices vary) including the game, portal and figures along with a poster and sticker sheet. Never underestimate the popularity of the poster and sticker sheet! My children were delighted to find them in the box. 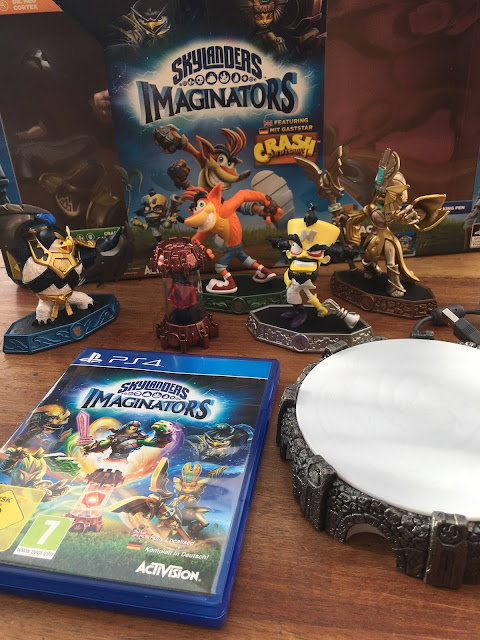 So what was the verdict from my mini-gamers? Well a resounding thumbs up. They loved Skylanders Superchargers but reckon Imaginators is even better. The ability to create characters is really a big hit.  You can have a quick peek at the game, pieces, portal and game-play here:

As well as the main game there are sidequests and mini games. The game is suitable for those aged over 7 and can be one or two player.

We tried the game on our PlayStation 4 so you can play with up to four people with network player if you have a PlayStation Plus subscription. Remote play with PS Vista is supported.

The game is also available for PlayStation 3, Wii U, Xbox 360 and Xbox One. 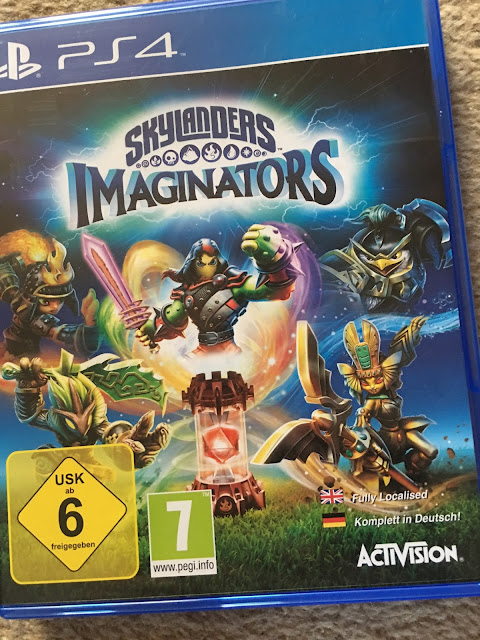 Disclaimer: I received Skylanders Imaginations starter pack plus extra figurines for the purpose of this review. Views and opinions remain honest and my own.