The first weeks after an #ASD diagnosis for my son. Playing the autism card & wearing badges?

on November 15, 2016
I'm not sure how I expected to feel after getting an #ASD diagnosis for my son. I think I thought I'd feel better in some way, knowing our concerns would be recognised. In actual fact it has rattled me somewhat. 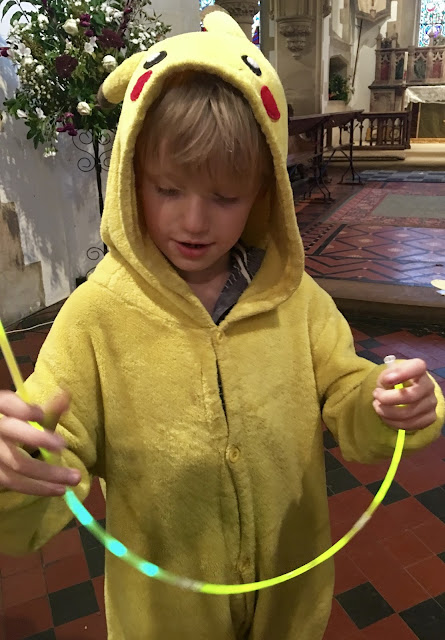 We spent so long and so much energy wondering about our child, researching possible explanations for his behaviour, applying for a referral and waiting for confirmation of our suspicions that when someone agreed with us and ticked the "official" box it felt almost an anticlimax. Then the enormity of it hit.

We are incredibly lucky in many ways that Grumpy is verbal, loving and coping incredibly well at school (so far). He doesn't need speech and language therapy or in fact much assistance at school. Luckily it's a very small school and the staff have been incredibly supportive.

We wanted his condition confirmed ready for if/when his need for support increases. We wanted to put a safety net in place. We feel very grateful that this was relatively (and unexpectedly) simple.

Immediately after his diagnosis many people got in touch to offer love and support. I was so grateful for this as I suddenly felt very sad and stressed about the situation and the future. Many of those who stepped up were actually almost or actual strangers to me. Other SEND (Special Educational Needs and Disability) parents who completely understood my feelings or who could offer encouragement using their own similar experiences.

I feel like I've been admitted to an exclusive club that no-one wants to be a member of, but make the best of. Because I've already heard statements from well-meaning people which parents of ASD and other SEND children will know are at best laughable and at worst hurtful. I won't list them as the people concerned did, I believe, mean well.

So already feeling a bit lonely I have gratefully accepted invitations to a couple of parent support sessions. Hopefully they will help while I grow the thick skin it seems all SEND parents need.

This week I saw people talking about an article which accused parents of "playing the autism card."

There's no playing going on here I can tell you. I feel so sad about this but am sure there are people out there who can prove some parents do use the so-called autism card for financial or other gain. But mostly I suspect do not.

If stating your child has autism is "playing the card", I am going to have to reveal my hand many times I expect. I am not expecting love and understanding mostly if what I know and hear about people's reactions is true.

Before our diagnosis I met a mum waiting for an older child at a club one of my children attended. Her younger child was holding (and occasionally licking) an AA battery. She looked desperately embarrassed and explained:"He has autism and having that was the only way I could get him into the car to come here."

I got it- Grumpy was already exhibiting similar behaviour, but I saw lots of raised eyebrows and glances which told me other mums thought she was "playing the card" to excuse "bad" parenting.

I already hate saying the words out loud - my son has autism. It even sounds to me like an excuse, especially since mostly I say it to explain outlandish or challenging behaviour.

You can get autism awareness badges but many of the designs I saw seemed aggressive. Phrases like: Keep staring. You might cure my autism then we can work on your social skills." and "My child has autism, what's your excuse?"

I can't help feeling that isn't going to help awareness in any positive way but it makes me fear for the future. The people who designed these badges have obviously had terrible experiences with the "neuro-typical" world. See, I'm getting the hang of the lingo already!

There are others, "I'm not naughty, I have autism" for example, but to be honest if my son is melting down, no-one is going to get close enough to read a button badge. I presume the badges are for older children who don't always have a someone around to explain for them.

I was chatting to my adult son about it and he commented that he thought a badge would dehumanise his little brother in the eyes of strangers. It's an interesting point. So far, no badges have been purchased so I'd be glad to hear your views on the idea of them.

And to those more experienced SEND parents out there - how else can I explain when he doesn't want to look or talk to someone, if he's had enough and melting down, if he's on the floor and screaming or in a ball with a hat pulled over his entire face? If he's uncooperative or seemingly being rude?

He has autism - there is nothing else I can say.