My Post Christmas diet - no, not that sort of diet.

on December 30, 2016
I love the week after Christmas. We do not get up in the middle of the night to queue for sales bargains, we do not stroll around local beauty spots getting fresh air, we do not plan and book holidays (I wish we did but we are always potless after Christmas!)

What we do, largely,  is lounge and eat.

I weighed myself on Boxing Day and was slightly astounded to discover I have not put on any weight at all. Probably because for the week before Christmas I subsisted on Baileys coffee and nervous stress.

There were church services to plan and attend, presents to sort and wrap (I hate wrapping) and since our schools didn't break up until quite late, lots of mum stuff to do.

That weigh-in was dangerous because I now believe I have a magic forcefield which means Christmas food melts away like snow on a drain cover. Bring on the biscuits!

As a large family (yes we have 7 children. Yes we have a TV- why do people always ask that?) people often are understandably reluctant to buy presents for each individual child. They buy a joint present instead. And since those plastic tubs of chocolate seem to get cheaper every year, we get given quite a few of them. And boxes of biscuits. Which is dangerous because I really like chocolates and biscuits.

I feel a little sorry for my fourth son who doesn't eat chocolate. He actually doesn't like it. A stray chocolate chip will make him gag. We end up buying a few packets of ginger or digestive biscuits for his treat.

This haul along with the other treat-y bits you inevitably buy or are given over the festive season makes for a calorie laden week post Christmas.

My husband works for a major supermarket which gives a monthly voucher book or bargains and freebies to employees. The last one contained lots of money off coupons for traditional Christmas food and drink. No, not mead and figgy pudding, things like tubs of peanuts and cream liqueurs.

I save all these goodies "for Christmas" and initially offered them alongside my usual Boxing day buffet. I love this kind of meal which my children call "bits" mainly because it's made up of whatever bits I have in the fridge and freezer.

It's slightly more organised at Christmas though and we have a bit of smoked salmon, hard boiled eggs, pickles, cold meats and salads.

My teenage son adores seafood of any kind and prawn rings in particular. Thankfully even though it isn't in fact 1974 prawn rings are obviously still de rigeur for many households at Christmas so we can usually source one or five. Apart from the dark year of 2014 when there wasn't a plastic ring of frozen prawns to be had for love nor money. No, buying a bag of prawns and arranging them in a ring is NOT the same.

This year however the suppliers realised that no-one could be expected to celebrate the birth of a special baby more than 2000 years ago without a plastic tray of prawns and a sachet of dubious pink sauce so our buffet table was complete.

Its gone a bit downhill from then with my energy and desire to produce endless meals for hungry children dwindling in between clearing up Pokemon cards and jigsaw puzzle pieces constantly. Is it just me constantly yelling "clear this B*$@@£y mess up or I swear I will dump it all in the bin."? 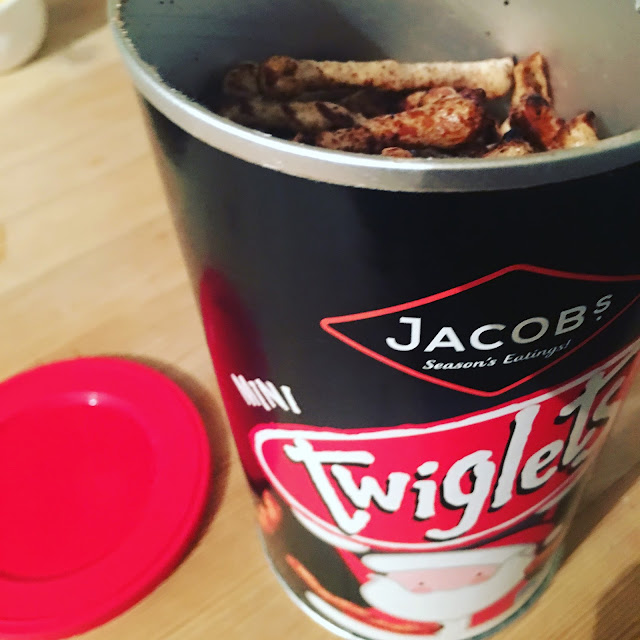 I have taken to foraging in the kitchen looking for anything edible. Like Bear Grylls only with fewer tree grubs. There are however a few out of date bits (mould is good for you right?)  and not much you could actually make a meal out of. The trouble is I always forget to buy "real" food for after Christmas and end up making meals from leftovers.

On Wednesday we made what I am going to call "smug mother soup." which was a hearty and surprisingly tasty soup made from leftover vegetables. I had to Instagram it obvs to show what an awesome parent I am. Only after moving the tubs of chocolate out of shot of course. 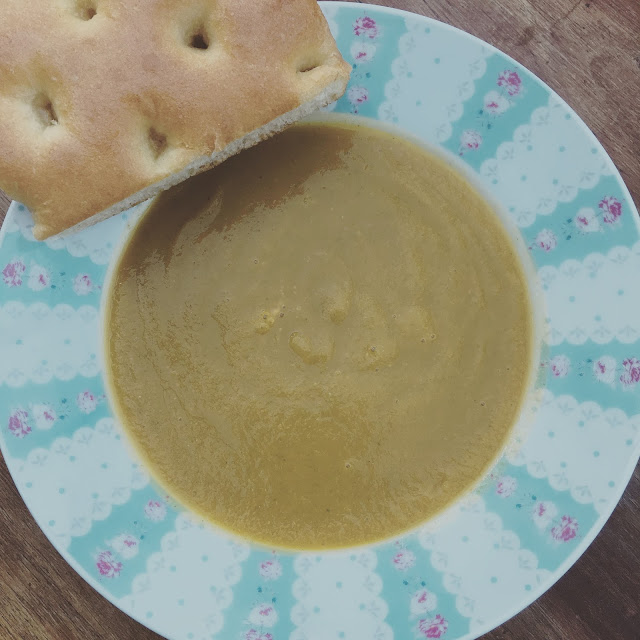 Yesterday I ate cornflakes with hot milk. Ok that's quite normal. Then I ate some gingerbread jellybabies (which are nicer than they sound), about a kilo of Twiglets, some choc chip cookies and the last of the leftover chicken. ( I had cooked one for Boxing Day as because we were at my son's for the big day we didn't have left over meat from Christmas Day lunch.)

Dinner was OK - pasta with sausage meat I forgot to make stuffing with and broccoli from a forest of it  I had in the fridge because I kept forgetting I had already bought some.

Then we worked our way through a tub of chocolates. One down, three to go.

Today I have no idea what we are going to eat. I've just remembered there's a chocolate log lurking in the cupboard I forgot to serve earlier in the week and quite a lot of mince pies in the box I bought for Santa.

There's still some cream liquor left and yet more broccoli. Recipe suggestions anyone?