Shopping for a stroller - for my 8 year old #ASD child

on December 15, 2016
I loved shopping for pushchairs and prams when I was pregnant. We spent many a happy hour browsing baby departments comparing wheels, suspension, liners and accessories.

It became a bit of a joke that over the course of having 7 children I had probably double the number of pushchairs. Including some double pushchairs!

As the children grew I gave away most of them, took a few of the most heavily used to the tip and put just two in storage- my trusty basic Maclaren umbrella fold stroller and my much-loved Phil and Teds 3-wheeler. 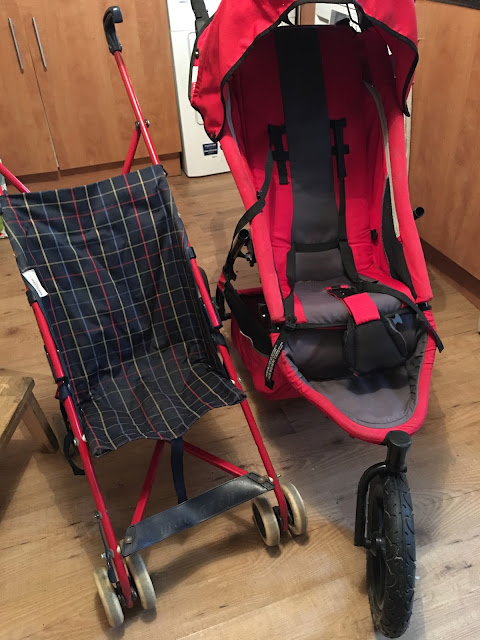 I don't know why I kept them really. I told my husband it was in case I babysat or we had grandchildren come to stay. I think I just couldn't quite let go of the baby years even though my eldest  children tower above me now.

And then Grumpy, our youngest, started to struggle with life a little. To cut a long story short, he was diagnosed with an ASD (an Autism Spectrum Disorder.) It's been a little bit of a relief in a way as we can focus on making life easier for him (and us if I am honest) with the help of experts and support groups.

We have a few day-today issues with him - he hates getting dressed, eating anything that isn't brioche, going to bed and going out. Basically If he could stay inside in his pyjamas all day, eat brioche and play with his siblings he would.

We use timers for tasks (he loves timing himself) and audio books for bedtime. Food is an ongoing project. Going out - that's the hardest.

The trouble is there are a lot of us and if he's had enough we all have to come home. I can hear those of you with neurotypical kids thinking I need to be firm. Yep, I was like that before I had a child with ASD, Being firm won't work, trust me. He gets more and more distressed and begs to go home. Even getting him back to the car or Tube or train takes all our powers of persuasion as the other children shuffle behind trying hard to be understanding but almost certainly resenting their youngest brother's difficult behaviour. 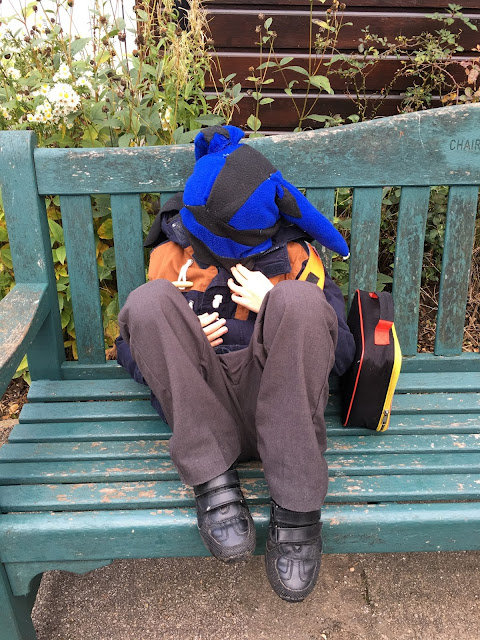 I don't want them to start hating and resenting him. I don't want to give up on family days out and holidays. What's the answer? We've tried bribes and treats and treasure hunts and spotting games - all work for a brief time but not long enough.

Last time we were out he asked if he could sit on the seat of my infamous shopping trolley. We stopped and he took five minutes time out. Then he asked if I could pull it while he stayed seated. Well, no - it's not designed for that.

Fundamentally he needed a stroller. But he's 8 with no actual mobility problems.

I asked the Special Needs parent community their thoughts. The answer came back loud and clear - use a buggy if that what it takes. Turns out loads of them do. I asked a teacher friend who's specialised in SN. She said the same.

Others around us are less sure. It makes him look "special." It's giving in to him. He's playing the ASD card and being lazy. We will look like bad parents.

I decided I'd try a buggy. We dusted off the old Maclaren and the Phil and Teds. They are both frankly too small.

I did a bit of researching. I went back to comparing pushchairs. Wheels, suspension, liners, accessories.

The one which seems to fit his size and requirements most is the Convaid - classed as a wheelchair, over £1000 new and around £400 on Ebay. It will grow with him however and it is the one he likes the look of most.

The Maclaren Major Elite I think may only fit him for a short time but at least I can pick one of those up for around £120-200. There's also the Trotter, also more wheelchair like, more basic than the Convaid but also designed to grow with the child and a lot cheaper at £375 new with a sun canopy. The sun canopy would be used more as a sensory block, giving him a feeling of security. I can't find any Trotter buggies second hand anywhere.

Choosing seems much harder than when we picked out baby transport options and certainly it's no fun. It's stressful and sad.

To be honest I can't afford any of them anyway, certainly not right now, and despite being told we may  be offered help on the NHS (unlikely as he has no physical mobility issues) I was also told the current wait for just the initial appointment with an OT (Occupational Therapist) is almost a year here. I need help with holiday trips and days out NOW.

So we are going to try cramming him into the buggies we have for now. There's more headroom on the Phil N Ted and slightly more legroom on the McLaren. He won't be able to sit for long in either with his knees almost under his chin or nowhere to rest his head but it will give him time out space as we hopefully carry on with our day. 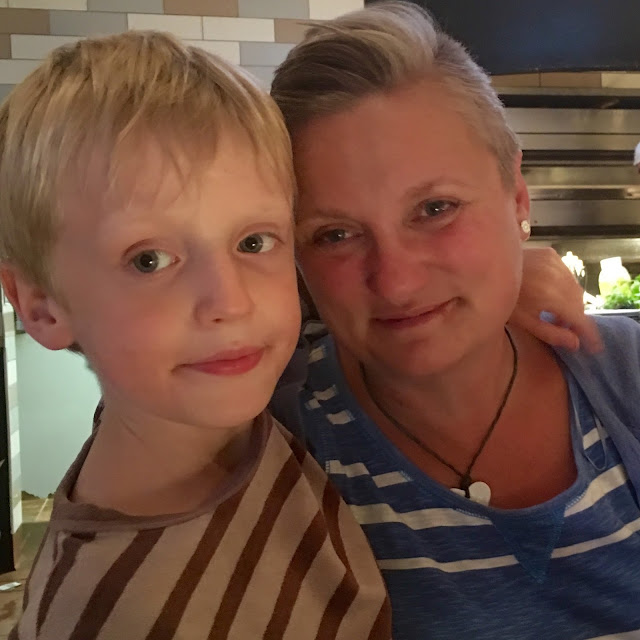 I almost deleted this post before hitting publish as I am worried people will judge us but once again am hoping recording my journey helps someone else. I am sure there are others out there wondering about how to deal with this exact same problem and on a selfish note I'm hoping someone will read this and comment with ideas to help me. I'll let you know how we get on.