Find your lost phone with TagMyPhone -even in airplane mode! PLUS Voucher Code for Madmumof7 readers.

on January 18, 2017
As soon as my alarm goes off in the morning I reach for my precious phone. A quick check of my email, social media and message apps, checking in with friends and family and work contacts who are all scattered across the globe.

I was an early adopter of the mobile phone. My first "brick" model had an antenna which you had to pull up to get a signal. No-one else I knew had a mobile so it didn't ring very often. I used the excuse that it would be good for work but since I worked in rural Worcestershire and it was the late 1980's there wasn't often any signal anyway!

My current model is all singing, all dancing. Well most of them are now aren't they? It's my home office, a videophone, camera, music player, encyclopaedia, travel agent, booking office, wallet, debit card....I can sometimes use it to make phone calls too! 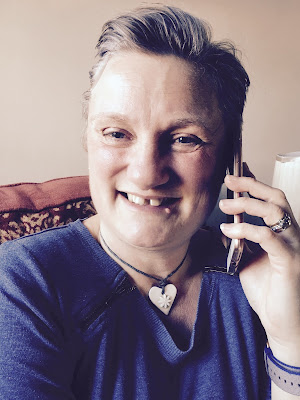 My older children also have nice phones and I constantly worry that they will lose them, just like they mislay so many other things. "Mum, where's my phone" is a constant question in my house.

Thankfully we have always found them (although sometimes it takes weeks) and they have not so far left them on the bus, on a park bench, in the school field or dropped them from the pocket of a carelessly slung hoodie.

I was intrigued by a new app, TagMyPhone which aims to connect members who have lost devices with the people who find them via a secure, encrypted and anonymous messaging system.

The police-certified technology apparently helps recover 80% of lost phones within 24 hours. The system works all over the globe and crucially, unlike other similar systems, TagMyPhone works even without data or network connection. It even works in airplane mode!  I think this is the big selling point for me -my children don't generally have mobile data turned on for obvious reasons so with Find My Phone you kinda have to hope they lose their phone in a wifi zone.

So how does it work?


I chose a picture of a frosted rose I took recently and edited the message to say "If found please leave me a message at www.tagmyphone.com" along with my ID number which I have edited in the pic below obviously! Other than the blurry numbers this is how my lock screen now looks. 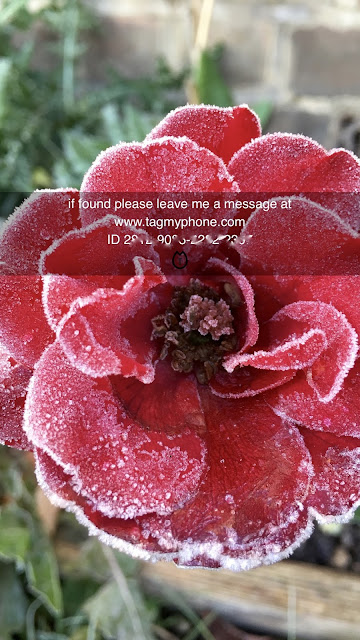 If the worst happens and your phone is lost, dropped, whatever - the person who picks it up can see which website to navigate to and using your code is able to send you a message. You can then arrange for the phone to be returned - maybe dropped at a police station, posted to your office or left at a mutually convenient drop off/pick up point. Obviously don't arrange to meet anyone alone anywhere where you could be at risk!

If you discover you've lost your phone you can report this via your account which can be accessed from any other device (using your login details). This will then offer you the option to leave a more advanced message to anyone who might find your device. Handy if you are on holiday or a work trip - you could ask them to drop it at the reception of your hotel.

How much does this service cost?

Normally a subscription costs 79p for one month or £7.99 for one year. However my readers are able to take out a lifetime subscription for a one-off payment of just £7.95 using the code MADMUMOF7

Just enter the code MADMUMOF7 into the activation voucher code box. Feel free to share this code with as many people as you like. 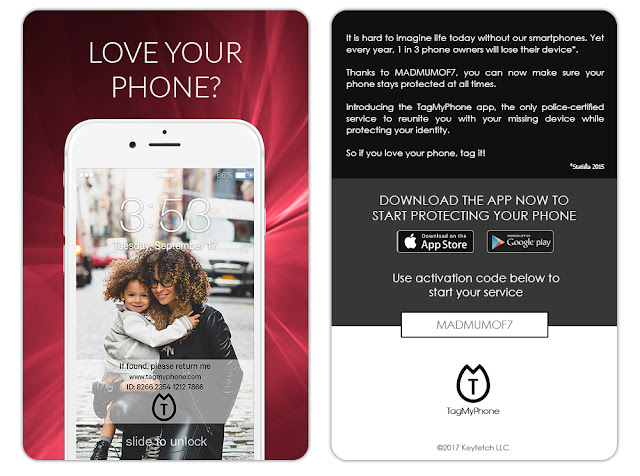 I think £7.95 is a small price to pay to have ongoing peace of mind knowing that if you (or your teenager or employee or whoever) loses the phone you have a much higher chance of getting it back. It's definitely a more reliable system than those random Facebook messages you see asking if anyone recognises the people/cats/view on the lock screen of a found phone.

Even if your phone runs out of battery, if the person who finds it can charge it the message will pop up. Genius!