on January 30, 2017
Let's start with Valentine's day. Now I'm a big fan of any holiday which involves gifts and food so although Valentine's has been somewhat hijacked by shops hoping to make money out of romance, on the whole I'm a fan. 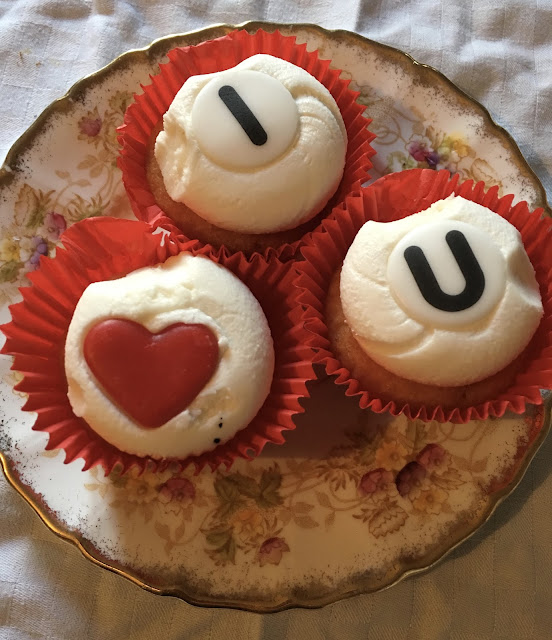 I'll confess I'm a bit of a romantic so am not personally a fan of cheeky or downright crude cards. I saw the row over one store's new collection of almost X-rated cards and whilst agreeing that they should not be on display where curious young eyes might spot them, I also thought it's a shame there's a market for them at all. Each to their own though eh?

Having said that - whilst out shopping today I saw many Valentine's Day displays offering everything from the predictable cuddly toy to sloganed mugs.

One such mug sported the message "You are my Mr Grey."

The son of a drug-addled hooker who writes contracts for his girlfriends?

A guilty ginger bloke with a multitude of secrets wrestling with the demons of his past?

(Yes, I've read the books. (Here's what I wrote about them at the time) I was curious to see what all the fuss was about. No, I've not seen the first film and have no desire (no pun intended) to see the new one. Sorry.)

It just seems an odd thing to want to give your Valentine unless you are genuinely into that field of eroticism in which case I'm still not sure you'd want a mug advertising it.

Last week I treated my teenaged son to lunch in our local fish and chip shop. The sign over the door says "Fish and Chips."  There is a large clearly-written menu above the counter. There are tables and chairs where amongst others, my son and I were eating fish and chips.

I am a nosy old cow and love a spot of people watching and have a terrible habit of eavesdropping too. I can't help myself.  Its a useful skill for a journalist and frankly, as a parent. I can even talk to someone and listen to another conversation behind me. You have been warned.

So, there we were in the chip shop when I heard a man come into the shop and ask the guy behind the counter: "Do you sell chips?"

Of course the server answered in the affirmative so the customer ordered a portion of chips. I'm still wondering what the customer was thinking. This is not a kebab shop or other takeaway which might or might not offer chips as a side order. It's a proper British-style chip shop. They don't even sell burgers or kebabs!

This may not interest you in the slightest but whats the point of having a blog if you can't share the stuff which swirls around your head.

If I had been that chip shop employee I would have been tempted to answer his question with a straight-faced "no" to see what happened next.

So there we have it. The latest emptying of stuff in my head.