on February 16, 2017
I was really lucky when I was a teenager. My stepdad was a mechanic and so although my first couple of cars were not exactly new, they had been maintained by him for their previous owners and he continued to look after them for me.

He was also adamant that if I was to be a driver I should also take responsibility for looking after the car so he showed me how to check my oil, water and tyres. He even showed me how to change a tyre though I confess to this day I have never actually done this even though I've had several punctures.

Moving forward a couple of years and at the time I met my now-husband,(in the early '90's)  I was driving a beautiful Citroen 2CV which looked like this one but had a picture of a lady holding a flower painted on the doors. 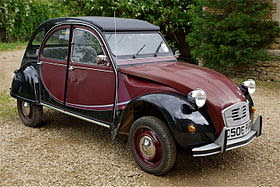 An odd choice for a young driver you might think but my stepdad kinda stepped in after I wrote off a more typical girl-racer hot hatch. He recognised that like Tom Cruise and his pals, I often feel the need. The need for speed. (no idea what I'm talking about? Watch the short YouTube clip!)

I asked hi to find me another car to replace my crumpled hot hatch and he brought round the 2CV with a cheeky smile saying I needed to learn to slow down.

Turns out I loved that 2CV with it's quirky dash-mounted gearstick, roll back roof and flapping windows. It however did not like the motorway drive from my home in the West Midlands to my boyfriend's home in Hertfordshire.

I broke down quite a few times.

Thankfully I had breakdown cover  so was never completely stranded but hated the delay and feeling exposed and vulnerable on the side of the road.

I ended up with a more sensible car which coped with the commute and served me well until the first of my seven babies came along.

Since then my vehicles have got bigger and bigger, peaking at a 9-seater VW long wheel-based transporter. I LOVED it but as our chicks started flying the nest it became an embarrassment. While the kids were at school and I wanted to pop into town I felt guilty driving an empty bus and considered stopping at bus stops to give random strangers free lifts. 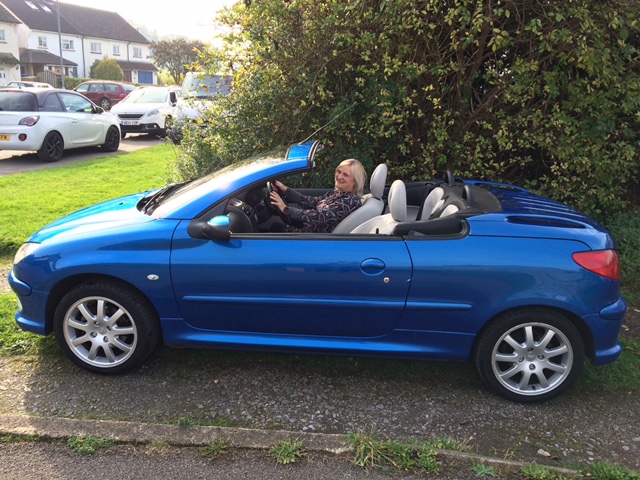 Now we own two cars - a seven seater family vehicle which some might describe as a Chelsea tractor, and my little Peugeot convertible which just about has four seats. Well two seats and two back seats for petite passengers.

One thing we have learned over the years is that it is vital to maintain your car if you don't want to be left stranded or car-less at a crucial time.

We ignored warning signs on a MPV we owned once as we didn't think we had time to get it looked at before our holiday. It overheated on the car queue into Disneyland Paris and we had to feed it expensive mineral water to get us to the ferry to get back on British soil where our breakdown service would be valid.

Now we mostly use our local garage to look after our cars. They get to know the vehicles and can advise as to what work will be needed if not at that moment, in the near or less near future.

Check your tyres regularly or ask your local mechanic or a trained tyre technician to check them for you and get expert help when you need new tyres as unless they are the right ones for your vehicle and usage the wrong decision could be a deadly one.

Not sure where to turn for help and who you can trust? Ask for recommendations from friends and check out reviews online. If you live in West Yorkshire you could get in touch with Ossett Tyre House for Car Tyres in Dewsbury where they have an extensive choice of tyres in stock including winter and summer tyres. They'll even store your winter tyres for you during the summer and vice versa!

My other top tip would be to always have an emergency kit in your car in case of breakdown. Think about including a reflective triangle to put behind your car if you breakdown, a warm coat and small blanket in case you have to sit on the verge out of danger, a phone charger and a cereal bar and bottle of water in case you have a long wait before you are rescued!