You have no idea. When people doubt your child's #ASD diagnosis

on February 22, 2017
My son is bright, chatty and makes eye contact. This does not alter the fact that he has autism. Sadly though I feel like I constantly need to "prove" his diagnosis to well-meaning folks who think everyone with autism is like Raymond from the '80's movie Rain Man. 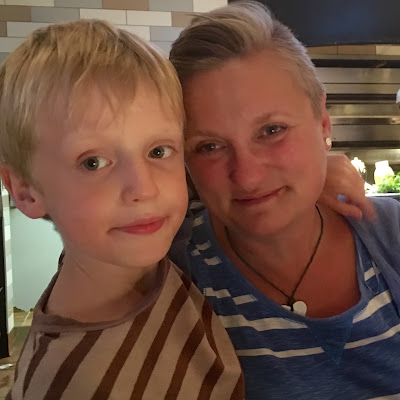 I have been told I should "make" him do things. I have been advised I should just get him to "pull himself together." I have seen the looks as I try to deal with episodes of distress in the playground and just know some of these parents watching are thinking I am failing to end a tantrum.

I am lucky in that I have a few close friends who, even if they don't believe the diagnosis (I'm not sure they all do) they at least try to be supportive. But there are many more who don't.

I've had people point out occasions where they've noted him being "all right." When he has talked to them "normally" or they've seen him playing. They do not see the endless effort it takes for those brief times of peace, the preparation both verbal and in practical terms.

I carry round what I used to call a "baby bag" stuffed with bits and pieces in the name of "just in case."  Food, toys, ear defenders, and other tools we are learning to use to make his life easier. 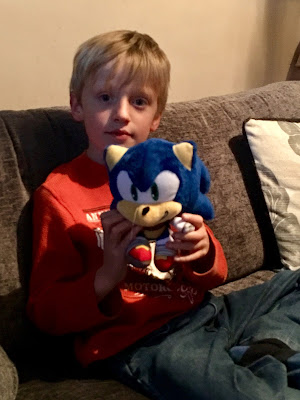 Therein lies the problem I think. Observers think we are all about making his life easier. I should change that word to bearable maybe. Without his ear defenders, his giant hat with ear flaps, his toys and gadgets which help him shut out the overstimulation of our world, the comfort items which ground him and reassure him, he would be lost in a scary, noisy, smelly uncomfortably bright hell.

It would be like turning up your TV and your stereo in your bedroom up to full volume, leaving the lights on and a box of long-dead sardines under your bed and expecting you to sleep peacefully.

My son can often pass as neurotypical to those who don't recognise his stimming, his expressions, his body language as borderline panic mode.  Those people who don't realise that one tiny little thing can turn that smiling boy into a screaming ball of anxiety in the foetal position.

I know my boy. I can largely predict what will make him anxious, angry or distressed and yes, I do everything I can to help him deal with those emotions. I am acutely aware of small changes in his demeanour which warn of a meltdown or a withdrawal. My life has been taken over by a need to protect him and to help him live the best life he can.

This is not a pity party. I seriously would not change a thing about him. Just like my other children he has an amazing personality, sense of humour, impressive intelligence a unique view of the world and oceans of love to give. I'm just pointing out, like any parent would, that no-one knows my child like I do.

Suggestions on parenting  techniques from people who don't understand are neither helpful or welcome. Indeed so called experts and even those who have children with similar conditions don't always have the right answers for his issues either.

Thankfully most parents of what are often know as SEND children (special educational needs and disabilities) and those who work in that speciality are at least aware of this and when they offer suggestions they generally have some experience behind those ideas. Sometimes the ideas work, sometimes they don't. At least the ideas are offered with an acceptance of ASD in mind.

I get it. It's like many other situations. If you haven't experienced it, or something similar yourself it's very hard to understand.

Living with my son has made me open my mind. I feel ashamed of judgements I have made in the past about children I've seen screaming in the supermarket, behaving badly at soft play, glued to a tablet or phone in a restaurant.

Which is why I would never have a go at the well meaning folk who seem to doubt my son's diagnosis, who point out aspects of his behaviour as proof he is "normal".

It can be frustrating but I am going to try to just think to myself: "Think yourselves lucky -you have no idea."
#ASD #autism autism mom ASD autism Mom mummy blogger parenting parenting blogger SEND special needs parenting