Autism awareness out & about. How to make a themed medical alert badge.

on March 31, 2017
A trip into London can be lots of fun. There's the excitement of using the London Underground, or riding a double decker. There's the atmosphere generated by the bustling crowds, lots of shops and interesting places to eat and new experiences to be had to create lifelong memories. 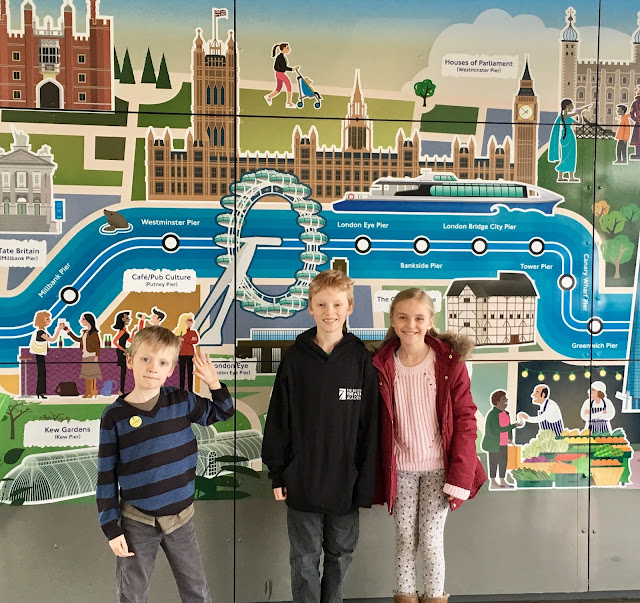 However, if you have autism or an ASD (Autism Spectrum Disorder) all this excitement and new stuff can lead to stress, anxiety, overloaded senses and/or a meltdown.

We travel into London quite frequently as we are just a short journey away from "town" but we have discovered that attending blog-related events or even standard family days out can be stressful for our youngest son who has been diagnosed with ASD.

Take our last trip for instance. Usually he enjoys a ride on the tube but recently he has become anxious about the trains pulling in and out of the stations while he's on the platform, and by being on the actual train itself.

A few weeks ago when we bought his special needs stroller I also bought a bag which we keep packed with his essentials - iPad, ear defenders, choc chip brioche, fiddle toys etc.  Searching online for accessories for his stroller I found a button badge which said "I have autism - please be patient".

I hesitated but thought it might be useful to pin onto his bag which hooks onto the buggy handles to inform people who might be wondering why our 8 year old sometimes runs and skips and jumps and sometimes rides in an oversized pushchair. 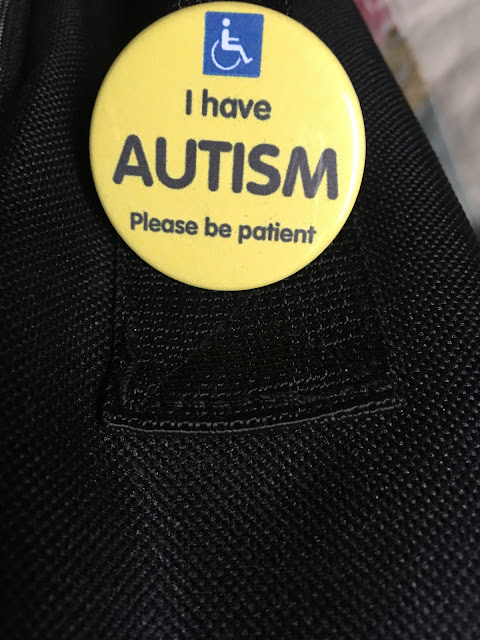 I was a bit dubious about the blue wheelchair/disability image on it at first but felt the wording most suited what I wanted it to say. The wording on some badges available seem a little aggressive to be honest.

The first time out and about with it we coaxed him onto the tube and then found we had to stand.  He started to exhibit signs of distress. We had become separated from my husband who was carrying his chair but I had his bag with the badge on.

A woman spotting the badge offered us the seat she was sitting on which I gratefully accepted - it's a lot easier to comfort and hug a distressed child when you are able to sit with them on your lap rather than wobbling around on a packed moving underground train.

I wondered if without the badge she would have just thought he was being silly and not offered support? Certainly other people around who couldn't see his badge just stared at him sobbing, pulling his hat over his face and trying to crawl up inside my jumper.

We decided to let him actually wear the badge for the rest of our trip but of course it is small and wasn't always visible. You can see it on his jumper in the first picture but it did get covered by his coat when he wore it and the pin wasn't strong enough to attach the badge to his coat.

I also worried about the risk of injury from the less than secure pin fastening. He wouldn't react well to being pierced by his own badge.

At home I decided to make him a safer, more visible awareness badge and ordered a lanyard from Ebay. I found a selection of Pokemon themed lanyards which I knew he would love and settled on a bright yellow one with Pikachu on.

I then ordered a plastic card/badge sleeve -the two items cost just a couple of pounds.

Using the business card template from my Word programme I created a sign with the same wording as his badge. I also added the blue wheelchair image as it is understandable in any language - useful when you are in a cosmopolitan city like London where not everyone can read English. I thought we could also use it during our journey to and from Cyprus later in the year as I have no idea how he will cope with the airports or the aeroplanes.

I made two cards and inserted them into the plastic sleeve back to back so both sides show the message. 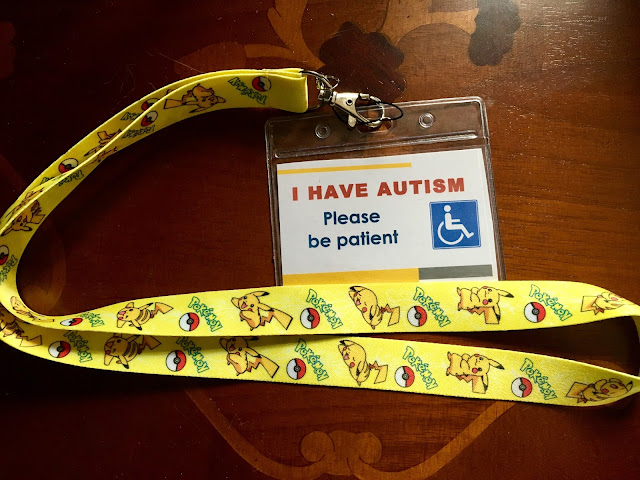 My son is 8, verbal and quite capable an willing to express his opinion on things so when I showed it to him I wasn't sure how he would react. He is however very relaxed about his autism diagnosis (he calls it his visible weirdness) and feels no need to be embarrassed about it - hurrah!

Turns out he LOVES his new badge and lanyard and is looking forward to wearing it on our next big day out.

The only thing I might change about it is that I realised the lanyard I bought doesn't have a safety release clip so I might actually order another one which does. You can also order lanyards with information printed on them ( I had a madmumof7 one made for a blogging conference) so you could put their first name on, or a contact number.

I plan to write my mobile number on the back of one of the cards so if (heaven forbid) we ever got separated he could show someone it even if he couldn't talk.

I hope people will see the positive side of this action. Yes I am labelling him but only so people around us can be aware of his condition and hopefully tolerant of any unusual behaviour or reactions they might witness.

I'm lucky that he is able to tell me whether he wants to wear it or not but to be honest if he couldn't I think I would use it for him or on his chair anyway. It certainly saves having to explain to staring onlookers all the time!