Beauty and The Beast & Wagamama at the O2 Centre, Finchley #review

on March 22, 2017
My daughters have been dying to see the new Beauty and the Beast movie and at the end of a truly rubbish week it was a real treat to head to the Vue cinema at the O2 Centre in Finchley London to see if the film was amazing as everyone seemed to think it was. Worrying that the cinema might fill up quickly with a rainy weekend forecast I booked my tickets online for the 11.15am showing. I was impressed that you get a discount on the adult price for teenagers - every little helps!

Arriving at the O2 Centre we parked easily in the huge carpark behind - don't forget to get your parking ticket validated if you spend money in the shops, restaurants or leisure facilities as it knocks quite a bit off the parking price.

I'd brought my two girls aged 10 and 16 along with their 12 year old brother to see the movie and it was quite a job to drag them past the shops and the lurid pink piano which is currently in the centre for people to play. (Go along and have a go- you might win a £50 shopping voucher!)

Once I'd got them to Vue it was a simple matter of showing the staff the QR code on my phone and browsing the huge range of snacks available and then we were straight through ready to settle into our large and luxurious (standard!) seats for the film. The people behind us in the VIP seating had acres of room and extra leg room. Lush if you like to properly relax during the movie.

The next two and a bit hours were magical. I wasn't sure what to expect from the film and I won't go into too much detail in case you haven't seen it yet but it's a classic tale given a modern twist with some big names, amazing special effects and a complex enough storyline to entertain adults and children alike.

I liked it more than I expected - in fact I loved it,  and the children were starry eyed as they left, full of the film and sharing their favourite bits and best lines. I did hear one very small child crying as some bits are quite loud and timid children might not like the Beast's roar but on the whole the audience in with us (including small children) seemed to love it as much as we did.

Days out like this are parent's compensation for sleepless nights and head lice removal duties and we were having so much fun we decided to enjoy lunch at one of the many eateries in the centre.

My children have never been to Wagamama and since they all love anything with rice or noodles it seemed like a good choice.

They all fell briefly silent as they perused the choices - we were impressed by the imaginative choices on the kid's menu and the extensive main menu. 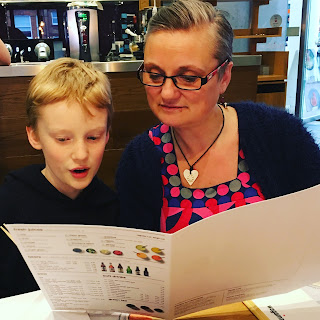 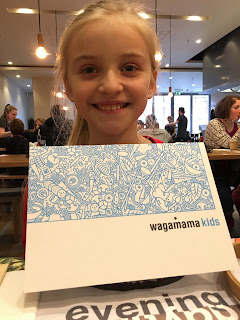 My younger daughter went for mini yaki soba (which wasn't all that mini actually!) which included chicken, egg, sweetcorn and mangetout with amai sauce. She was delighted by the children's easy-to-use chop sticks which had wide blades for easy eating. 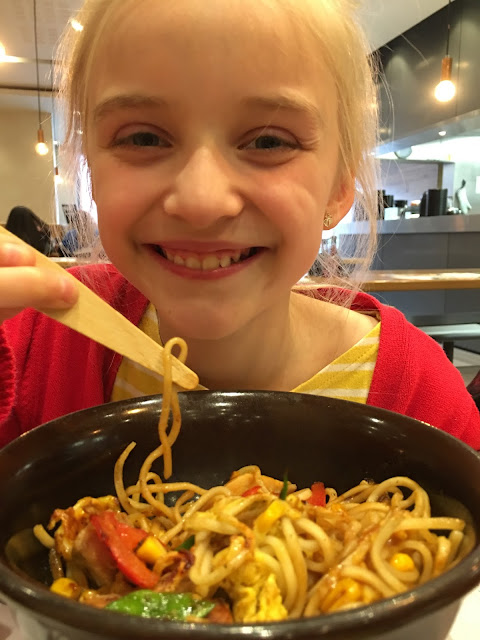 My son chose mini cha han- stir fried rice with chicken, egg, sweetcorn, carrots, mangetout and amai sauce. The kitchen added prawns at his request as he liked the look of the main menu cha han which comes with chicken and prawns but didn't think he could eat that much.

My older daughter and I both went for the cha han  which was both generously portioned and tasty.

Our bill with drinks came to just over £35. Not bad at all!

The meal was a perfect post-cinema treat and we headed home full and happy.

If you haven't been to see the film yet - book it (even if you don't have any children to take along) and if you've never tried Wagamama, do - there's lots of choice for the adventurous and not so brave! 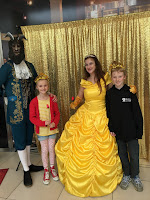 Disclaimer: I was reimbursed for my costs for our day out in return for this honest review. Views and opinions remain honest and my own.
Beauty and The Beast children's movie cinema Disney family fun family films foodblogger movie review mummy blogger parent blogger restaurant review review VUE Wagamama