on April 30, 2017
My bed is currently hidden under a pile of clothes. This actually isn't particularly unusual but at least this time it's because I'm trying to be organised, not just because I'm too lazy/tired/busy to put the laundry away.

Levels of excitement are high because in just a few short days I am jetting off for a child free holiday with my husband to celebrate our silver wedding anniversary on May 9th. Yes, that's right. Despite multiple attempts at dying to get away from me we have managed 25 years of marriage which I believe entitles us to some guilt-free alone time. 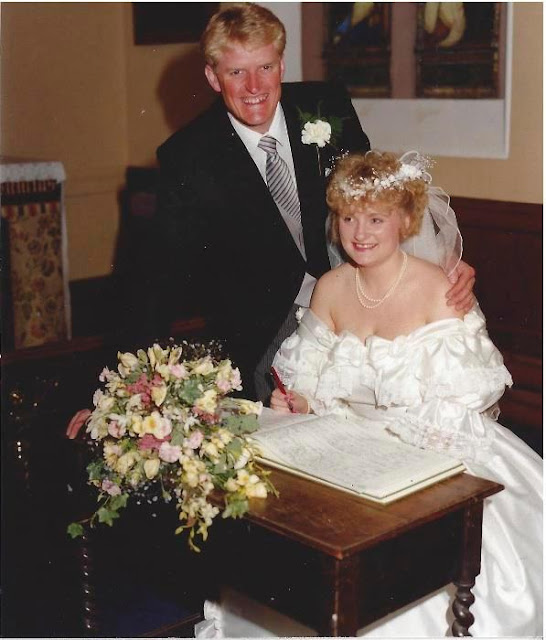 Well, I say alone time. We are actually going to stay in my mum's spare room. Luckily, her spare room is in her lovely villa in a gorgeous little village near Paphos in Cyprus so we are looking forward to a week of sun, Keo beers and brandy sours and some of the biggest pork chops you'll ever see.

Just a week ago I was in The Sun wearing my wedding dress and that, combined with my approaching anniversary has made me think about our marriage which I have to say has so far (touch wood) been largely happy and successful.

I'm not saying we don't have our off moments - I would worry about any relationship, platonic or otherwise, which didn't have those. But mostly I am proud to say my husband is still my best friend and I don't regret saying "I Do" even though some thought we married in haste.

When I was a cub reporter I was sent out to speak to couples celebrating milestone anniversaries to ask them what they believed was the secret to a happy marriage.

At the time I could predict what they would say mostly.

I'd inwardly roll my eyes and dutifully write it in my notebook but now I know what they meant.

In my experience, it's not always about winning. Being a good partner is sometimes knowing when to zip it when you KNOW you are right or apologise when you don't really think you've done anything wrong. It's about trying to avoid going to sleep on an argument. Sometimes it's about doing stuff you don't want to do and tolerating stuff you really want to shout about. And not always saying "I told you so." when it turns out you were right.

It's about compromise. An example - we soon realised that I'm an early morning person and he's a late night bloke. We accepted that we couldn't always go to bed at the same time so it's not a failure for me to go to bed leaving him downstairs watching the sport. And I will often get up int he morning leaving him in bed. It avoids either one of us lying awake resenting the other one's snoring. (mostly!)

I often wonder about dating sites matching people through shared interests and worry people put too much store in that. I think we make a good couple because actually we are quite different and when we met had very little in common, but we had the same aims.

We have very different musical tastes, upbringings and there's quite an age difference but we soon realised we both wanted the same outcomes in life. We got engaged after just six weeks.

We like the same things - having babies and eating nice food mostly but that would be awkward if we had disagreed about the number of children we wanted and couldn't agree on what makes a good night out (or in!) 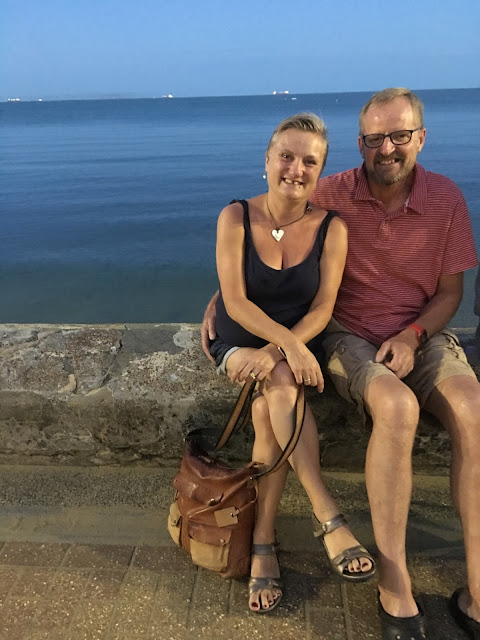 A successful marriage IMHO is about not getting caught up in comparing your relationships to other people's or holding onto unrealistic expectations. Take it from me - you won't change him/her. You might be able to persuade them to ditch the jumbo cords and terrible jumpers or to only play MUSE at full blast in the car when you aren't with them but major changes to their personalities? Not gonna happen, not with bribery, emotional blackmail or threats.

Take romance. Not everyone can have hearts and roses, endless compliments and Valentines day every day. My husband is NOT romantic. If he buys me flowers I know it's because they were vastly reduced or he's dented my car but he will hammer and saw bits of wood to make me vintage-style shelves or doors or flooring after a long day at work. He will also often let me have first pick of the chocolates as he knows I hate nuts.

I have been every size from 8-20 during our marriage and he has never commented negatively when I know I look less than my best. He has never criticised my appearance, and supported me when I wanted breast reduction surgery even though he still misses my previously ample bosom.

He also supported me when I said I wanted to stay at home to raise our children even though it has meant he has had to work stupid long hours so we can survive on one income.

When I started the blog instead of getting a "proper" job he was awesome - defending me to friends who thought it was a waste of time. He still believes in me and is adamant that one day this little blog will lead to great things for us.

We vowed  "in sickness and in health" and it seems we've had more of the former than the latter. Diabetes, MRSI, a heart attack, TIA, hole in the heart, Fibromyalgia, major knee injury.......we've weathered it all together and I'm sure there will be more to come. 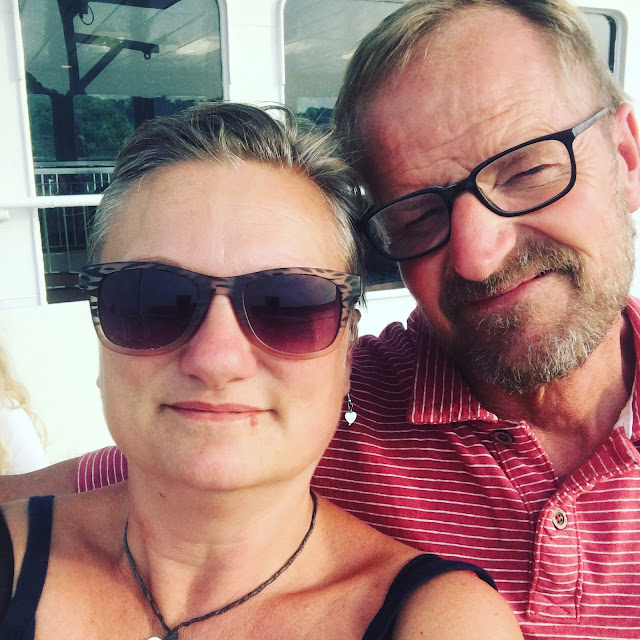 I still look forward to him coming home and when he annoys me - because of course he does sometimes - I recall his good points, of which there are many. I also remind myself of my less than lovely characteristics which he largely tolerates.

He's not perfect, but neither am I. Even when I'm pissed off with him I still love him so I think the following would be my top tip for those looking for the secret to a long-lasting relationship.

If things get tough and you are not sure you can go on, try recalling the good times. Remember why you fell in love with them in the first place and if you think that basis is still there, it's worth working at. Marriage/relationships are not easy but there is professional help out there if you can't find your way back to love alone.

We are lucky - mostly I don't feel the need to smother him in his sleep and since I'm still here I presume he feels the same way.

Anyway, we've got seven children so he probably couldn't afford the maintenance if he tried to leave me now (see what I did there?). Plus he never learned to cook so he'd probably starve to death without me.