on May 04, 2017
Going out was actually the last thing I felt like doing on a chilly drizzly Tuesday following a hectic bank holiday weekend. My pyjamas and an early night seemed almost overwhelmingly tempting.

On the train into London to the new Pizza Express in Cromwell Road, Kensington I actually dozed off briefly. Emerging from the Gloucester Road tube station I was relieved to see the impressive building the restaurant is housed in was literally a few weary steps away. 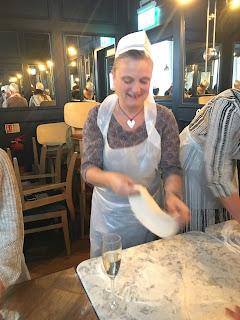 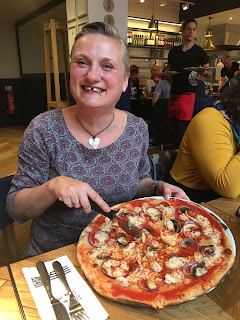 Fast forward just a short period of time and my apathy had been swept away in a perfect storm of Prosecco, pizza, laughter and learning which made that dull Tuesday feel more like a sparkling Saturday. Pizza is a family fave in our house and we've visited lots of restaurants serving pizza including the London Pizza Depot in Walthamstow where we had a great experience.

Apparently you just need a minimum of 8 people to hold a party and it costs £21.95 per person to include a glass of Prosecco, your own dedicated party host (we had the impossibly handsome and very Italian Gianmario at our beck and call) and lots of fun and games while you learn how to make the pizza. You can relax and chat while the staff cook your creation then you eat!

I was handed a glass of fizz when I arrived and as soon as the other party goers arrived (a mixed bunch of bloggers made up of some old friends and some soon-to-be new friends) we were shown to the centre of the action, a flour covered table, ready for some pizza making.

It transpired that we would be competing for three titles - "best pizza", "best dough tosser" and "don't give up the day job."

Firstly - tossing. (stop sniggering at the back please!)

I make a lot of pizzas at home but without fail they end up oddly shaped creations which are difficult to slice evenly. Luckily, my kids don't complain they just shovel it down regardless.


Hopefully now I've been taught how to stretch then toss my pizzas, they will be a little more even. Although my first attempt left the dough a little hole-y. 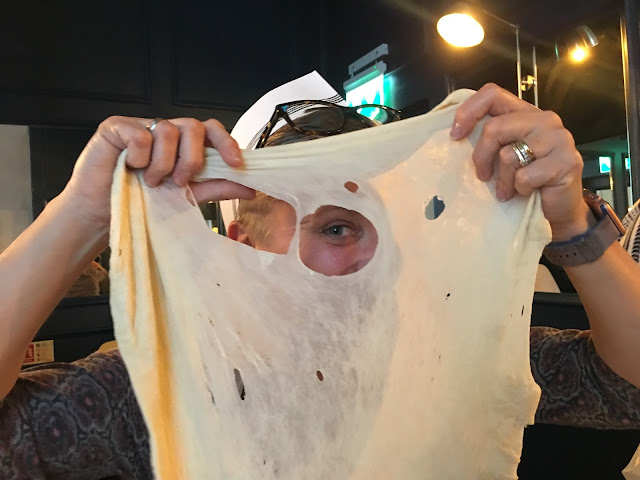 My second attempt got accidentally drenched in Prosecco so the base I am displaying below is almost perfect because I didn't actually make it! 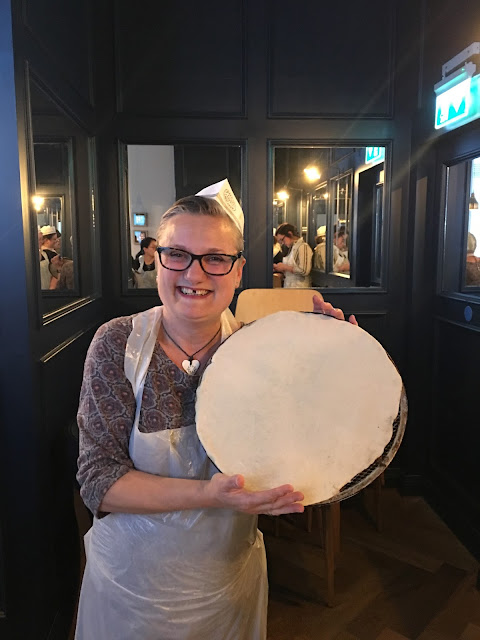 We added sauce then were given free range with a range of ingredients including artichoke hearts, mushrooms, goat's cheese, chicken and spicy sausage.  The whole lot was topped with cheese of course. 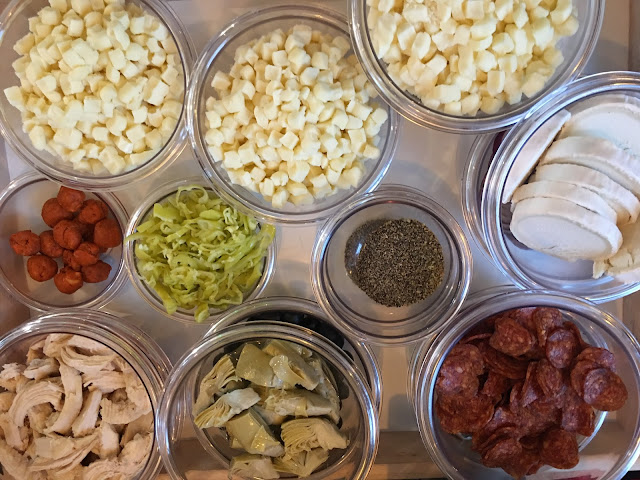 Pizzas topped, we retired to our table to drink more Prosecco and eat Pizza Express's infamous crave-worthy dough balls while we waited for our creations to cook. 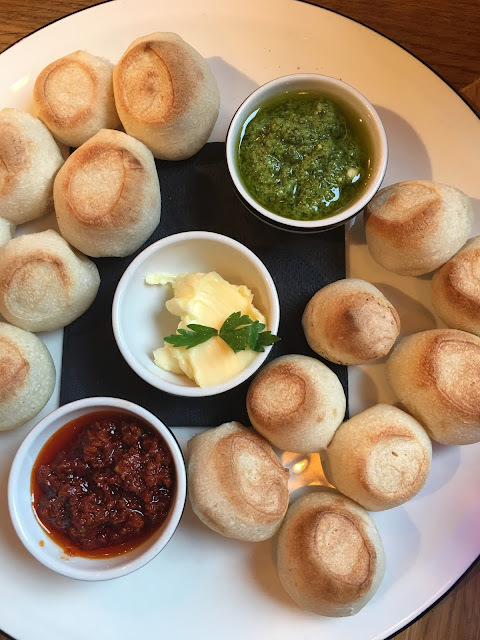 Throughout the evening there was lots of chat and laughter encouraged by the friendly and entertaining party hosts. It really felt like a party even though I only knew about half of the people attending.

I would imagine one with all your "real life" friends would be even more fun especially once you had taken away the blogger trait of sharing almost every single second of the event via a range of social media.

With all the fabulous food to eat I had forgotten about the  light-hearted competition and was delighted to learnt that I had won.......Best tosser!!! 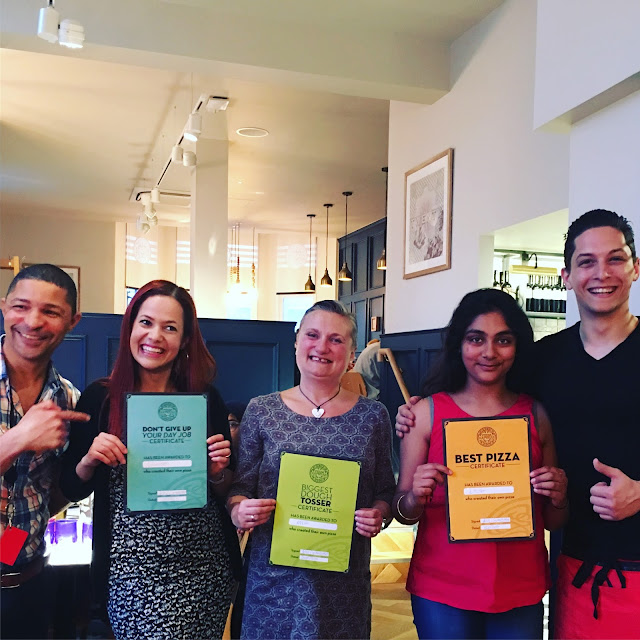 I waddled back to the tube station full of pizza, Prosecco, pud (I had the honeycomb cream slice) and a warm sense of bonhomie after a lovely evening in a beautiful stylish location. 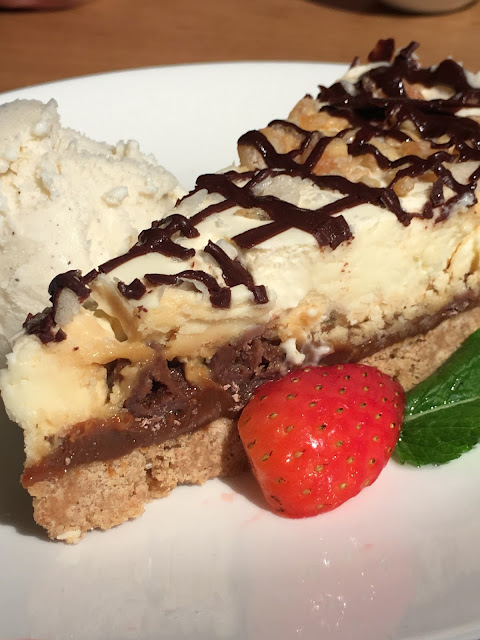 Disclaimer: I attended a Pizza Express Adult pizza making party free for the purpose of this honest review.